This is the shocking moment a gunman opens fire in central Barcelona in
Spain while his injured relative falls to the ground and is eventually
bundled into a car during a bitter dispute between two gypsy families.

Four people were wounded during the gunfight in the Nou Barris district of
Barcelona in the eastern Spanish region of Catalonia that took place at
around 10.30am.

Reports said that the injured men were a father, his two sons and his
granddaughter, who was also hit by a stray bullet.

The Mossos d’Esquadra (Catalan police) said the shootout was a dispute
between two clans after a son and daughter from each family broke off their
relationship. 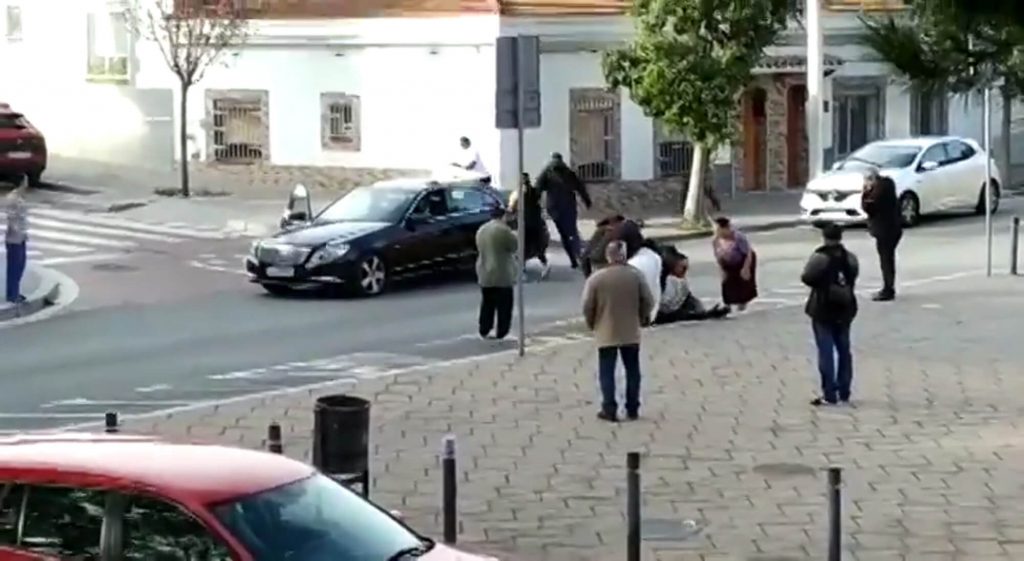 The emergency services were dispatched to the scene, but by the time they
arrived the alleged gang members had already disappeared and they only found
blood marks on the ground.

The hospital admitted four people with bullet wounds and two of them are in
a critical condition, according to local media.

In the footage, a gunman is seen shooting down the street as an injured man
is being propped up by a relative on the other side.

The wounded man falls to the ground and loved ones gather around to assist,
some of them wailing in distress thinking that he is dying. 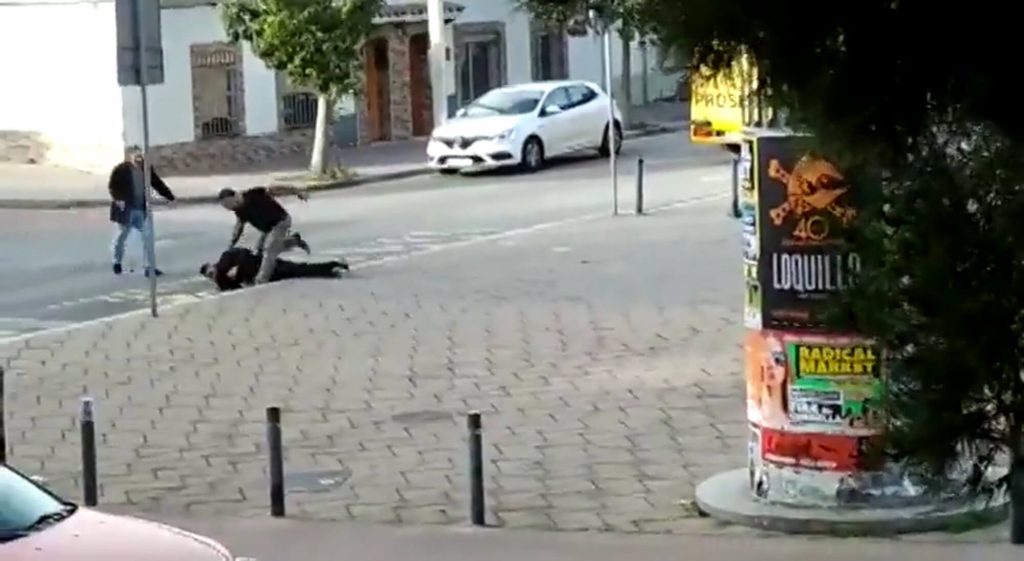 A dark car approaches and several men jump out to put the body inside before
driving off.