Winnie the Pooh was banned during a recent visit by the Chinese president to
Spain over fears he might cause offence because the two are often described
as looking similar.

The children’s character, in reality a street performer who makes his money
posing for tourists on the busy Madrid plaza where the Chinese leader was
given the keys to the city, was told to leave by cops.

Local media said the move was because President Xi Jinping has become
somewhat sensitive to Winnie the Pooh after it was pointed out he looks just
like A. A. Milne’s beloved bear.

The comparison began after a visit to the White House when Jinping was
pictured walking alongside then-president Barack Obama.

Netizens shared unflattering memes of the Chinese president as Winnie the
Pooh while Obama was depicted as Tigger.

To his dismay, the trend continued when the president returned to China. 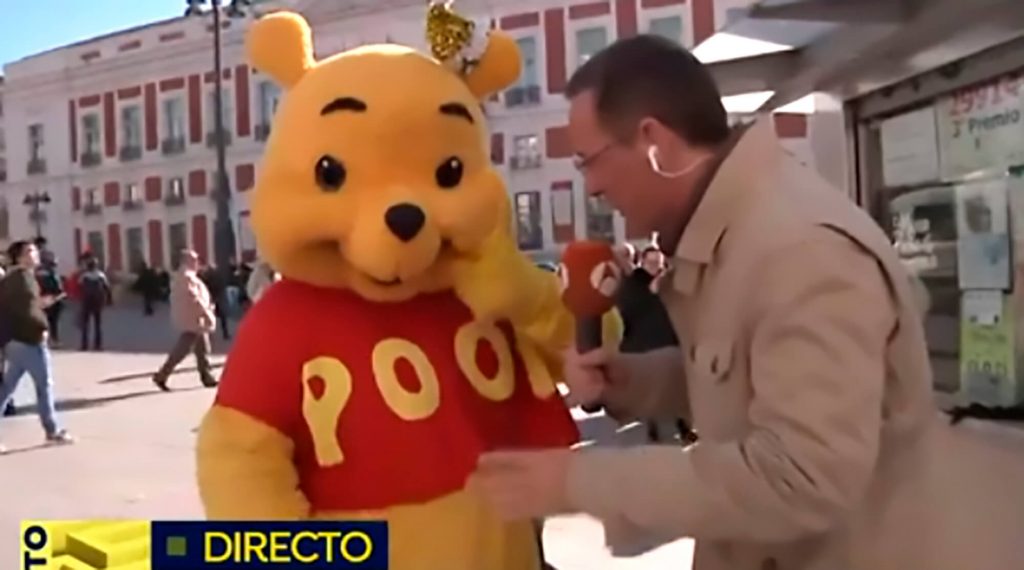 The recent Disney movie ‘Christopher Robin’ was also banned in the communist
country.

President Jinping was in the Spanish capital this week as part of a state
visit and a known Winnie the Pooh impersonator in costume was told to clear
off from the Puerta del Sol public square.

He was told that it could be “offensive” to the Chinese president, who was
visiting the area to receive the Golden Key of the City of Madrid from Mayor
Manuela Carmena.

The Winnie the Pooh impersonator told local media: “I was told to walk away
so that he (President Jinping) would not see me. I did not have an issue
with it, and it was only for 20 or 30 minutes.”