A Spanish news reporter has fired back in a war of words with a UK
journalist over Brexit saying Brits inundate the Spanish coast with “pee”,
“vomiting” and “drunk young people”.

London-based ABC news reporter Julia Macfarlane had joked in a social media
post about the British government’s conflict with Spain over the status of
Gibraltar after Brexit, writing: “If we do go to war with the Spanish, we
should do it in the afternoon when they’re all having siesta.” 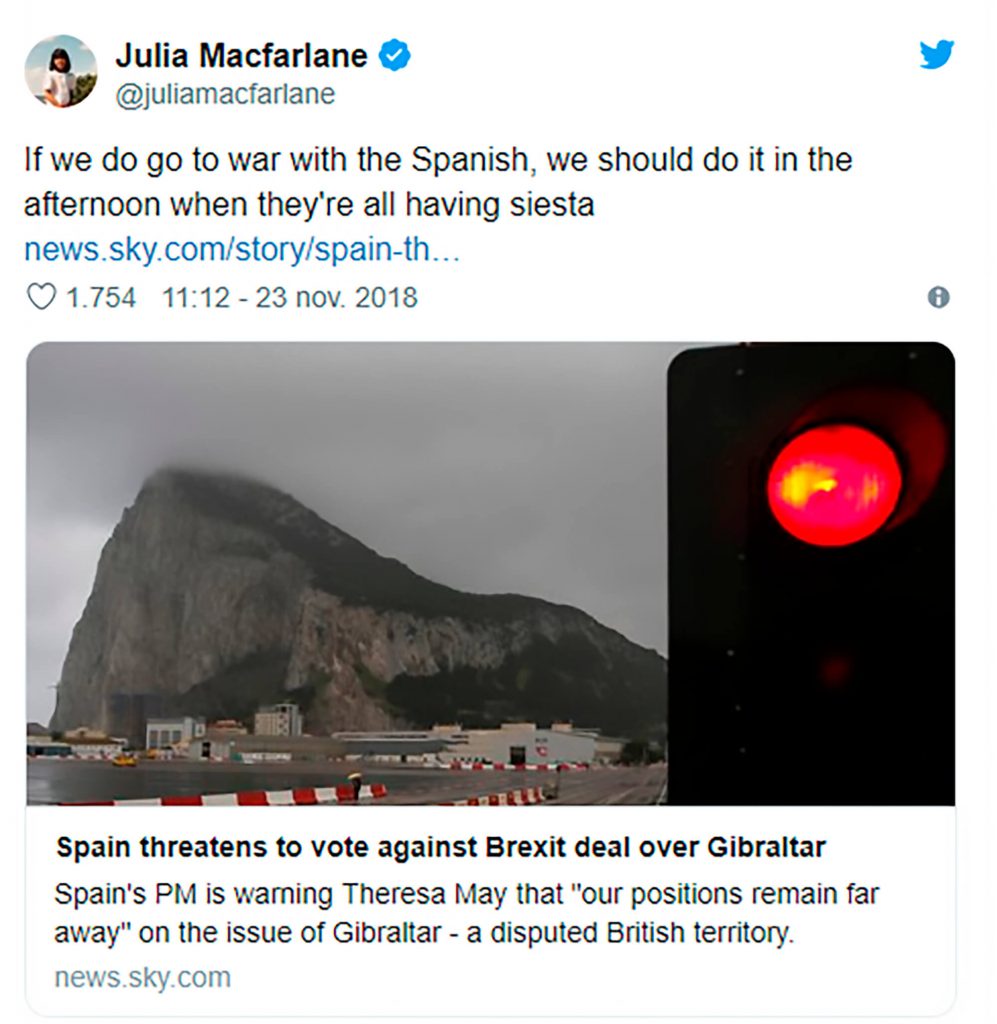 She added a link to a news article published by Sky with the headline:
“Spain threatens to vote against Brexit deal over Gibraltar”.

Spanish news reporter Carme Chaparro, 45, did not react kindly to
Macfarlane’s post, firing back with a message of her own, writing in English
on social media: “Or you can attack us a few hours later, inundating the
coast of Spain with the pee, the vomiting and the screams of the drunk
British young people who visit us… ups, you do it already…
#stereotypes”. 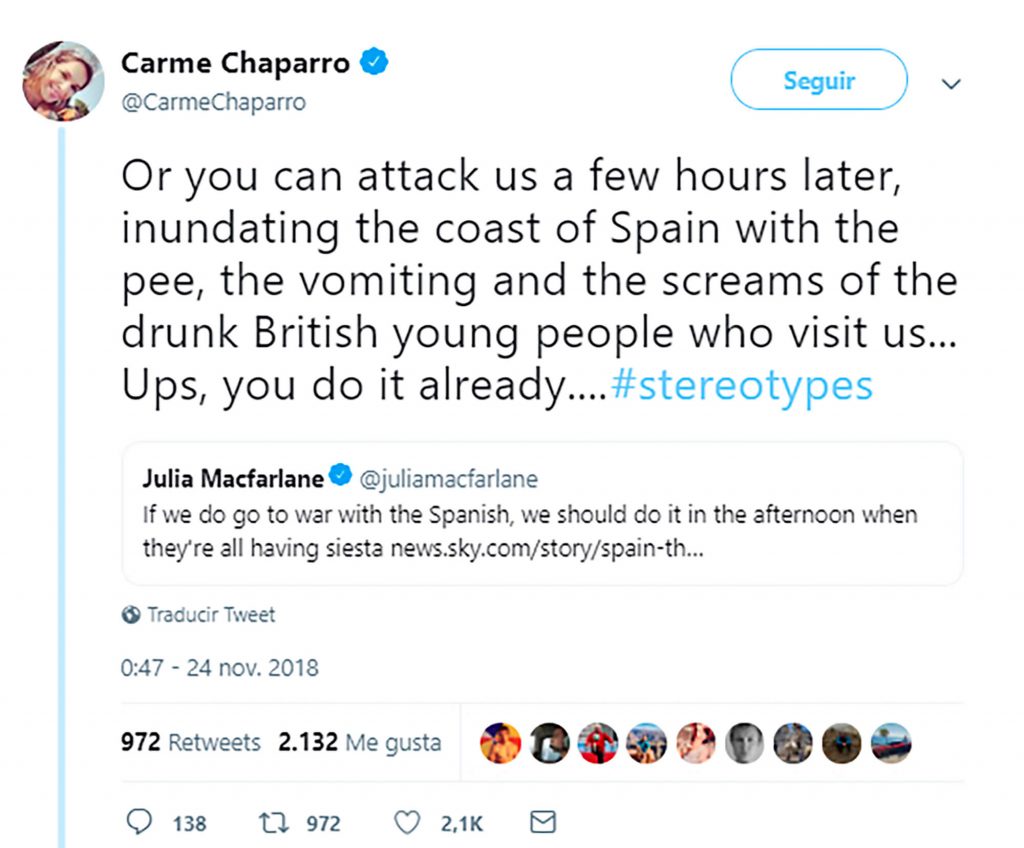 Chaparro’s post received nearly 1,000 retweets and hundreds of comments,
with ‘RafitaJimenez’ writing: “The worst thing is that they would have to
stop to take 4 o’clock tea. We can win then.”

And ‘jessyjon1’ added: “Bravo Carme. At the end somebody putting on their
page that the British are insulting us with stereotypes, they underestimate
us and do not remember that if it was not because of a storm they would
speak Spanish, unbeatable army.”

Whilst ‘AlbertoRealM’ wrote: “We only need to surround Spain with balconies.
It would be winning the war before it started.”