The Spanish authorities are looking for a 63-year-old British Alzheimer’s
sufferer who has gone missing while she was on holiday in Benidorm.

The city council of Benidorm, a city popular with British tourists in the
south-eastern Spanish province of Alicante, have posted an appeal on social
media to help find Norah Garret, from Northampton. 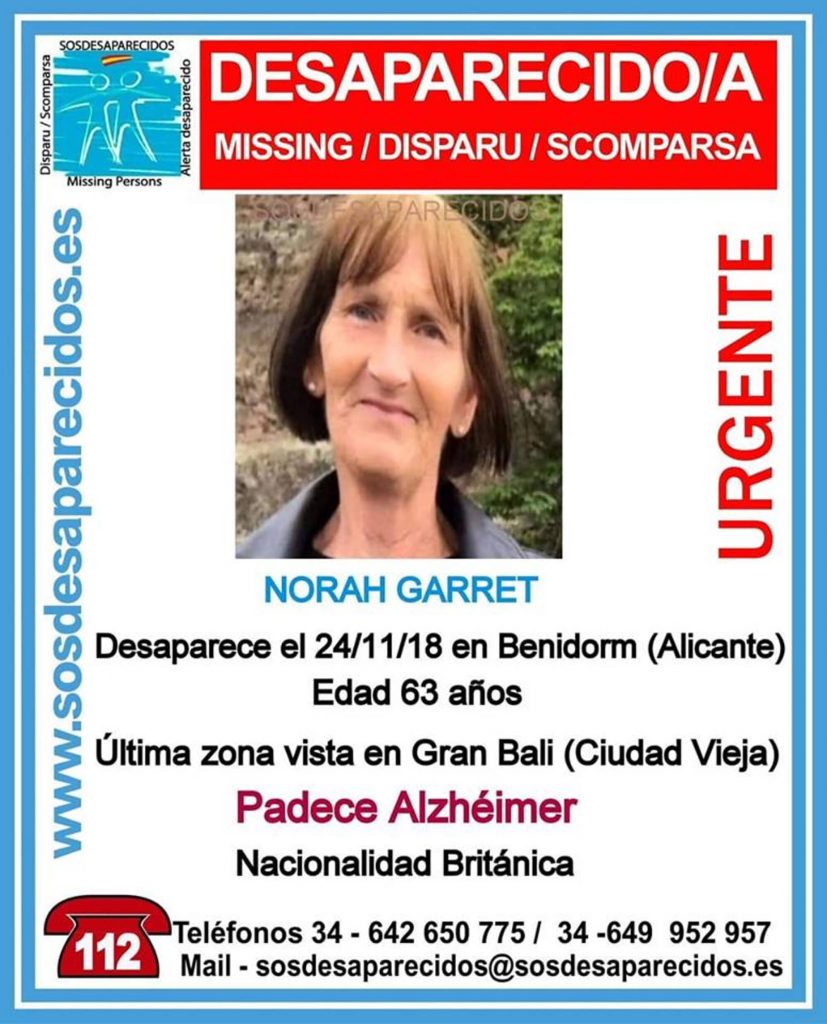 Norah was on holiday in Benirdorm when she went missing and the city council
say she is an Alzeihmer’s sufferer who is only able to remember certain
things such as her anniversary or her surname.

Norah’s niece Marica Barnard, has flown to Benidorm in order to find her
aunt and is reportedly putting up posters in local hospital, hotels,
restaurants and even on the beach front.

Marcia said that Norah is the eldest sister of a family of 11 and that she
has three children who are all extremely worried.

The appeal posted online states that the 63-year-old was believed to have
been wearing blue denim jeans and a striped black, beige and blue
long-sleeved rugby-style top when she went missing. 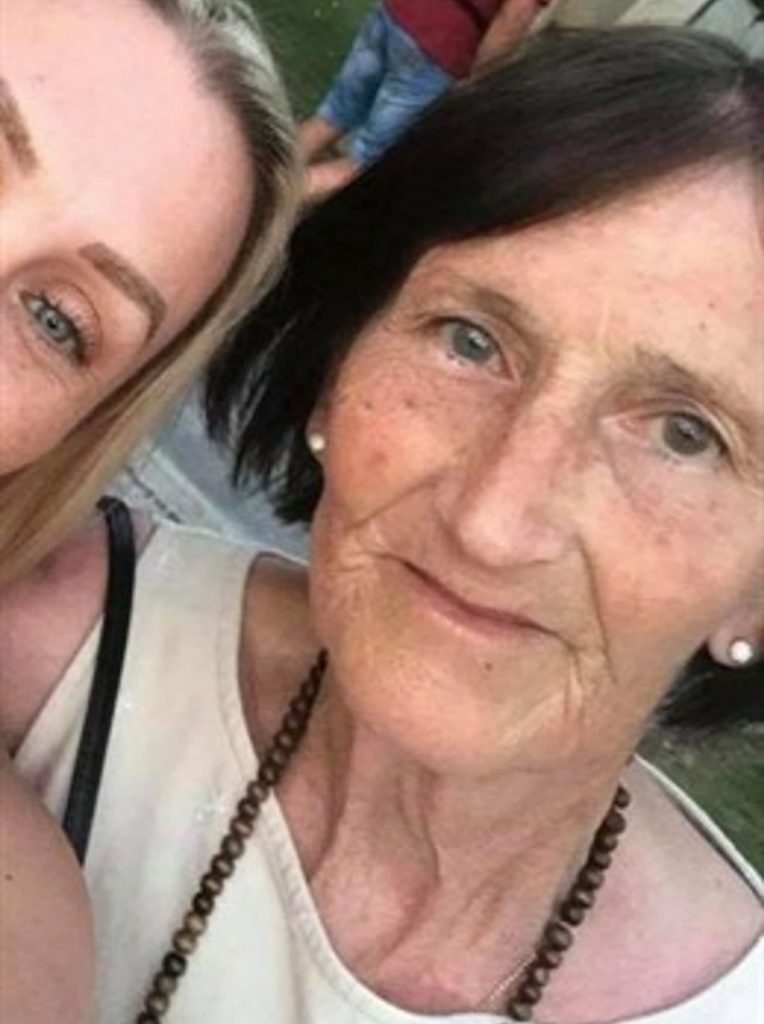 The local police have been informed that Norah’s identity has been logged on
the national database.

Anybody with any information is urged to contact Marica Barnard on