This was the scene after a paratrooper fainted in mid-air and ended up
suspended from a telecommunications antenna on top of a building.

The Spanish Air Force serviceman suffered facial injuries when he smashed
into the building in the town of Sangonera la Seca in the south-eastern
Spanish region of Murcia. 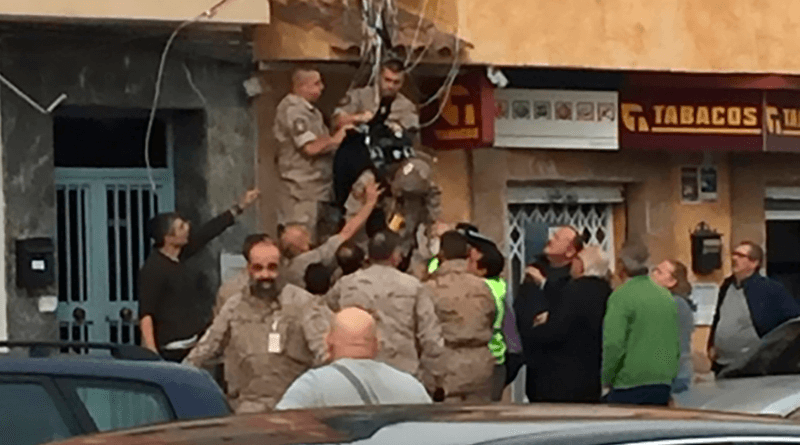 The man, who was in his 50s but whose name has not been released, was not
badly injured but needed to be rescued by his comrades from their air base
in the neighbouring town of Alcantarilla.

Around a dozen people helped the paratrooper, who was bleeding from his face
and had cords wrapped around his neck, down to the ground. 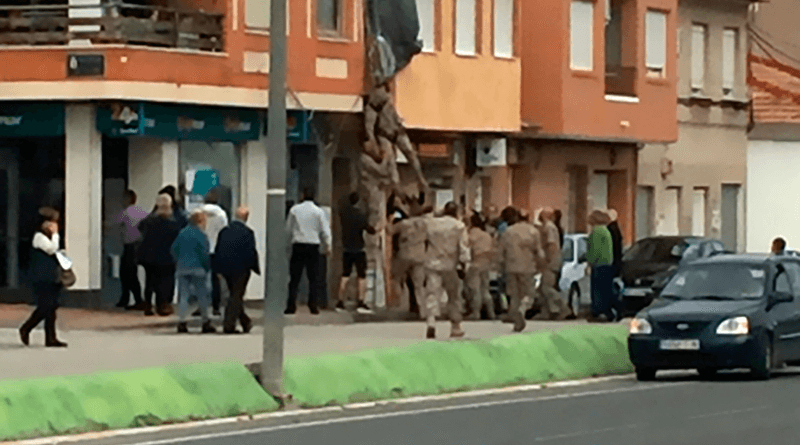 Traders and shoppers were shocked when they suddenly heard him crash into
the building and rushed outside to see him suspended by his parachute from a
rooftop telecommunications antenna.

Shopkeeper Maria Jesus Gonzalez said people rushed out after hearing a loud
noise to see the paratrooper hanging in the air in the gap between her house
and the two-storey building next door.

She had spoken to air force officers at the scene who told her the man had
fainted in mid air and been unable to control his descent.

Ms Jesus Gonzalex said he could easily have been seriously injured or
killed, adding: “It was a miracle and this poor man has been born again.”

Other local residents reported seeing the paratrooper coming down towards
the ground with his arms hanging limp as if he had passed out.

The man reportedly came around after he was brought back down to earth but
could not remember what had happened.

A medical team from the air base were quickly on the scene to take the
paratrooper to hospital to be checked over.