This is the moment firefighters rescue 70 children after their school bus
was trapped on a flooded road.

The rescuers filmed the dramatic incident as it unfolded in the city of
Cartagena in south-eastern Spain’s Murcia region.

The school bus had got stuck in the flash floods which have hit the region
following heavy rains.

Firefighters put ladders up to the windows so the pupils could climb down
and be transferred onto waiting fire engines. 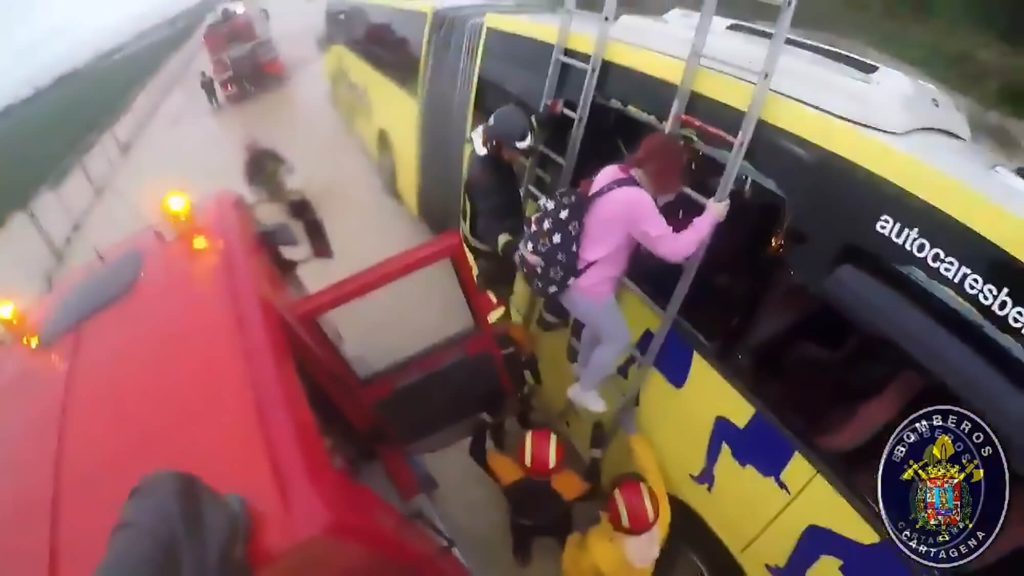 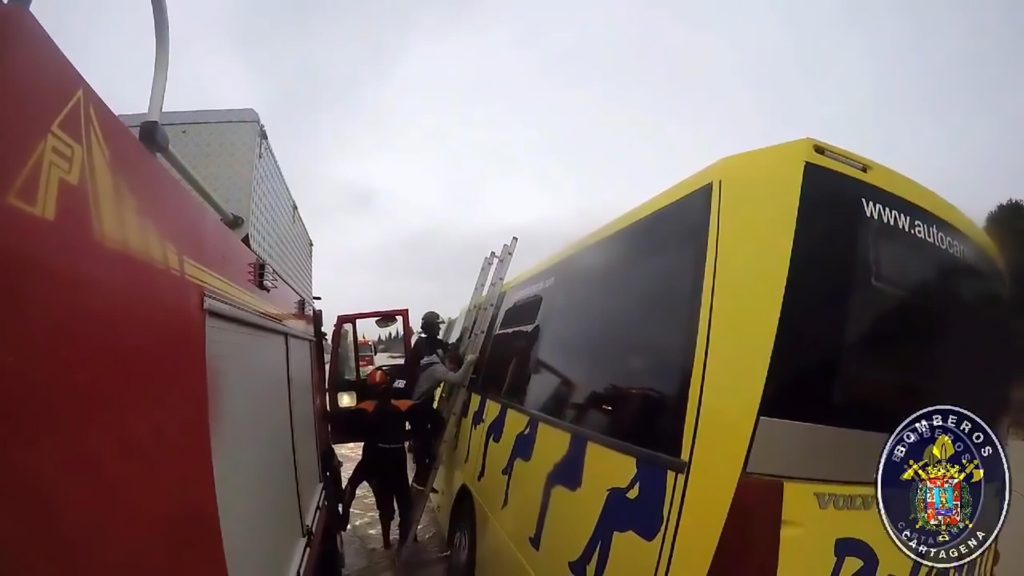 Nobody was injured and all of the children – as well as the driver – were
safely rescued from the bus.

Around 60 people had to be evacuated from their homes and 17 roads were
closed across the region.

Nationwide, one person has died in the storms, several buildings have been
destroyed and many provinces have declared red alerts.

An elderly woman drowned in the basement of her home in the village of
Viveiro, in the northern Spanish province of Lugo, after a nearby river
burst its banks.

And six-metre waves were reported on the island of Tenerife after the storms
hit the Spanish Canary Islands.