This is the shocking footage shared by a train driver three days before a
landslide derailed a train near Barcelona killing one and shows the poor
conditions of the track.

The video was uploaded to social media following the train crash that killed
one and injured 44 of the 131 people on board.

The train came off the tracks between Terrassa and Manresa, just north-west
of Barcelona in the eastern Spanish region of Catalonia.

The train driver who filmed the accident area several days before it took
place said: “This is a part of the tracks where there have always been
problems.”

In the footage, huge streams of water are seen cascading down the embankment
onto the tracks, with one side completely waterlogged. 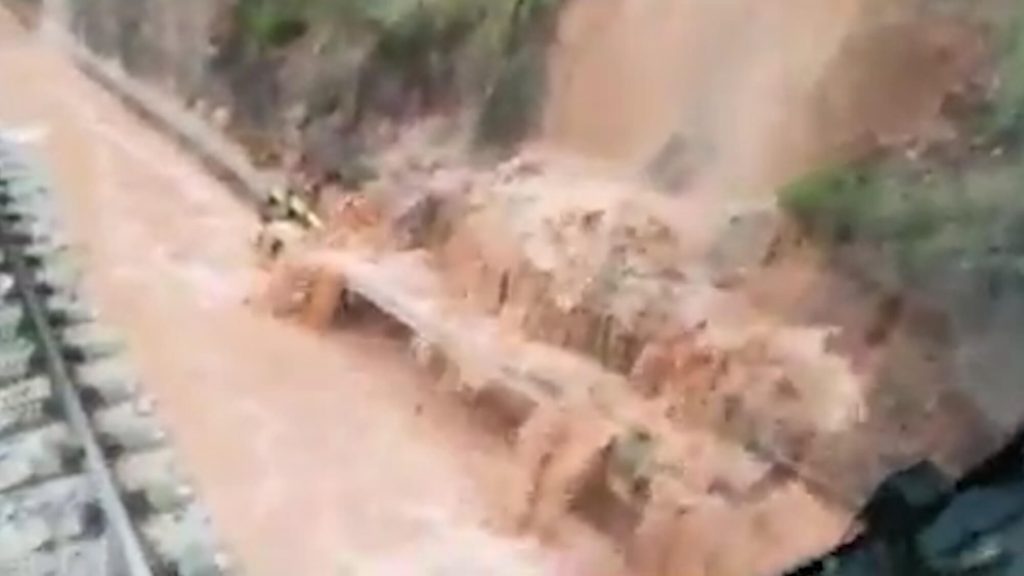 The train drives under an overpass and cascading water hammers it from all
sides.

Councillor Damia Calvet explained that the landslide that caused the
derailment was caused by heavy rainfall.

Technicians of the Train Infrastructure Administration (Adif), the
state-owned public company in charge of rail infrastructure, claimed that
the tracks were checked the day before the accident and no problems were
found. 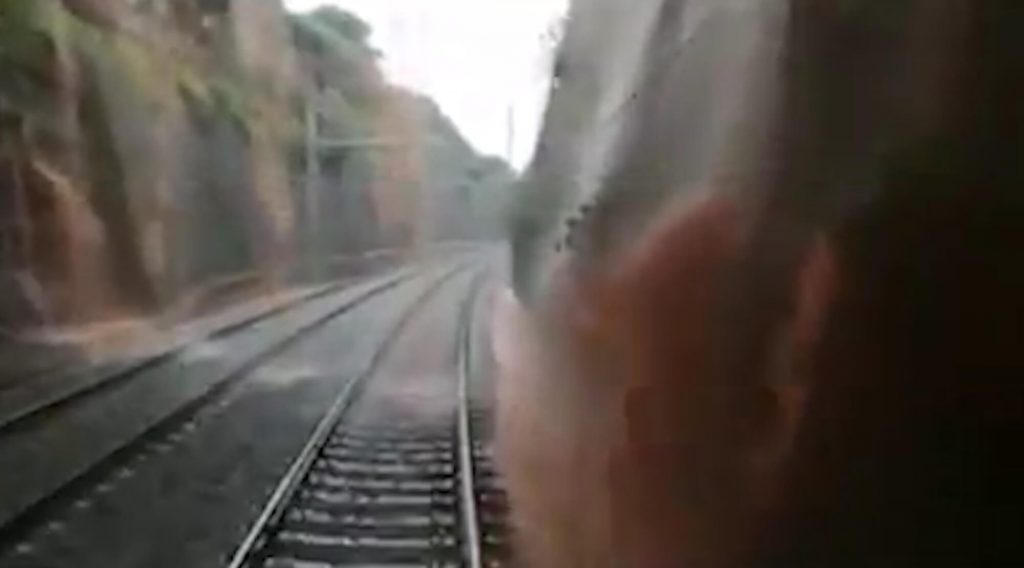 The accident took place around 6.15am when a landslide hit four of the
train’s six carriages on the route between Manresa and Sant Vicenc de
Calders.

According to local media, 131 people were on board and 44 were injured while
one person died.

The state-owned operating company Renfe Operadora confirmed that they are
investigating the train crash.

The tracks where the accident took place have been closed and the company
has organised buses to cover the same route while the investigation
continues.

Heavy rainfall over the past few days has caused flash floods and landslides
in parts of Spain.

A woman died after a river flooded in the north-western Spanish region of
Galicia, while massive waves swept away the balconies of a coastal apartment
block in the holiday island of Tenerife.