This is the moment an emaciated OAP living in a house full of walls of
rubbish and bottles containing his faeces and urine is rescued by police
officers.

The incident took place in the village of Olveiroa, in the municipality of
Dumbria, in the north-western Spanish region of Galicia after the
68-year-old man stopped buying bread from a shop as he usually did.

Concerned locals then called an ambulance but paramedics found it was
impossible to reach the man due to the amount of rubbish blocking their way
inside the house. 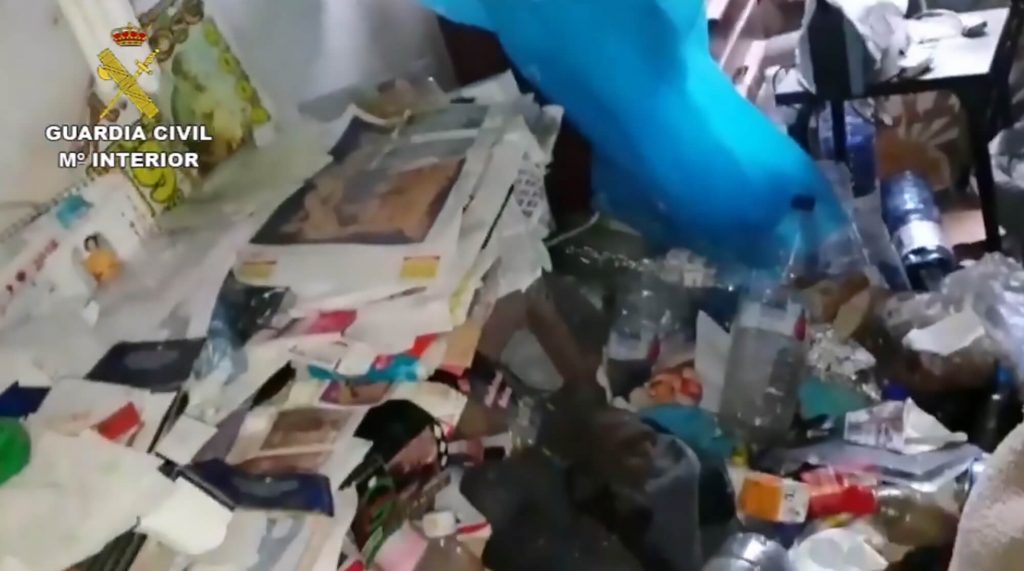 Spanish Civil Guard officers were then called and made their way into the
house, reportedly knocking down walls of rubbish to be able to reach the
pensioner.

In the video, officers can be seen making their way though the corridors and
staircase full of rubbish before eventually finding the OAP lying down in
the middle of a pile of rubbish. 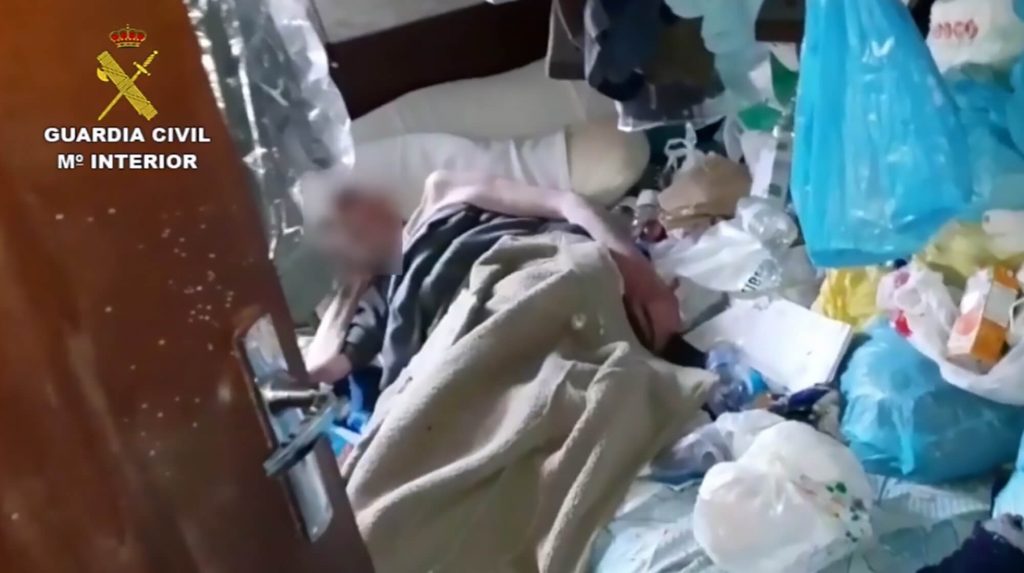 Official sources say the officers were using special masks to try and keep
them from smelling the awful odour in the house but even then they had to
leave the property to throw up because of the stench.

The officers said: “It smelt like a mix of rotten eggs, gas and dead
animals.”

Reports suggest the OAP is believed to have been unharmed by the potentially
dangerous gases in the air in the house as several broken windows allowed
the gases to escape.

The man reportedly thought the police were thieves at first and shouted for
them to go away but officers eventually managed to calm him down.

In the video, he can be seen being carried down the stairs on a chair by the
Civil Guard officers.

According to local media, the man was suffering from Diogenes syndrome,
weighed only 40 kilogrammes (88lbs) and had purplish legs, probably caused
by the cold temperatures as he only had one blanket or from severe
undernourishment.

The patient, who reportedly has an older sister who requires care, was
hospitalised in the Virxe da Xunqueira hospital.

There was no drinkable water in the man’s house and he reportedly kept his
faeces and urine in bottles surrounding his bed.

Diogenes syndrome is a disorder characterised by extreme self-neglect,
domestic squalor, social withdrawal and compulsive hoarding of rubbish or
animals. It is sometimes known as senile squalor syndrome.