This is the moment a man travels on the outside of a transit van as it
speeds along a motorway just moments before he fell off and was crushed
under the wheels of a passing vehicle. 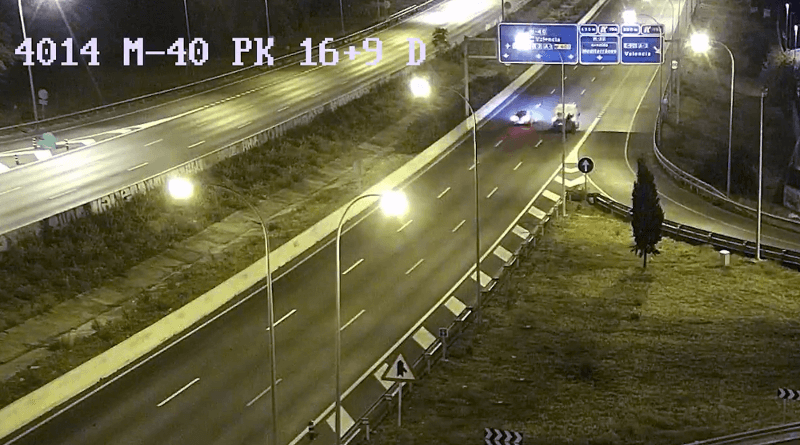 The 46-year-old stowaway, whose name was not revealed, died after being run
over on the M-40 motorway in the central Spanish capital Madrid.

According to a statement by the Civil Guard, he was hanging onto the back of
the van without the driver’s knowledge.

He is believed to have concealed himself on the back of the vehicle when it
became snarled in busy traffic outside the large retail centre Mercamadrid.

The Spanish Civil Guard checked security cameras along the M-40 in the area
and were able to confirm that this is where the stowaway jumped on.

According to local media, after hanging on for several miles the man somehow
fell onto the road and was left unconscious on the tarmac.

He was then reportedly run over by a car on the motorway and died. 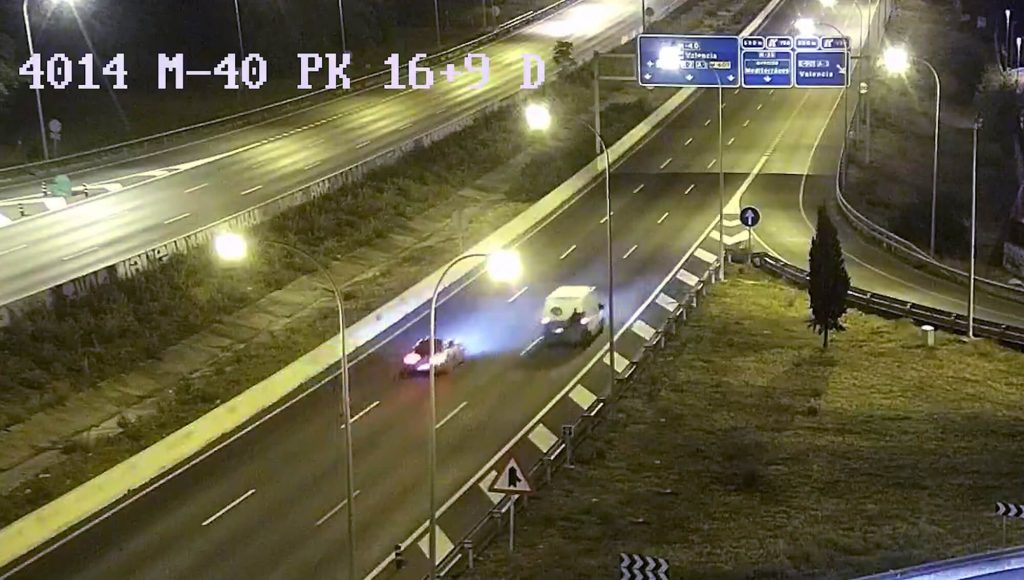 The emergency services were called to the scene, but it was too late to help
him.

Police officers have managed to find the man’s identity, but his details
were not disclosed.