This is the moment a have-a-go hero confronts a masked gang armed with
sledgehammers as they break into a hardware shop.

The scene was recorded by a security camera outside the hardware shop in the
town of Mollina, in the southern Spanish province of Malaga during the raid
in broad daylight. 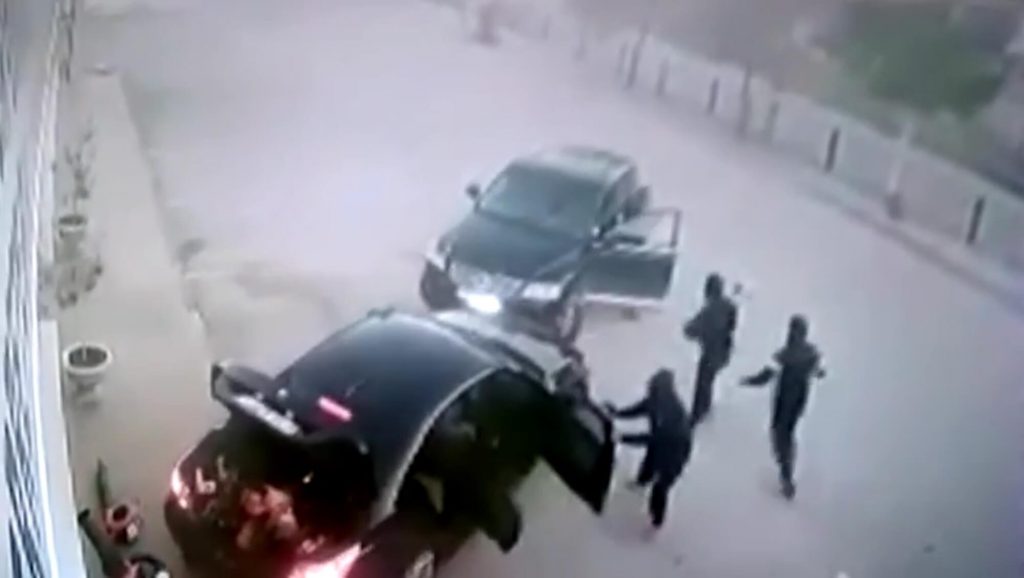 In the video, a gang dressed in masks with their hoods up can be seen parked
outside the shop which sells construction and gardening equipment with two
of the thugs battering the shop front with a pair of sledgehammers.

They manage to break the glass and climb into the shop before grabbing the
gardening equipment from inside and loading it into the waiting car.

At that moment a black 4WD pulls up at the scene and the driver parks in
front of the gang’s car before getting out of his vehicle. 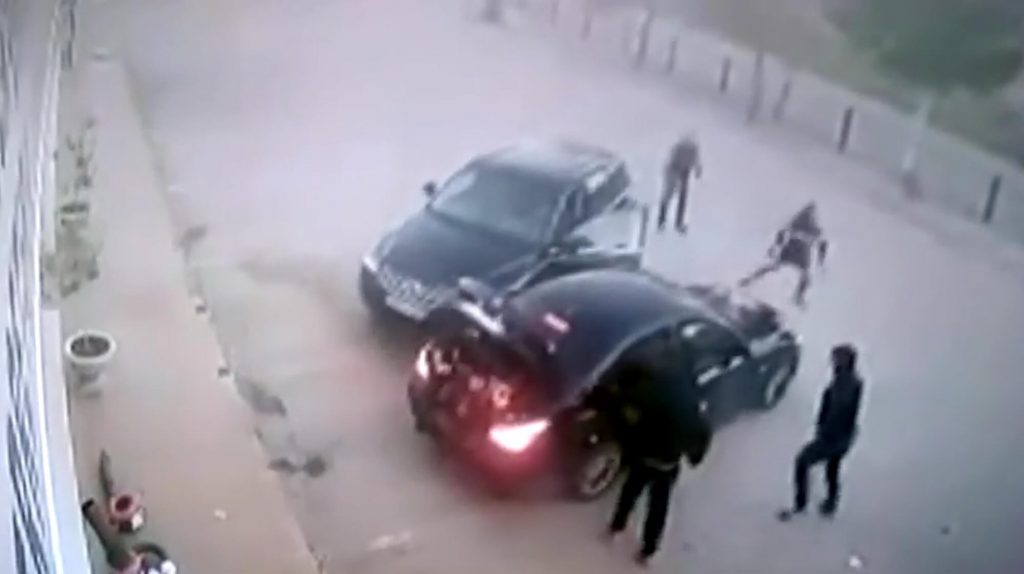 One of the criminals runs up to the driver and throws some punches at him as
the hero’s car continues apparently in automatic mode towards the shop.

The gang then run into their car and speed away as the driver goes to
inspect the damage done to the shop before hugging his elderly female
companion.

The owners of the shop reported the case to the authorities and the Spanish
Civil Guard confirmed an investigation has been launched into the incident.
No arrests have been reported and the investigation is ongoing.