Four pedestrians including a 10-year-old girl were injured when a driver
collapsed at the wheel in central Barcelona sparking fears of a terrorist
attack.

The motorist, whose name has not been released, lost control of a grey
Mercedes and hit the pedestrians and a row of parked motorcycles which were
left littered all over the road. 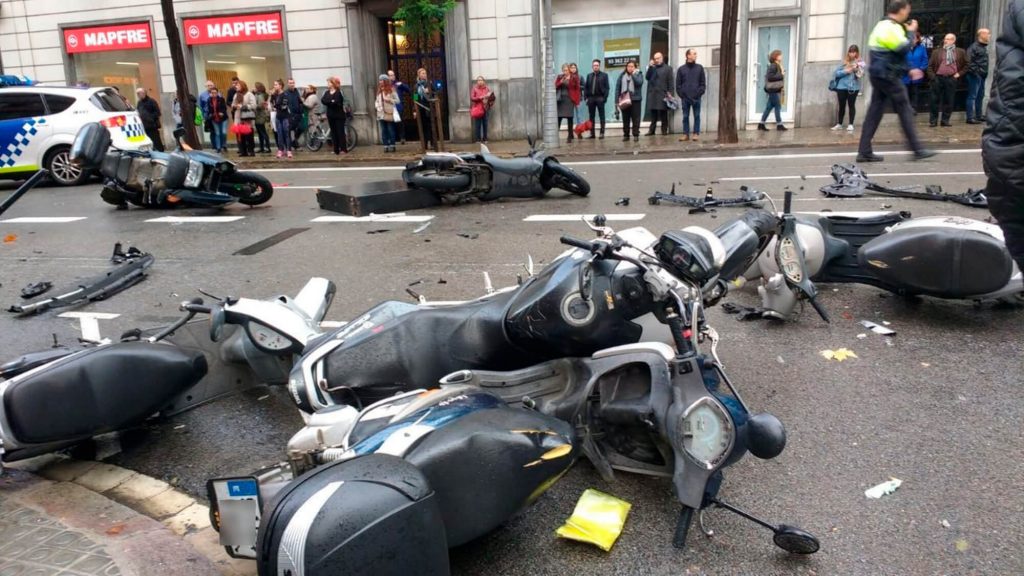 The incident sparked fears of a repeat of the terrorist attack of August
2017 when a van was deliberately driven into pedestrians, killing 16 people
and injuring 131, on Las Ramblas in the centre of Barcelona.

However, it later emerged that the driver of the latest incident in the
city, the capital of north-eastern Spain’s Catalonia region, had taken ill.

The car continued for another 40 metres (131 feet) after the driver lost
control before crashing into the door of a bank. 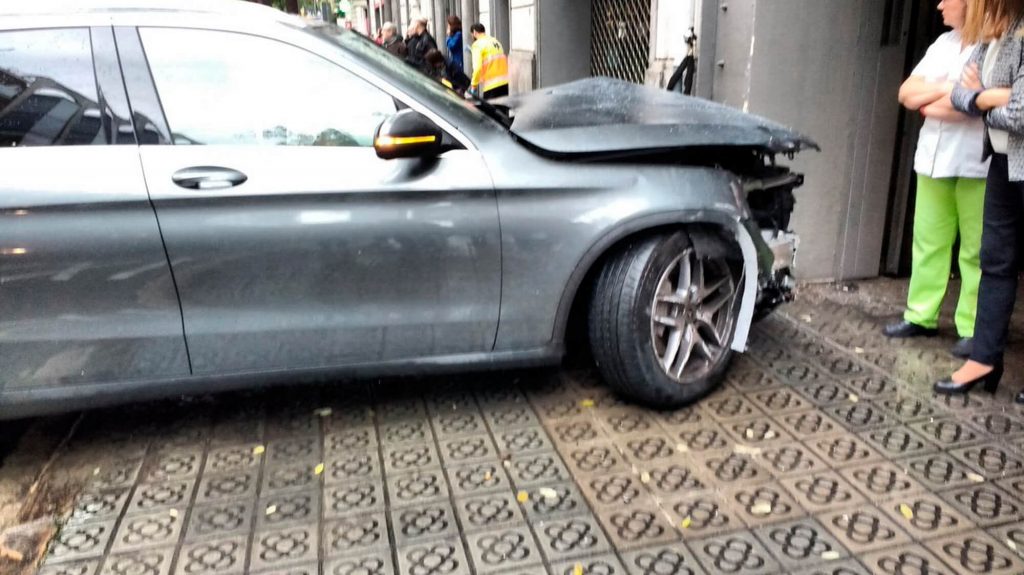 The 10-year-old girl, who was with her mother, suffered serious injuries and
was rushed by ambulance to the Sant Joan de Deu Barcelona Children’s
Hospital. There is no report of her latest condition or on the driver’s.

The other three people hit by the car did not suffer serious injuries. One
of them was treated at the city’s Hospital Plato while the others were
treated at the nearby Clinic Platon.

Many of the motorcycles were badly damaged in the incident, and the car also
ploughed through the terraces of two cafes but fortunately both were empty
as it had been raining.

An eyewitness said: “We saw the car crashed into the bank, and a line of
smashed motorbikes with cafe terraces destroyed and people lying in the
road.

“I was scared and confused. We didn’t know what had happened. There was a
woman next to me crying on her phone saying it was a miracle she had been
saved. It was chaos.”

Eight ambulances attended the incident and police closed off the road,
causing severe traffic congestion in the area until the roads reopened later
that morning.