This is the breathtaking rose window light effect that only takes place
twice a year inside a stunning Gothic cathedral during the winter and spring
solstices. 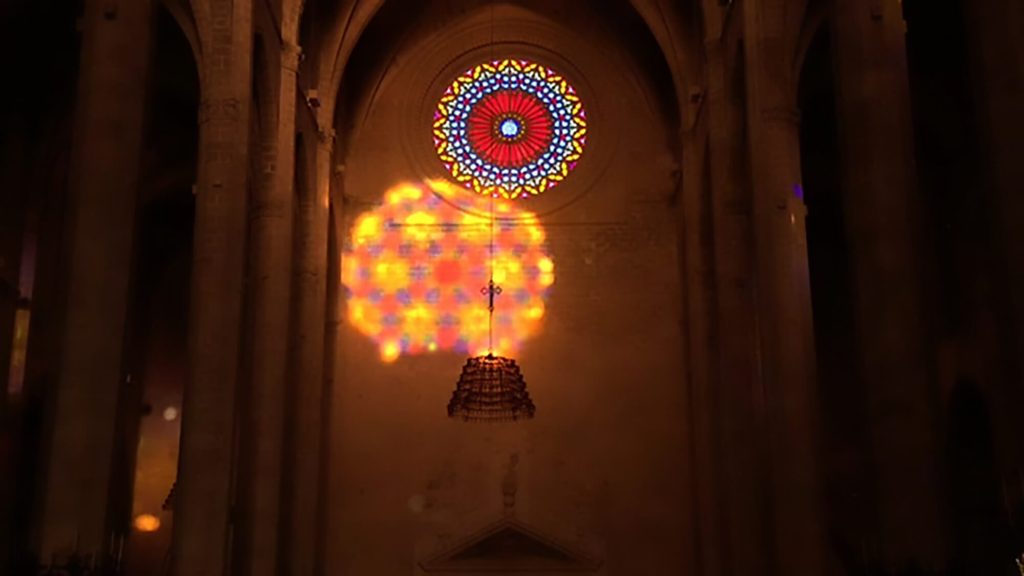 The Cathedral of Santa Maria of Palma, more commonly referred to as La Seu,
is a Gothic Roman Catholic cathedral located in Palma, the western capital
of Majorca in the Spanish Balearic Islands.

The eye-catching light effect is a popular event attended by hundreds of
people and only occurs in February and November.

The video shows the moment the colourful reflection of one ornate rose
window, also called a Catherine window, is positioned directly below another
on the opposite wall. 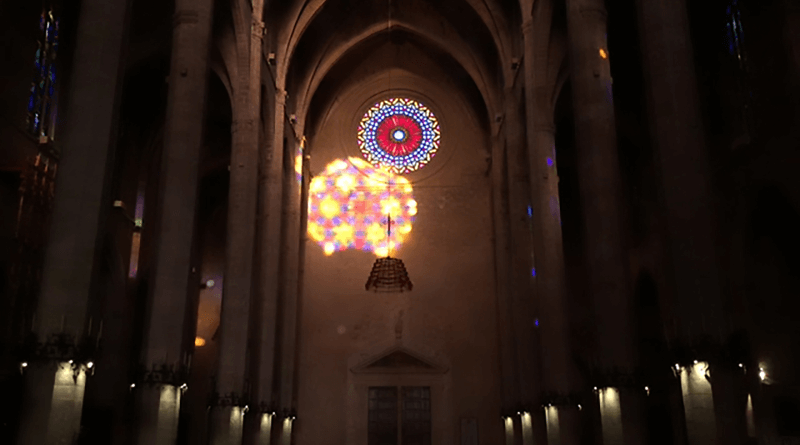 Every 11th November, if weather conditions allow, the rising sun crossing
the rose window will project its colourful splendour below the Catherine
window on the other side of the cathedral.

Built by the Crown of Aragon on the site of a Moorish-era mosque, the
cathedral is 121 metres long, 55 metres wide and its nave is 44 metres tall.
In comparison, the height of the central nave at Notre Dame in Paris reaches
33 metres.

King James I of Aragon started the cathedral in 1229, but it was finished
much later in 1601.

The light phenomenon will take place again on 2nd February, if the weather
conditions allow for it. The cathedral is oriented 120 degrees to the
south-east, approximately, and the unusual show is linked to the winter and
spring solstices, according to the cathedral’s website.