This is the moment a group of masked graffiti artists spray-paint an
underground train in front of a security guard who does nothing to stop them
on the Madrid metro platform.

The team of about 15 graffiti artists reportedly blocked the train from
leaving the city’s Hospital de Henares station so they could complete their
urban artwork.

It is the latest in a spate of incidents involving ever more aggressive
graffiti artists in Madrid, and also the north-eastern city of Barcelona,
which have led railworkers’ unions to call for security to be stepped up. 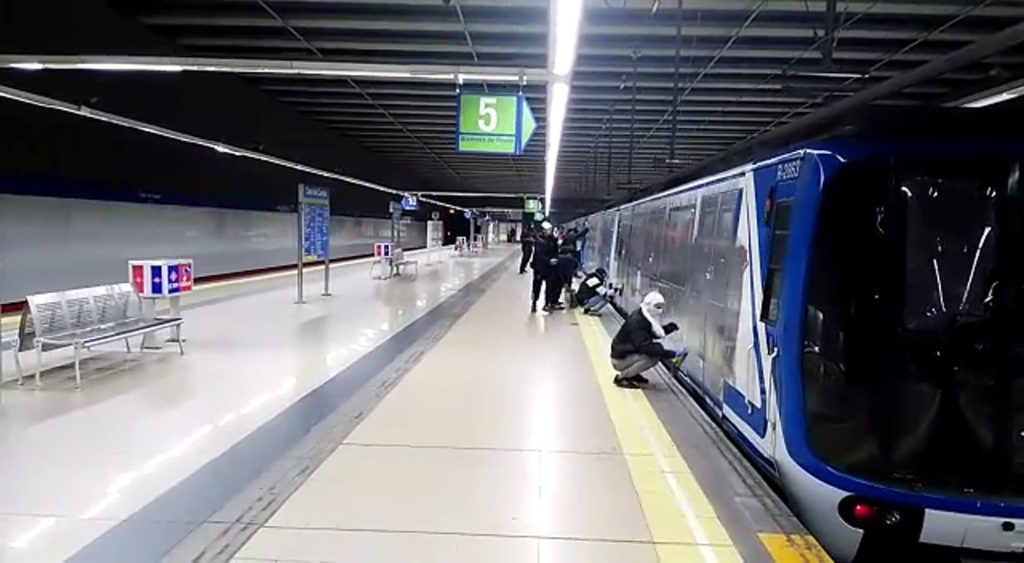 The latest incident was caught on camera by an eyewitness with a smartphone
and the footage shows the gang painting an 18-metre (59-foot) section of the
train.

Some members concentrate on covering the train’s livery with silver paint
while others follow behind spraying black letters on top to complete the
graffiti.

The video ends with one of the artists, a young man in an animal face mask,
running up to the person filming the action and waving his aerosol paint can
in their face. 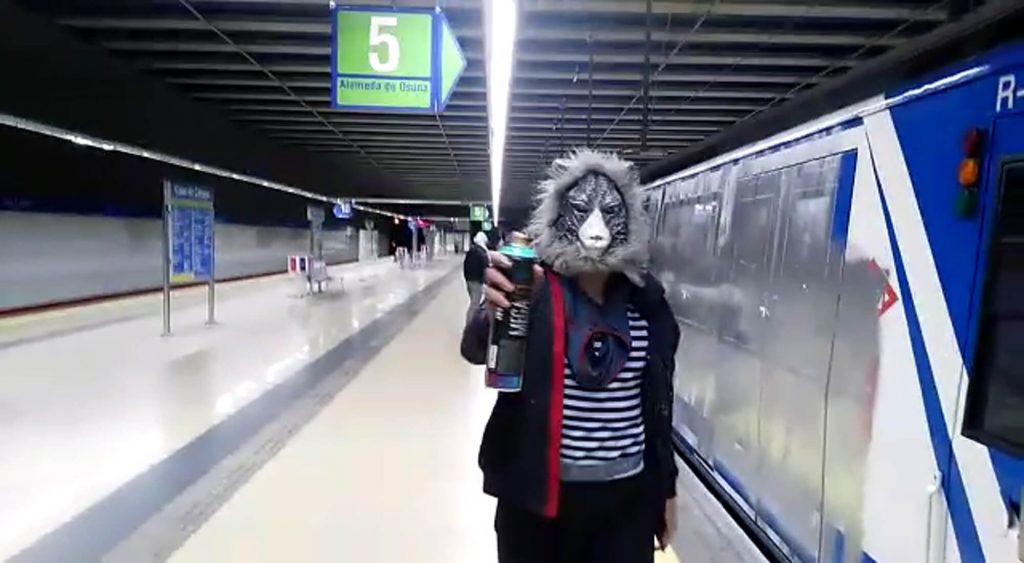 At Las Rojas, two policemen were assaulted by a huge group of 46 graffiti
artists who sprayed paint in their faces when they tried to stop them
painting 21 train carriages.

One graffiti artist was arrested and faces multiple charges. Cops say more
have been identified from CCTV footage and that further arrests will follow.

In another incident, graffiti artists forced a train driver – who later
suffered anxiety attacks – to move his vehicle to a better lit area so they
could see to paint.

The railworkers’ union is seeking urgent meetings with the Metro de Madrid
company to discuss ways of improving security for its members.

Similar incidents have also been reported in Barcelona. Rival gangs are
believed to be competing to see who can paint the most trains.

Several passengers, including a pregnant woman, were attacked at the city’s
Maragall station when a gang of 34 graffiti artists stopped and painted a
train.