These are the startling images of a car which got stuck after dropping into
a sinkhole that suddenly appeared on a street in the centre of the Spanish
capital Madrid. 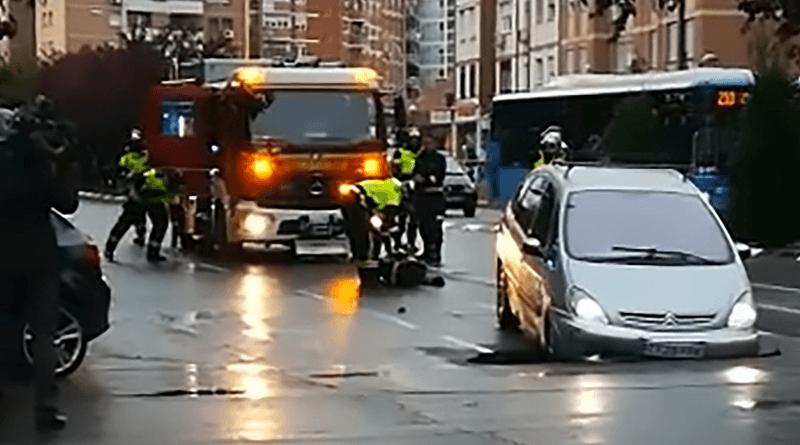 The scenes were recorded in the La Elipa neighbourhood of the Spanish
capital Madrid.

In the video, the silver Citroen Picasso can be seen with its front wheels
stuck in the sinkhole with firemen and police closing off the road.

The fire service then works to pull the car out of the hole and another clip
shows the huge depth of the sinkhole. 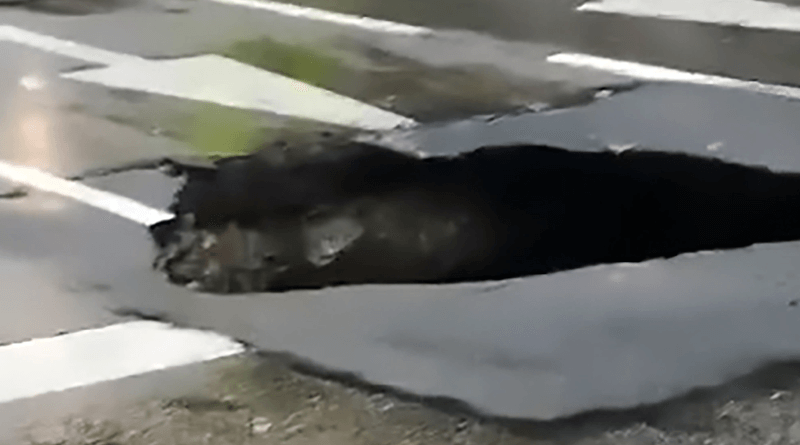 Rita Maestre, spokeswoman for the city council, told local media that the
appearance of the sinkhole is believed to be linked with construction works
being carried out by Canal de Isabel II, the company which manages the water
supply for the Spanish capital.

Officials claimed the sinkhole must have been caused by a leak which moved
the ground from under the road.

However, Canal de Isabel II claimed that the sinkhole is not linked to them,
adding that there are no pipes from the company in that area.

Nobody was injured in the incident and an investigation has been launched.
The road was reopened shortly after the incident.