This is the moment the authorities lift one of the bodies of the seventeen
migrants who died trying to enter Europe by boat across the strait of
Gibraltar.

Thirteen of the migrants died off the coast of the city of Melilla, a
Spanish city in northern Africa whilst another four are believed to have
died when the boat they were travelling on crashed into rocks in Barbate, in
the southern Spanish province of Cadiz.

Local media report four North African migrants aged between 20 and 30 years
old died when the boat they were travelling on crashed into rocks around 100
metres (328 feet) off the coast of the village of Canos de Meca in Barbate. 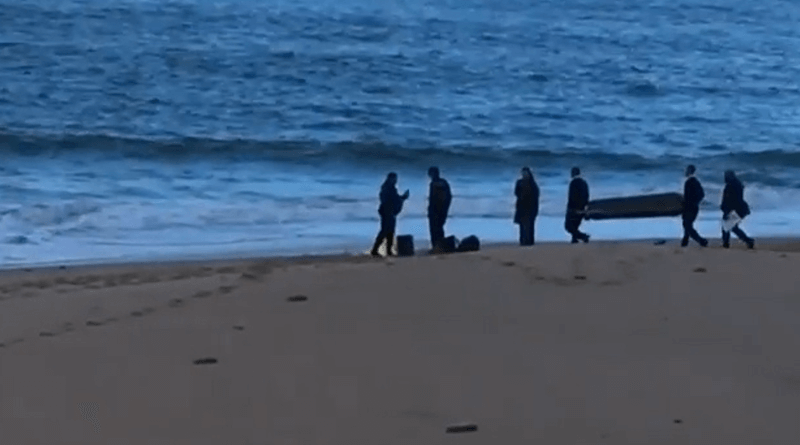 Approximately 40 migrants were sent falling into the sea in the incident and
22 survivors who gathered on the beach woke local residents with their calls
for help at around 4 AM.

The Spanish Civil Guard sent 70 agents on land, air and sea in the rescue
operation and reportedly found the 22 survivors stood next to the body of a
man in his twenties.

A Civil Guard helicopter team are believed to have found two other victims
floating in the water and a diving team found one more victim. 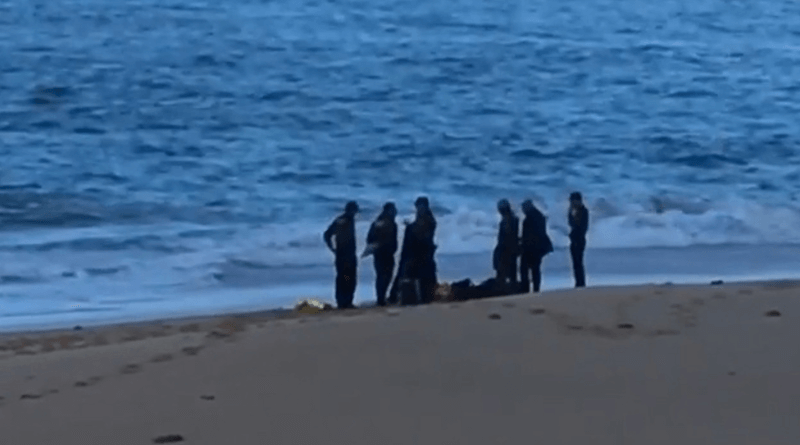 In the video, officers can be seen bringing a stretcher onto the beach and
the team appear to lift the dead body onto it.

The Spanish Civil Guard believe more survivors managed to find their way
onto land and have hidden in order to continue their trip into Europe
without being caught. However, official sources also believe there could be
more victims.

Luis Martin, the colonel of the Spanish Civil Guard, told local media “they
were travelling in inhumane conditions” as the boat was travelling around
for 48 hours in strong winds, waves and rain.

He said it is believed only 20 of the approximately 40 migrants on board
were wearing life jackets at the time of the accident.

In Melilla, 13 migrants reportedly died and another 93 were rescued alive by
the Marine Rescue service on two boats, one located 12 miles away from
Alboran Island, and the other around 18 miles to the northwest of Cape Three
Forks.

The Marine Rescue boat named Guardamar Polimnia docked in the port of
Melilla with 80 migrants from Sub-Sahara Africa, 75 men and five women, on
board and they were taken to the migration centre in order to be processed
by the national police.

A different Marine Rescue boat named Guardamar reportedly returned with the
bodies of nine male migrants who had died.

Official sources also reported that the Red Cross were called to the scene
to attend to the migrants who were rescued. Four of them underwent CPR but
could not be saved, taking the total number of dead migrants in that part of
the city to 13.

The association for Human rights in Andalusia said that this year more than
500 migrants had died or disappeared in the waters of the Strait of
Gibraltar trying to reach the Spanish border.