This is the moment the EU claims victory in the fight against pirates by
blowing up a tiny vessel suspected of being a whaling ship.

It was destroyed by a Spanish naval ship after officers had first of all
boarded it to make sure no one was on board – with the subsequent explosion
recorded on camera as part of the EU’s naval mission known as ‘Operation
Atalanta’.

It is an EU naval mission being conducted off the Horn of Africa and in the
Western Indian Ocean. 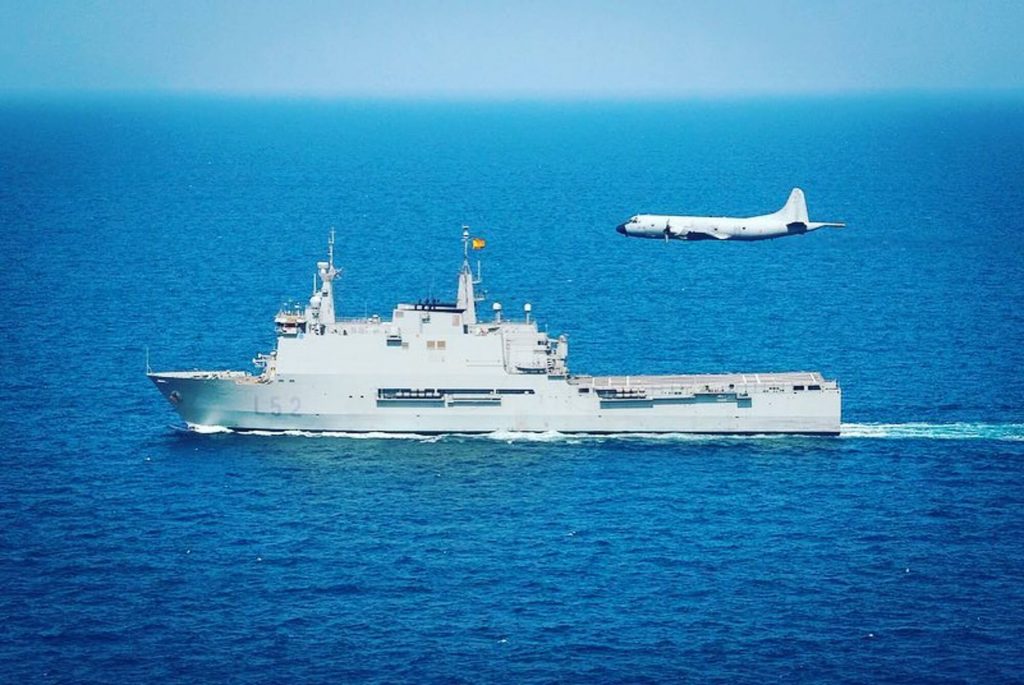 In the footage, the helicopter of the Spanish naval vessel ‘Castilla’ films
the moment the pirate boat is blown up just off the coast of Somalia.

According to a press statement from the Spanish Ministry of Defence and EU
NAVFOR, it was a small whaling boat that had engaged in piracy and it was
checked over to make sure no one was inside.

When everything was in order, the vessel was towed to a safe place and blown
up the next day. 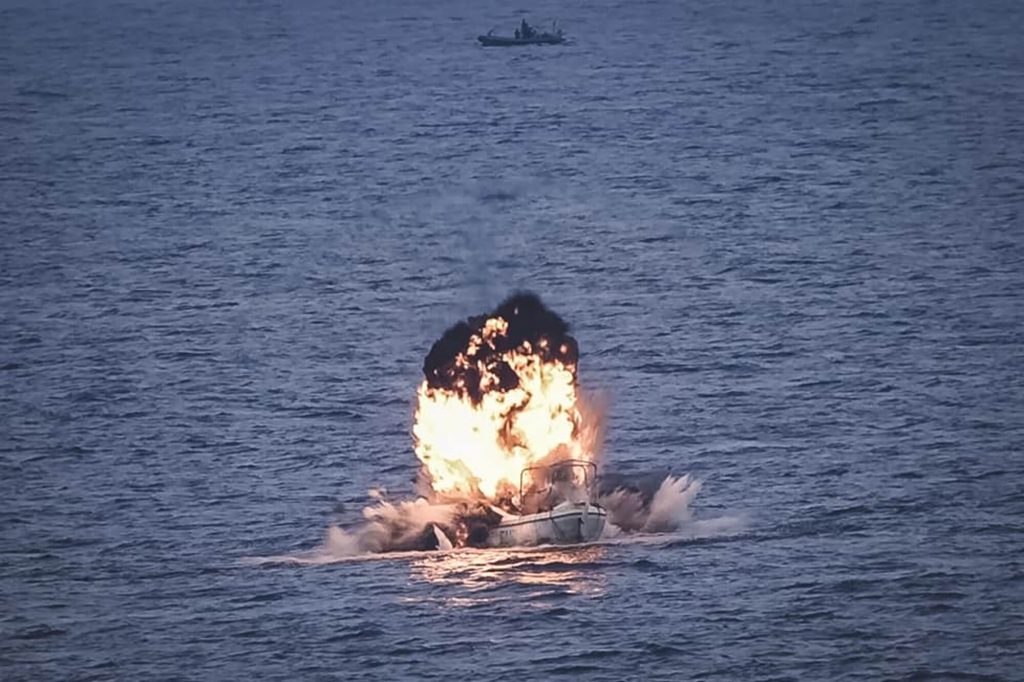 A statement said that the boat was known to crew members on board the
‘Castilla’ for some time and that it has been used in various pirate
activities.

Operation Atalanta was launched in December 2008 to deter pirate activities
off the coast of Somalia and bring stability and democracy to the East
African country.

The operation is also in charge of guarding boats belonging to the United
Nations (UN) World Food Programme as well as protecting fishing activities.