This is the dramatic moment farmers desperately work to try and free their
flock of sheep which got caught in deep snow trying to escape a pack of
dogs.

Twenty sheep reportedly died in the incident which occurred on the Gorbea
mountain in the northern Spanish province of Vizcaya.

Local media report the sheep had been attacked by three dogs on the slopes
of the mountain and had run into an area of deep snow.

In the video, a farmer can be seen sprinting through the deep snow to meet
his colleagues who are stood next to the flock of buried sheep as they lie
motionless in the snow. 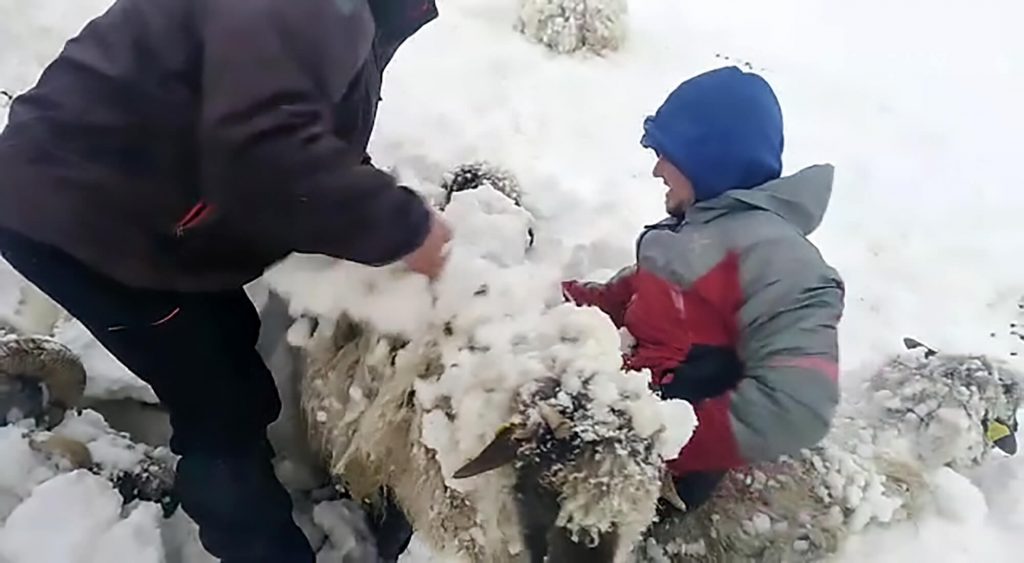 The farmers then work to free the surviving sheep from the snow, pulling
some of them out by their horns whilst others don’t respond to the help.

It is reported that 20 sheep died in the incident.

The owner of the sheep, Belen Etxebarria, said the incident had “ruined” her
family and revealed the sheep had been created through artificial
insemination.

Etxebarria said she does not know the financial damage caused by the
incident but said the government does not cover farmers for dog attacks on
the livestock, only wolf or vulture attacks. She said there had been five
such attacks this year and hoped her insurance covered her losses.

She explained that the family had moved the sheep down from the snowy area
but when they returned the following day they heard barking and saw three
dark-coloured dogs chasing the flock.

The sheep were divided into two groups and some had been buried in the deep
snow as they tried to escape the dogs.

The Basque Country police were called and officers reportedly identified the
owners of the dogs who confirmed the dogs had escaped on the day of the
incident.

No arrests have been reported.