A photo of a dead wolf tied to the back of a forest guard’s jeep has caused
outrage among political and animal rights groups.

The photo was taken in the small town of Pola de Allende in the northern
Spanish region of Asturias. 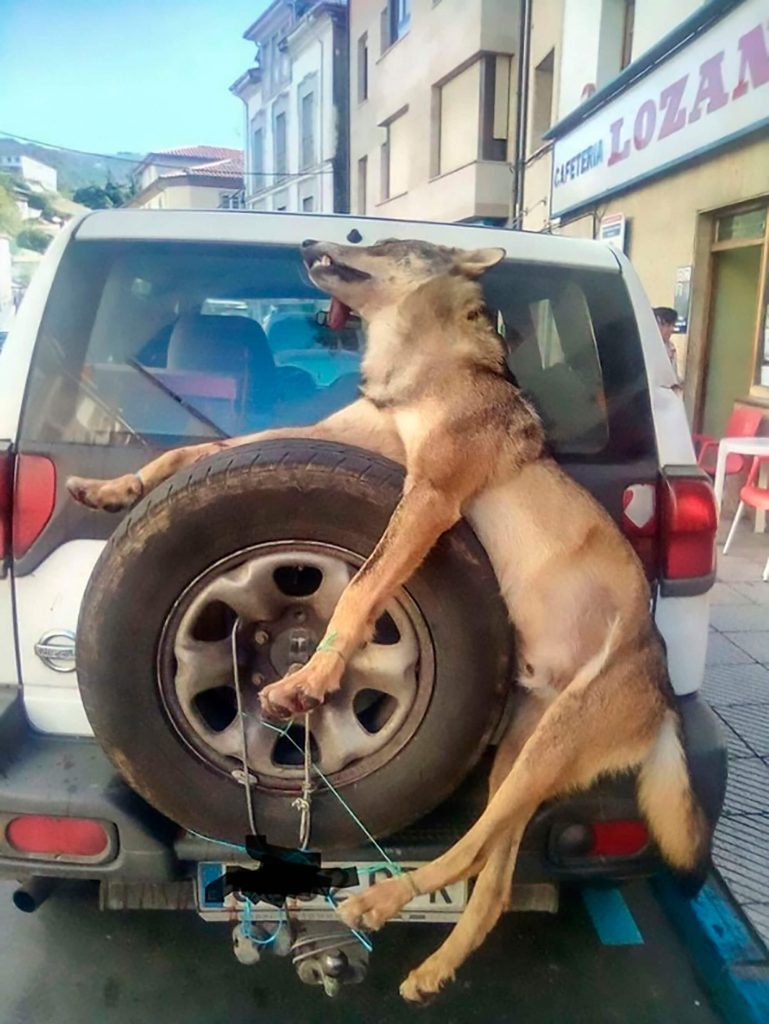 According to reports, the forest official who killed it left the wolf’s body
strapped to his vehicle on public display while he went to have a coffee.

A spokesperson for the green party Equo uploaded the picture to social media
with the message: “An Asturian guard killed a wolf in Allande this morning
and left it tied to his jeep while he went to a nearby bar so that everyone
could look at his trophy.

“When I see this, I feel ashamed of my country.”

Although the wolf was hunted legally, as Asturian authorities want the
population managed, residents and animal rights groups were offended by the
way it was vulgarly displayed.

A spokesperson for the Asturian environmental department said: “It is an
outrageous image and civil servants should not act like illegal hunters,
showing off dead animals like prizes.

“This is what happens when protocols are not properly enforced.”

According to reports, the bodies of killed wolves in the area are taken to
the town of Oviedo to undergo an autopsy and are later cremated.

It is common to see them inside vehicles transporting them from rural areas
to Oviedo.