Spain’s King Felipe has emulated his great-grandfather by taking a ride on
the Madrid metro as part of the service’s centenary celebrations.

Kind Felipe travelled a route similar to that made by Alfonso XIII 99 years
ago when the current king’s great-grandfather helped open the Madrid Metro. 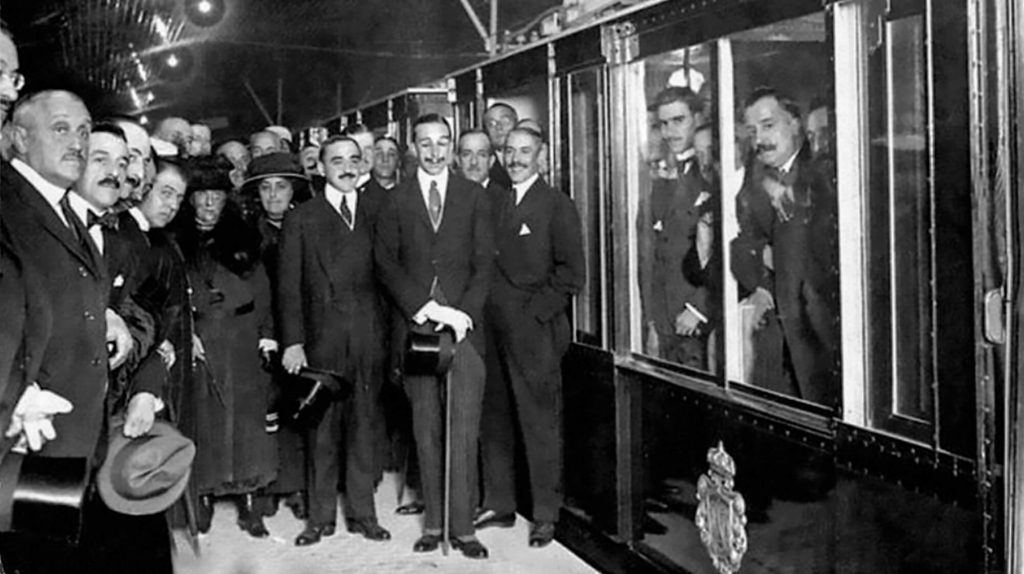 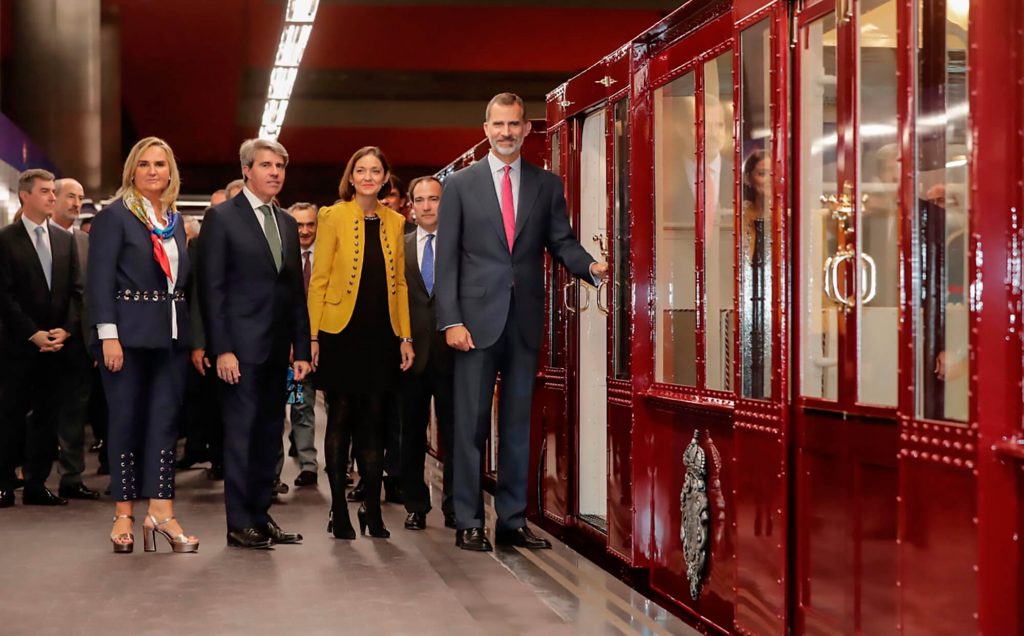 Felipe boarded the train at Sol station in the centre of Madrid and
travelled to Chamartin station to the north.

The King was accompanied by the Minister of Industry, Reyes Maroto, and the
President of the Madrid region, Angel Garrido.

Felipe’s trip comes as passenger complaints about crowding and waiting times
for the service have recently increased, according to reports. 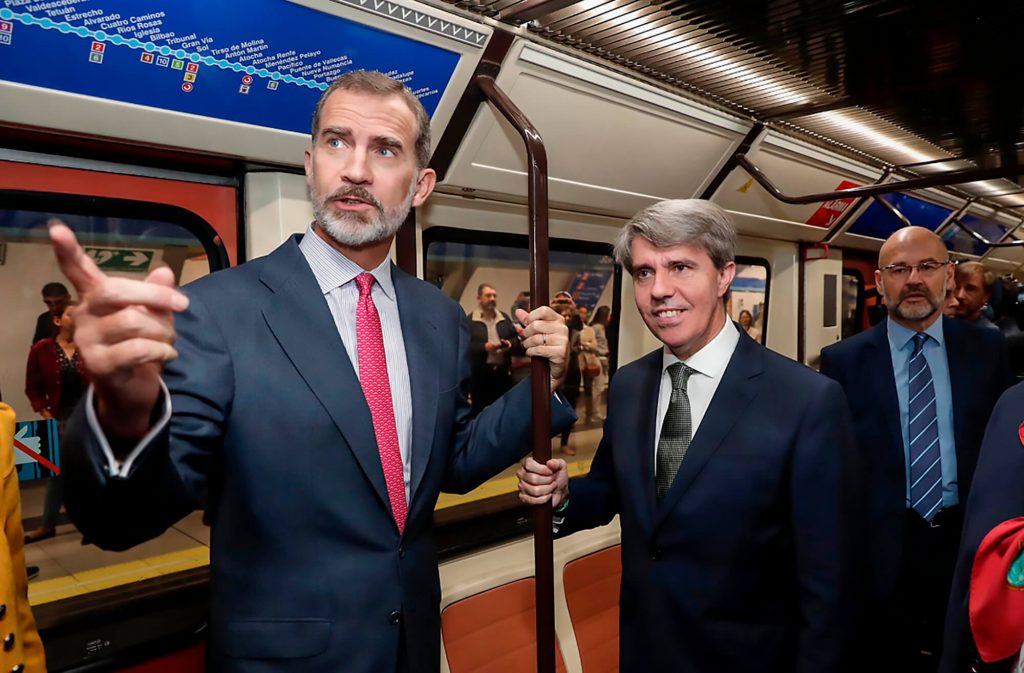 The metro workers union have also complained that some of the coaches of the
trains contain asbestos which has killed two workers.

The Madrid Metro is the third biggest metro service in the world in number
of stations and the fourth in length behind New York, London and Moscow.

On 17th October 1919 King Felipe’s great-grandfather, Alfonso XIII was the
first passenger of the North-South line of what was then called the
Metropolitano Alfonso XIII. He travelled from Cuatro Caminos station to Sol
station.

The service was opened on 31st October 1919 and more than 56,000 passengers
used the metro that day to see how a trip that took 30 minutes before, it
only took 10 minutes with trains travelling 25 kph (15 mph).

The metro continued growing and in the time of the Second Spanish Republic
(1931  -1939) it was renamed as the Metropolitano de Madrid.

In the Civil War (1936-1939), it was used as refuge by citizens during air
raids and trains were often used as ambulances.

The Madrid Metro has 294 kilometres (183 miles) of track with 15 lines and
301 stations, in a network which covers the capital and municipalities on
the outskirts.