This is the dramatic moment a police dinghy pulls up alongside a fishing
boat at sea and agents leap out to arrest two men transporting large
packages of hashish.

The police operation, nicknamed ‘Euyun’, took place in the province of Cadiz
in the southern Spanish region of Andalusia.

The video shows a group of Civil Guard officers approaching a small white
boat. They pull up beside it with their guns at the ready. 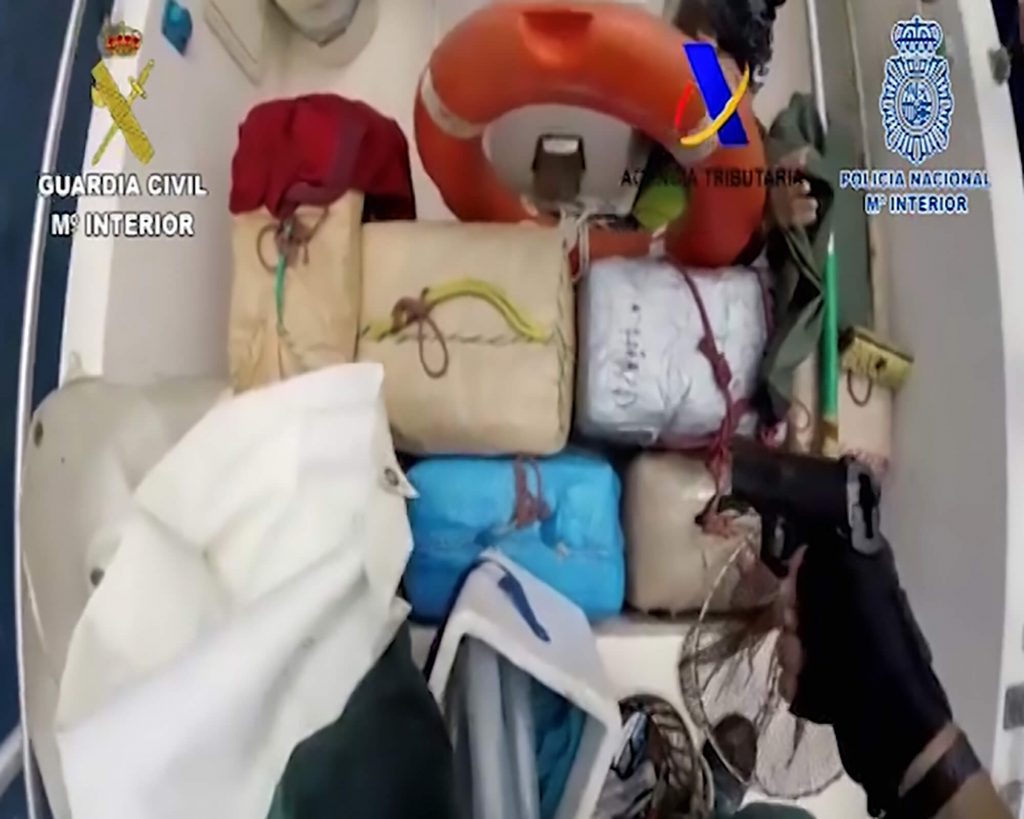 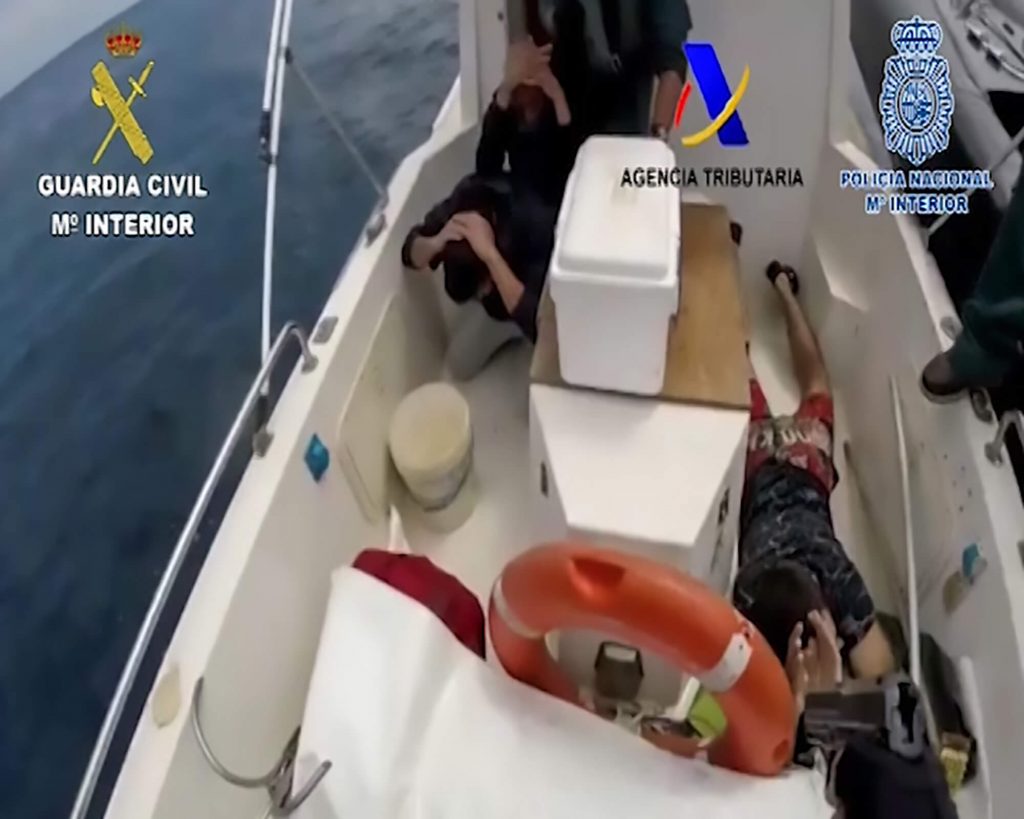 The men on the fishing boat can be seen with their hands on the heads and
lying on the floor in surrender.

The arresting officer was already on the board, presumably undercover
pretending to be a gang member.

As cops jump on board from the dinghy, one officer can be seen uncovering
some of the large wrapped packages.

According to a police statement, 14 people have been arrested so far during
the whole operation, and more than 1,240 kilogrammes (2,734 lbs) of hashish
has been seized, as well as five weapons, five vehicles and three
motorbikes.

The gang leader has been identified as Antonio Perez Raposo alias ‘El
Galopa’, a well-known trafficker in the area, and placed under arrest.

According to a police press statement: “Under the guise of a tourist fishing
trip, they take a boat out to sea to a pre-arranged spot.

“Then, another boat meets them and unloads the drugs, after which they go
back to the port with the packages and the alleged fish they caught.”

Once the drug arrived to the port, the traffickers reportedly hid them in a
children’s nursery to be distributed later.

The police operation started in April when the Marine Service of the Spanish
Civil Guard in Cadiz seized three bags of hashish weighing around 120
kilogrammes (265 lbs) from a fishing boat that was stranded in the area of
Castillo de San Sebastian.