This is the moment a huge bull is left dragging itself across the ground
after breaking its legs during a festival in Spain.

The footage was recorded in the village of Mejorada del Campo, near the
Spanish capital Madrid and has been shared by the Animalist Party Against
the Mistreatment of Animals (PACMA).

In the video, a bull can be seen getting out of its transportation cage
before being used for a bull running event in the village.

The bull leaps from the cage down onto the street, breaking its legs on
impact with the concrete, according to reports. 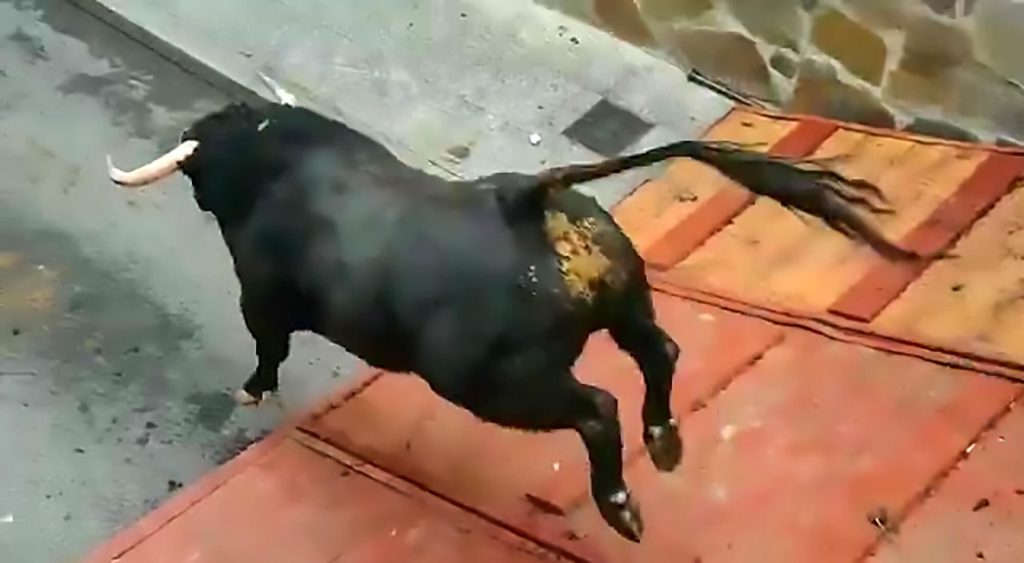 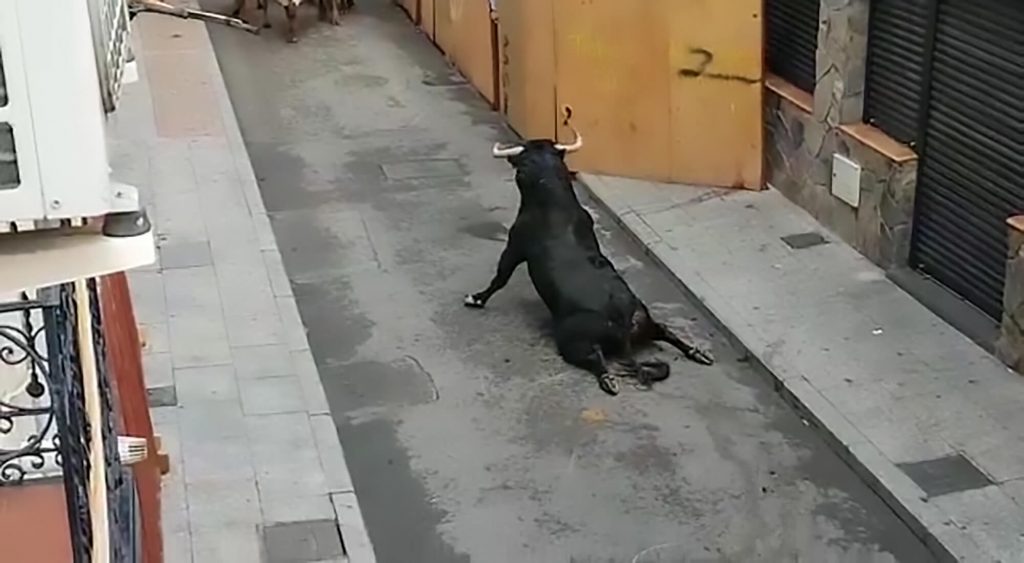 The animal can then be seen using its front knees to drag itself across the
ground with its back legs completely limp.

Reports suggest those responsible for the bull had placed the ramp too high
off the ground for the bull to get down safely.

PACMA have now reported the incident to the authorities as a case of animal
abuse and have asked social media users to support a petition for a change
in animal protection laws in Spain.

The video has received over 344,000 views online and netizens were outraged
at the footage.

User ‘guildrevenge’ commented: “How long are we going to continue supporting
this?”

And ‘cocacolaenlucha’ added: “When abuse of animals is the protagonist of
having fun there is only one clear idea and it is that we have a lot of
developing to do as a species.”

However, other netizens disagreed such as ‘EgGarcia99’ who commented:
“Breaking its legs is not people’s fault as it could have broken them there
or in a field.”