This is the moment an emu is chased by motorbike cops through a busy city
centre before collapsing and dying on the pavement.

The bizarre incident took place in the town of Sant Cugat del Valles just
north of Barcelona in the north-eastern Spanish region of Catalonia.

According to reports, the emu was chased by cops on motorbikes as well as a
patrol car for 2.2 kilometres (1.4 miles).

It is not known where the flightless bird came from, but it is believed to
have escaped from a nearby farm or animal park.

Local media said that the emu was first spotted in the morning, but it was
not until around 5pm when police were called to the area of Can Cadena. 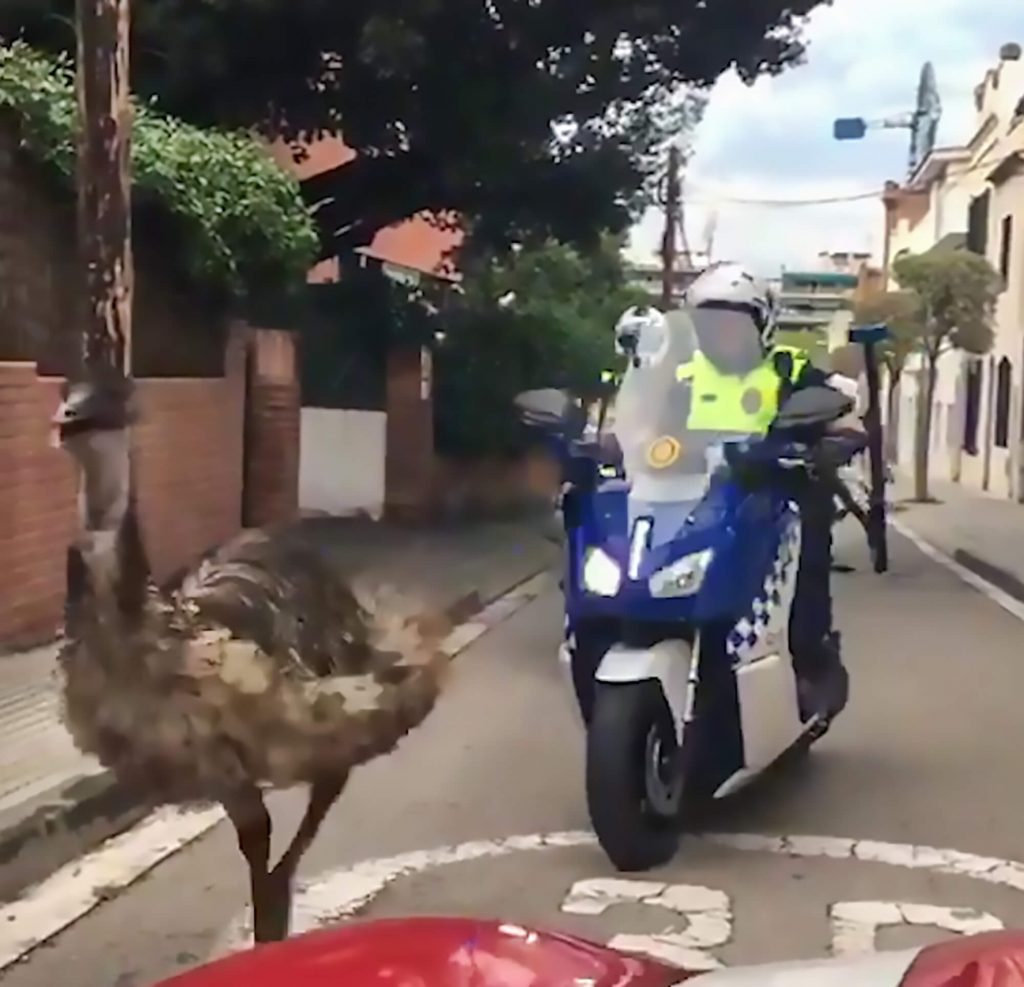 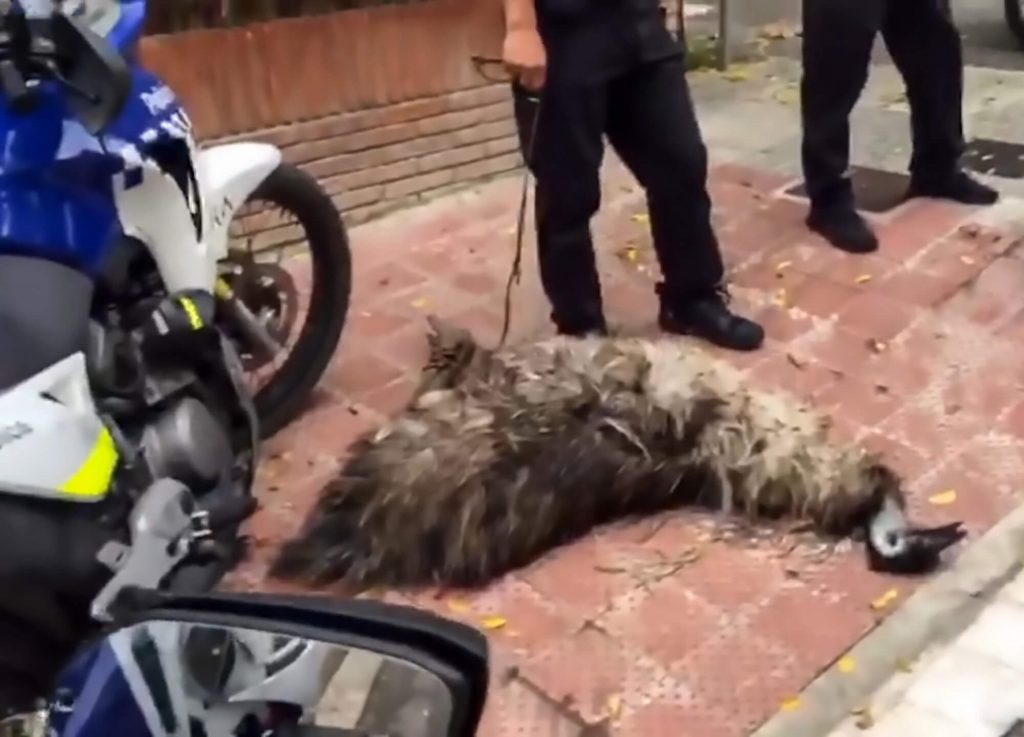 The bird started running through the city streets with police in hot pursuit
as baffled onlookers filmed the scenes with their phones.

Eventually, the emu collapsed and died. It is believed that it suffered a
heart attack caused by stress.

Local authorities confirmed that no weapon was used by chasing cops to stop
the tall bird, the second-largest living bird by height.

The emu was taken to a vet for a post-mortem examination.

Netizen ‘Mariajose Martinez Delgado’ commented: “I think there are better
ways of catching the emu that would not have involved it dying.”

‘Alba Roig Pages’ said: “The council always tries to promote decency, but
this was not was not applied when faced with an unusual situation like
this.”

Police are currently investigating where the emu escaped from.