This is the moment a black train passenger is pinned to the floor on the
platform by a team of security guards who had called him a “f*cking sh*t” in
an incident branded “atrocious” and “racist”.

The startling scene was recorded at the Atocha train station in the centre
of the Spanish capital, Madrid.

In the video, a black passenger can be seen arguing with security guards on
board a local train travelling to the town of Cercedilla on the outskirts of
Madrid. 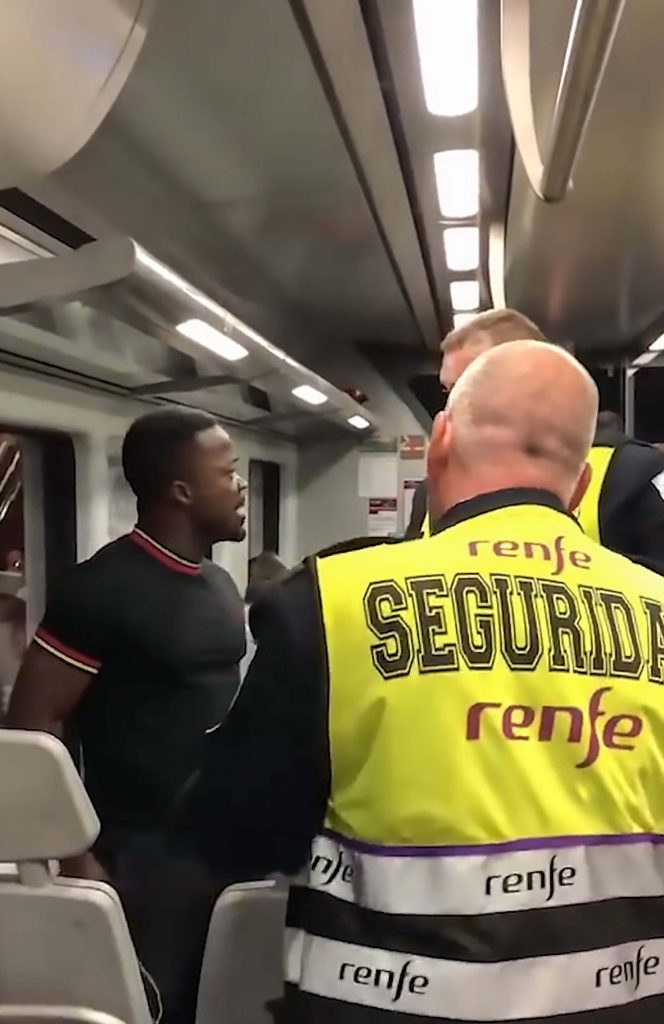 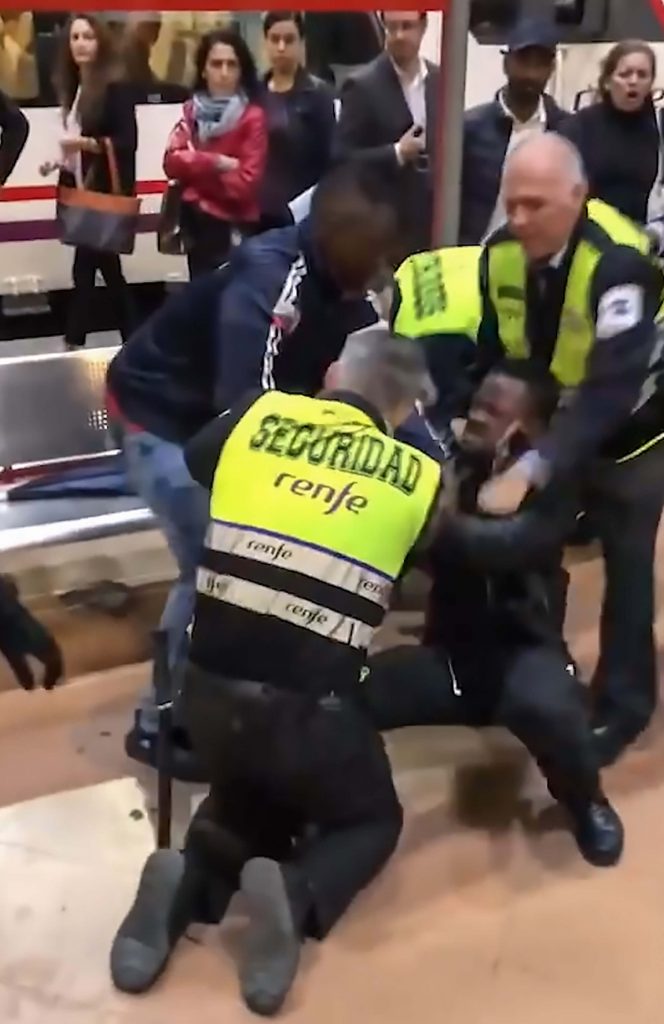 The passenger claims the security guards accused him of not having a ticket.

One of the security guards then tells the passenger to get off the train,
saying we can do this the easy way or the hard way”.

A security guard then says to the passenger “you are a f*cking sh*t” when he
refuses to show his ticket as he claims the guards are not authorised to ask
for it.

The passenger eventually gets off the train and several security guards can
then be seen pinning him to the ground as an onlooker tries to stop them.

The passenger manages to get to his feet but the guards do not loosen their
grip before he is freed and sits on a bench as the guards watch him.

The Spanish Network of Migration and Help for Refugees has reported the
incident to the authorities and the network’s president Daniel Mendez called
the incident “atrocious”.

Mendez said: “This atrocious incident is a show of institutional racism,
starting with the racial identification of the passenger and the physical
and verbal attack on a passenger who only asked for his rights to be
respected.”

He added it was “shameful” and said “an off-duty police officer told the
security guards they were going too far they continued and asked for
back-up, stopping the train and, with insults, stopped him (the passenger)
from continuing his journey”.

The network asked for the suspension of the business relationship between
the train network and the company which provides its security guards.

It is unclear if an investigation has begun into the incident.