This is the shocking moment when two women become trapped under a car on a
fast-moving flooded street and need rescuing by a group of passersby.

The incident took place in the city of Tarragona in the eastern Spanish
region of Catalonia.

According to reports, a 21-year-old woman was crossing the street when a
motorbike that was being carried by the onrushing water hit her and trapped
her under a parked car.

A 45-year-old woman who witnessed the scene, rushed to help the young woman
but was also unbalanced by the strong currents and found herself pinned by
the water under the same car. 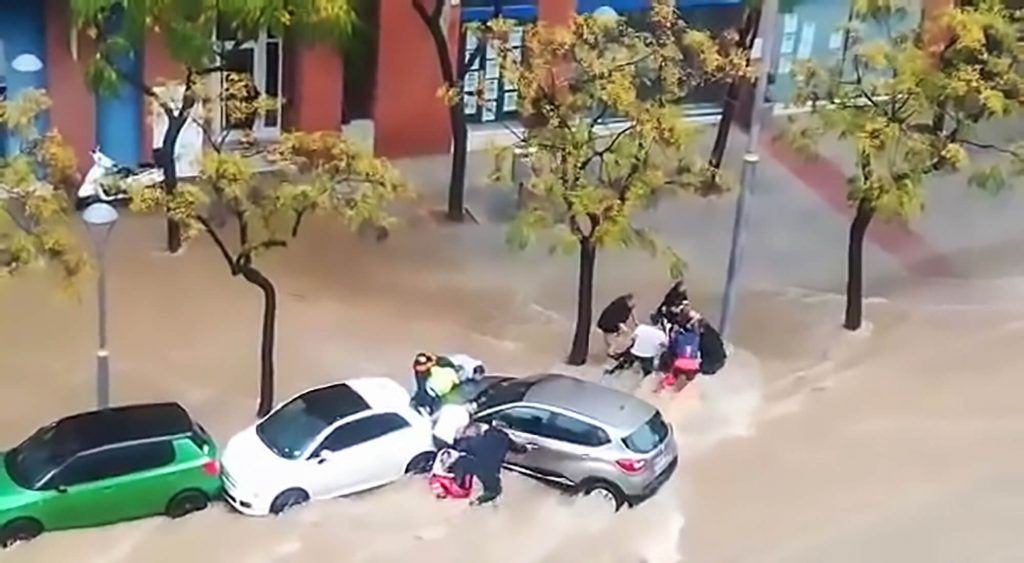 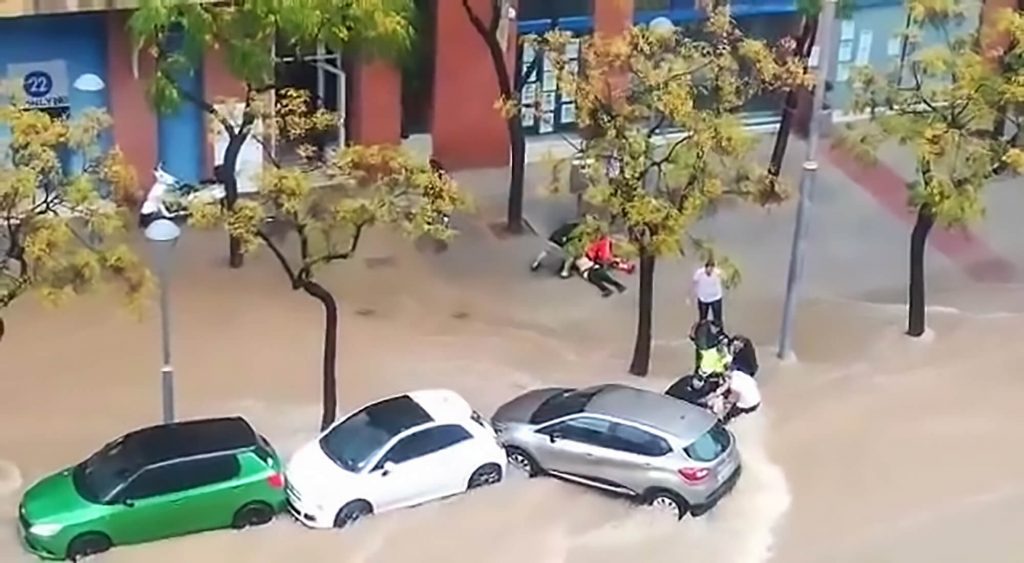 Several onlookers tried to help them, and at that moment a fire engine was
passing in the opposite direction to attend to a nearby emergency.

Firefighters jumped out of the vehicle and assisted the group while reports
said that local police and an ambulance also arrived at the scene.

The rescue operation was filmed by stunned eyewitnesses and the footage was
uploaded to social media.

In the video, the group of residents and officials attempt to pull the two
women from under the car as the fast-moving water mass makes the task
difficult.

Over three men are needed to pull each woman clear of the onrushing water.

According to reports, the two women were taken to hospital while one of
them, an unnamed 21-year-old, is said to be in a critical condition after
being unable to breath and suffering a heart attack.

The other woman swallowed a lot of water but is said to be in a stable
condition.

The region has been battered with heavy rainfall and storms in recent days
and local media said that the emergency services received over 977 calls
related to the adverse conditions.