This is the moment a man was left lying unconscious in the road after a
violent brawl broke out in the popular Spanish tourist island of Majorca.

An eyewitness with a smartphone filmed the brawl which ended with vehicles
having to swerve around the man who was left lying out cold in the street.

The incident happened in the city of Palma de Majorca, the capital of the
Balearic Islands.

The footage shows a group of youths fighting each other as one young man
lies on his back in the road. 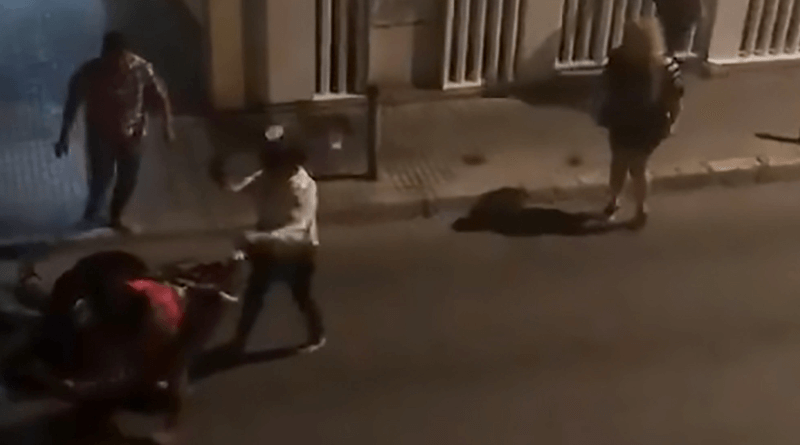 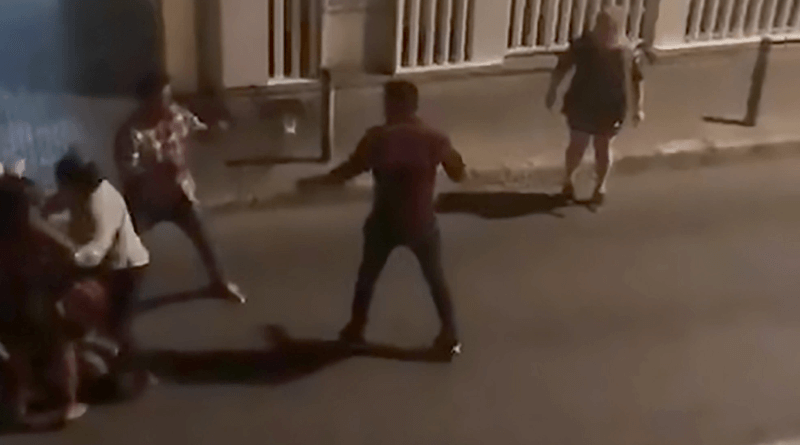 At one point another man rushes up and appears to kick him in the head.

In the end, they all run off and leave him lying in the street where
vehicles can be seen driving around him.

The clip was later shared on the ‘Barrio Chino Palma’ (Palma Chinatown)
Facebook page where users lamented violence in the Gomila area of the city.

“Fights, knife attacks, some people have even died in this area. Nobody
seems to care about the people living in the neighbourhood,” said one.

Netizen ‘Pamela Perez Leon’ complained: “I live in Gomila and it’s
terrible!!! Lot of fights, screams, loud music, drinking on the street,
people peeing in the street… It’s horrible, I see lot of police in other
areas but nobody here in Gomila! Enough!”

And ‘Araneta PB’ added: “Politicians do nothing… I guess the person who
recorded the scene with his mobile phone called the emergency services
before, didn’t he? Solidarity and empathy.”