This is the moment two cyclists discover three men sleeping in a van that is
stopped in the middle of an intersection with its engine running.

The bizarre incident took place in the city of Sabadell in the eastern
Spanish region of Catalonia at around 8.30am.

In the video footage, filmed by one of the cyclists and uploaded to social
media, the white van is seen parked up in the middle of a crossroads as the
cameraman explains: “The vehicle is running and the three drivers are fast
asleep.” 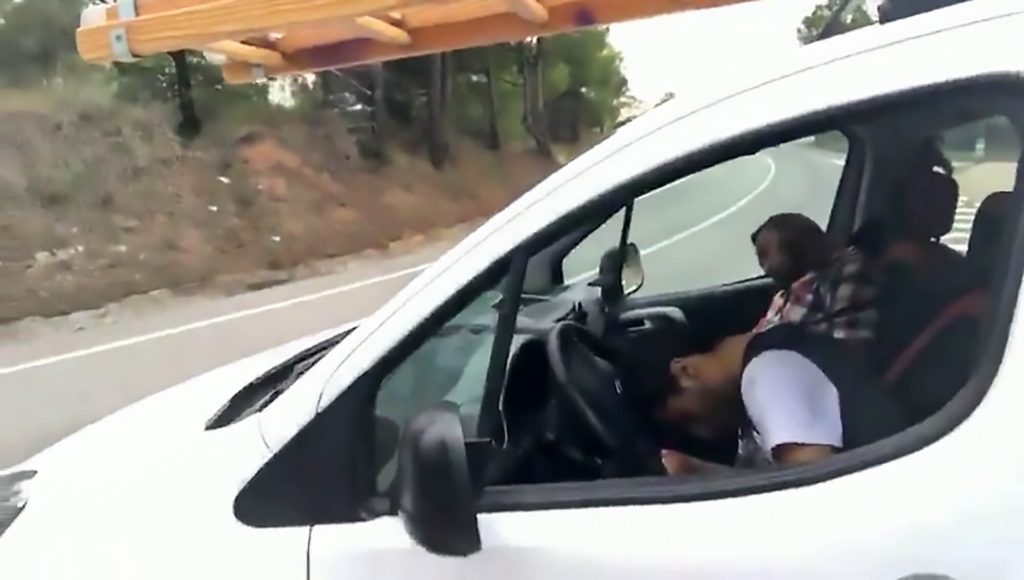 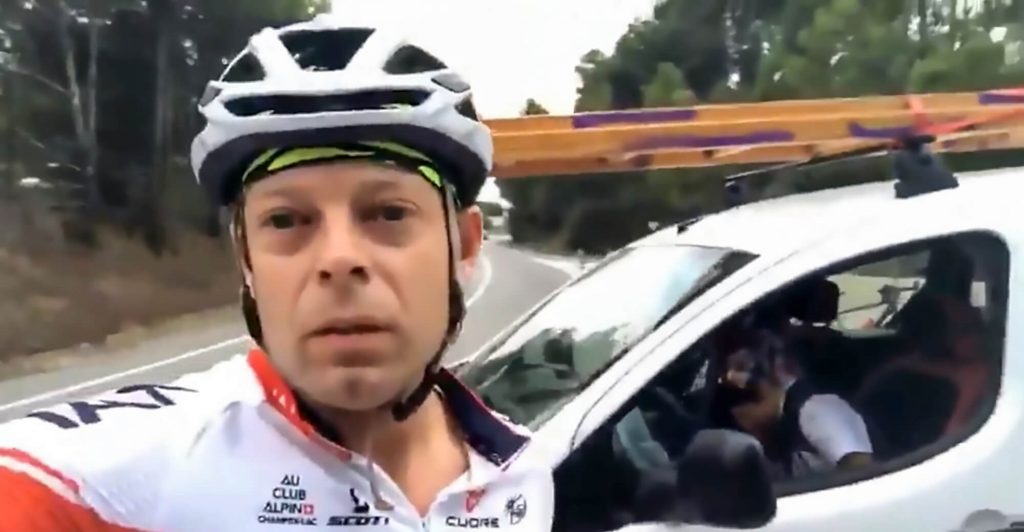 The cyclist also said on social media that the road is usually “very busy”
in the mornings and that they stayed behind a while to alert other motorists
and cyclists approaching the intersection.

According to local media, the thoughtful residents also called the cops who
arrived on the scene and carried out a breathalyser test.

The driver, seen resting his head against the steering wheel in the footage,
reportedly had a blood-alcohol limit of 0.66 milligrams per litre.

It was not mentioned if the driver was arrested or penalised for being 0.16
milligrams over the Spanish limit of 0.5, which is stricter than the UK
where it is 0.8 milligrams.

Netizens had a lot to say about the footage. Social media user ‘Paul Giblin’
commented: “In England, if you test positive for alcohol you are banned from
driving for one year. Here, they give you points and allow you to carry on
driving. It is a joke!”
‏
‘MirateTu’ added: “A stiff fine and a driving ban are what those drunk men
deserve!”