A father has been arrested over the death of his 21-month-old daughter who
was left locked in the car for most of the day after he had forgotten that
she was there.

The incident took place in the district of Hortaleza, in the Spanish
capital, Madrid.

The father a Spanish national was taking her to the nursery but when he
arrived he simply locked the car and walked to work without realising that
he had left his daughter inside. 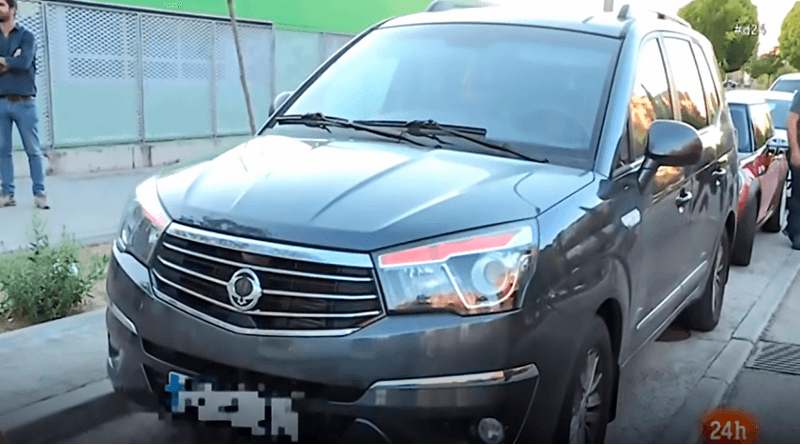 When the mother went to the nursery around 3 pm to pick her daughter up, she
was told that the girl had not been dropped off that morning.

The mother then frantically managed to locate the car and open it with a
spare set of keys. To her horror she found her daughter had been locked
inside all day with intense heat.

Paramedics who were called to the scene spent 45 minutes desperately trying
to revive the child but the tot had gone into cardiac arrest, and they were
finally only able to confirm her death.

The father who is receiving psychological attention is said to be “in a
state of shock.”

He has been released after being questioned by homicide police although it
is likely he will be charged with “reckless homicide.”

There have been several cases in Spain of small children dying after being
left in cars during high temperatures.

In August in Manacor, Majorca, a 10-month-old baby died in a heat wave after
her grandfather absentmindedly locked her in the car for eight hours.

In an almost identical case in July 2009, a three-year old-boy died in
Leioa, in the northern Spanish province of Vizcaya, after his mother forgot
to drop him off at the nursery and simply left him locked in the car.

In summer 2008, two similar cases occurred. On 18th July, a two-year-old boy
died of dehydration in Seville and on 31st July, a 25 day-old-baby died in
Olot, Gerona, eastern Spain, after the father had put a basket in the boot
without noticing the baby was inside.

In all cases the common factors seem to have been genuine absent-mindedness
combined with characteristically high temperatures.