This is the moment a topless thug with a machete threatens a bleeding man as
he cries in pain in the centre of Barcelona.

The startling scene was recorded by an onlooker in the Raval neighbourhood
popular with tourists in the Spanish city of Barcelona in the province of
Catalonia.

In the video, a topless man brandishing a huge machete can be seen stood
over a man who appears to be lying on the floor and crying in pain.

The machete-wielding thug begins to walk away but the man on the ground, who
appears to be bleeding profusely, continues crying in pain. 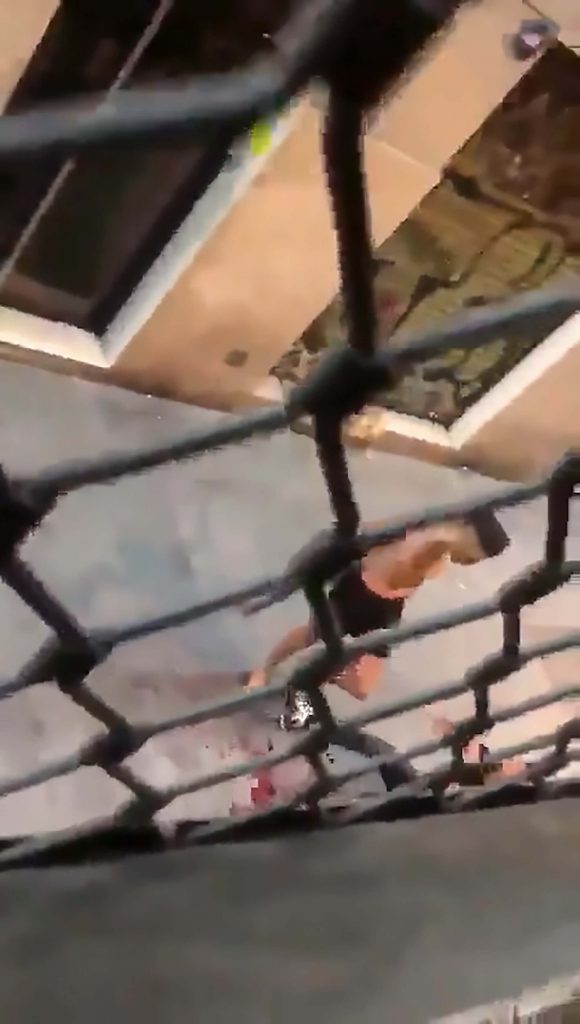 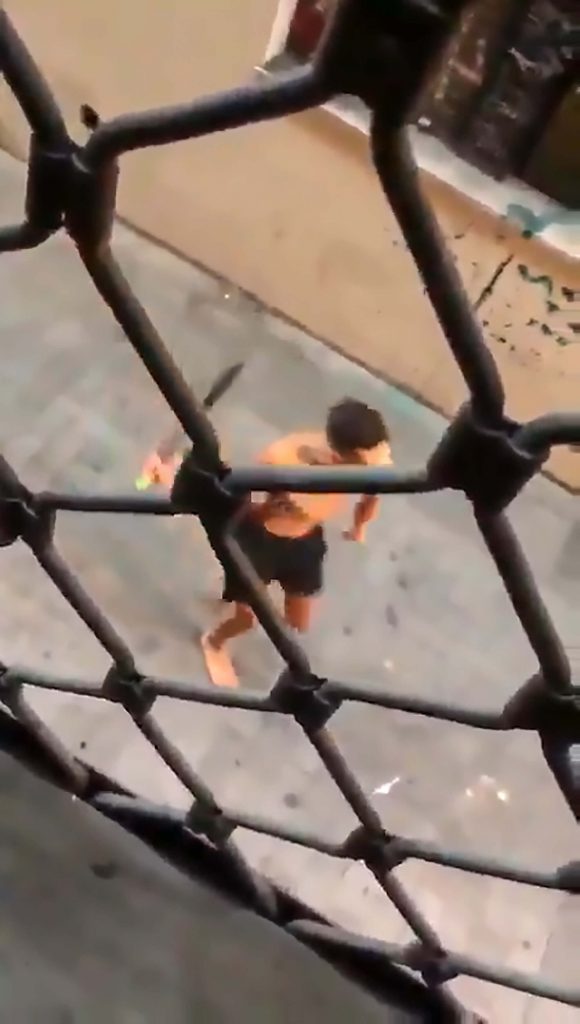 The topless man returns to the apparent victim and threatens him again
before walking away.

Local media report the victim, of North African origin, has been
hospitalised but his life is not in danger.

Police sources confirmed they have identified the aggressor, also of North
African origin, but no arrests have been made.

Reports suggest the machete seen in the video has now been seized by the
police.

No motives have been given for the attack.

In April this year a man was injured in the leg in a machete attack in the
Raval area of Barcelona.