This is the shocking moment two daredevils wearing ‘Predator’ masks speed
along a busy motorway at over 60 mph on an electric scooter.

The incident took place near the city of Sagunto in the eastern Spanish
region of Valencia and the Civil Guard have confirmed that they are
investigating the matter and have identified the man on the scooter.

Although his name has not been disclosed, he is said to be a 32-year-old
resident of Faura

The bizarre scene was captured by a stunned motorist and uploaded to social
media.

Reports said that they the two suspects were travelling at speeds of 100 kph
(62 mph). 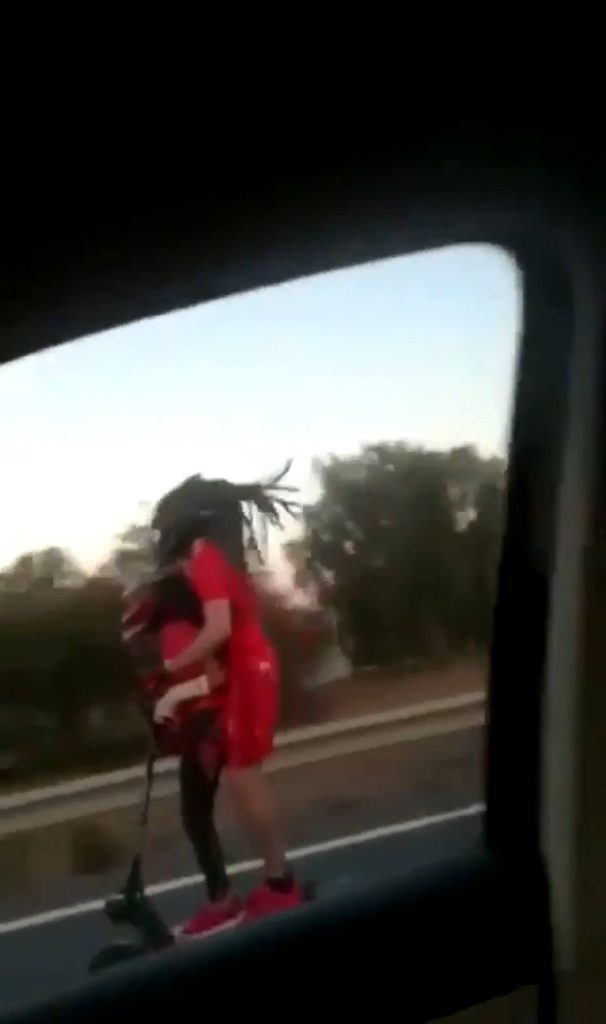 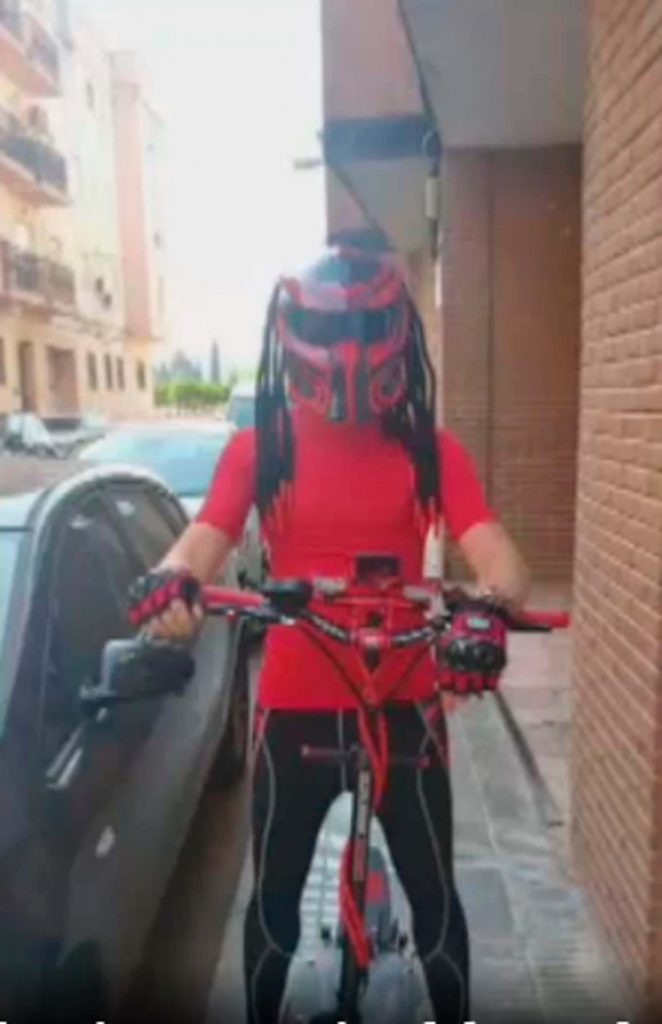 In the footage, the mask-wearing offenders are standing together on the same
electric scooter as it flies along the outside lane of the busy motorway.

As the filming motorist passes them, they are seen wearing masks from the
‘Predator’ movie series.

The rider at the front appears to be a youngster or a small woman while the
passenger holding onto the driver is the detained 32-year-old.

However, as they are wearing masks it was difficult for the authorities to
identify the culprits and they are still trying to track down the person at
the front.

According to netizens’ comments on social media, many people think the small
driver – who at first glance seems like a child – is actually a woman.

Several people said that the couple in the video are known skaters in
Sagunto.