This T-shirt featuring a huge photo of Adolf Hitler printed on the front has
been spotted on sale in a tourist shop in Majorca.

The photos were taken by social media users at Palma beach on the Spanish
Balearic island of Majorca. 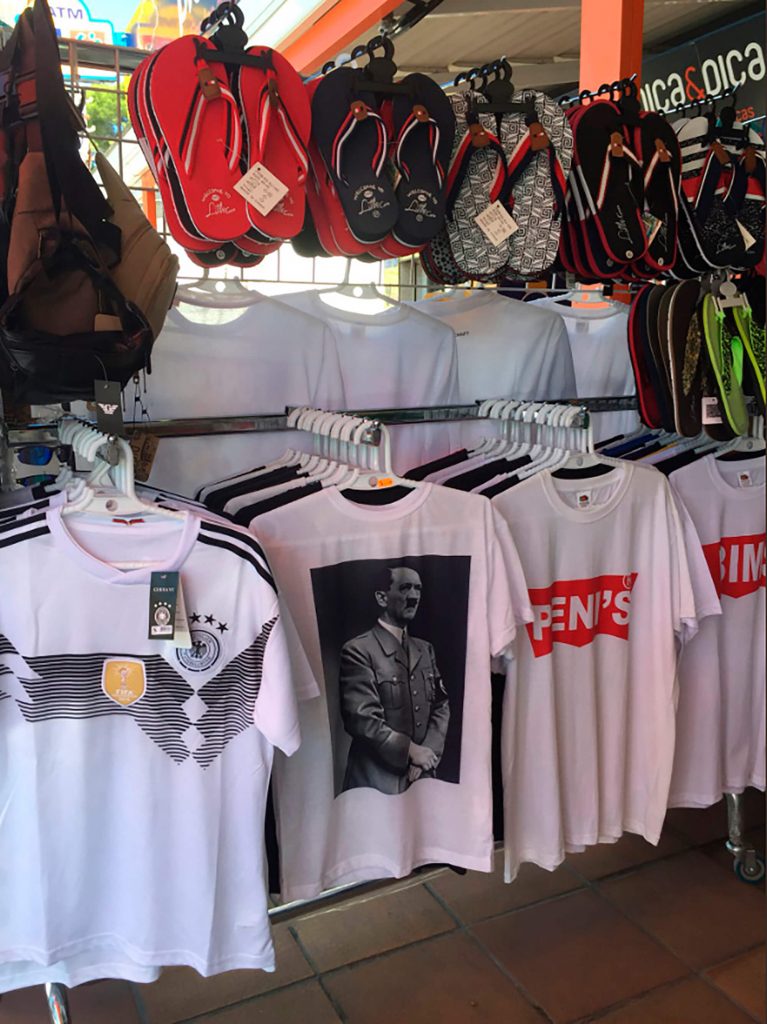 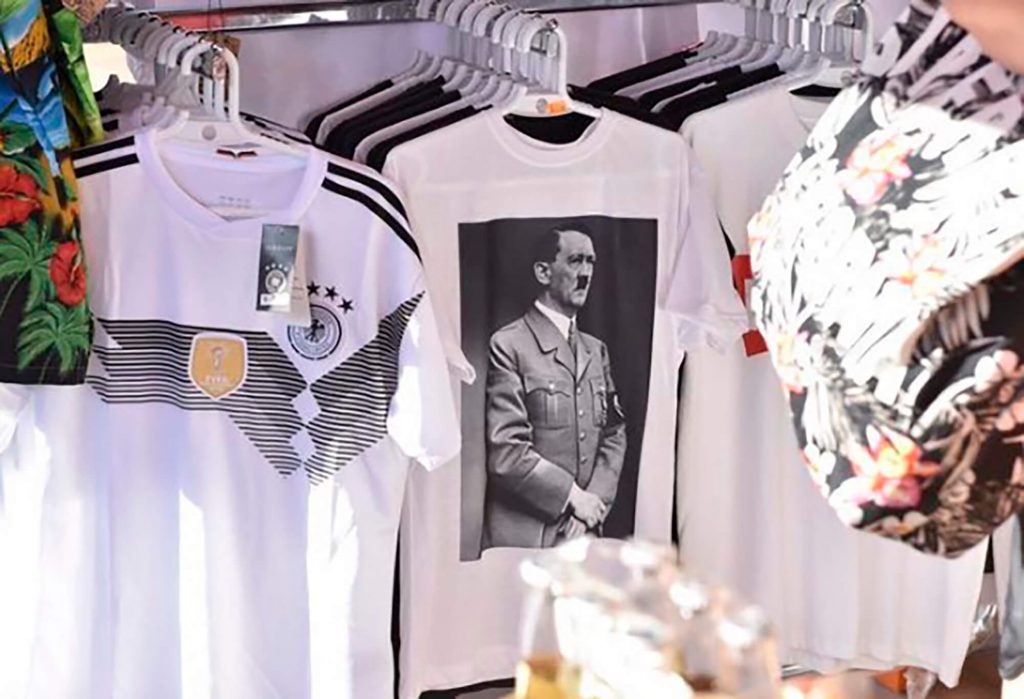 In the photos, a white t-shirt featuring a photo of Nazi leader Adolf Hitler
covering nearly its entire front can be seen hanging from a rack in a shop
next to a German national football team shirt.

The photos were posted to social media by ‘joanramax’ with the comment: “On
the street in Palma most visited by German tourists, you can find souvenirs
that in their country are impossible to find.”

The user shared the address of the shop and asked the city council to act
against the sale of the shirt.

One netizens commented: “This would be a scandal in Germany.”

And ‘ibarz_lluis’ added: “In Germany they would be visited by the police.”

Local media outlet Diario de Mallorca report that the shirt had been ordered
by a German tourist who asked for Hitler’s image to be stamped onto it but
did not return to pick it up. It is reported that the shop has removed it
from sale and will destroy it.