This is the moment a young heifer is heard bellowing in pain and fear as it
is dragged through the streets by participants in a traditional town
festival in Spain.

The disturbing images were captured by spectators during the popular
festivities of San Mateo in the city of Cuenca, central Spain. 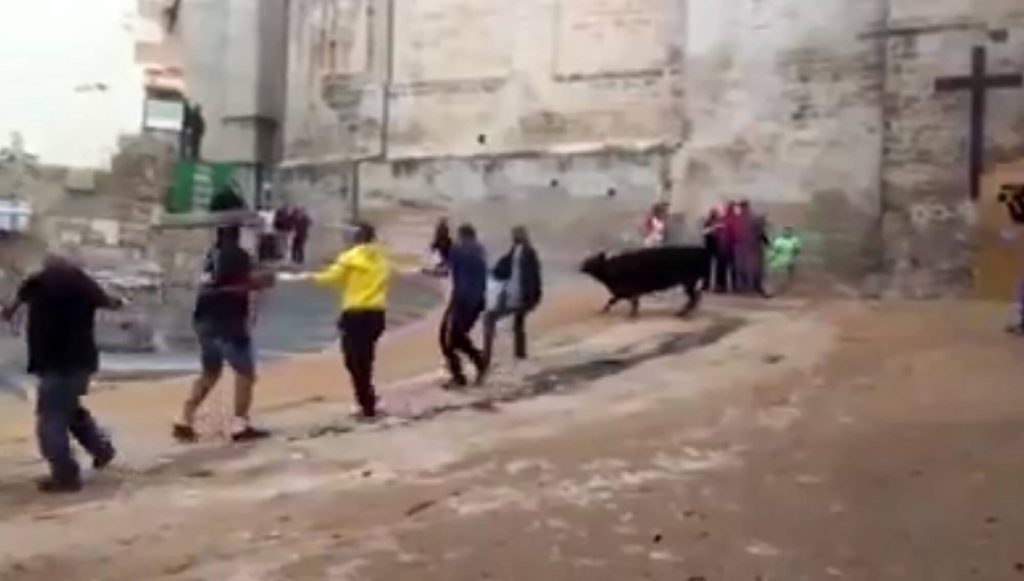 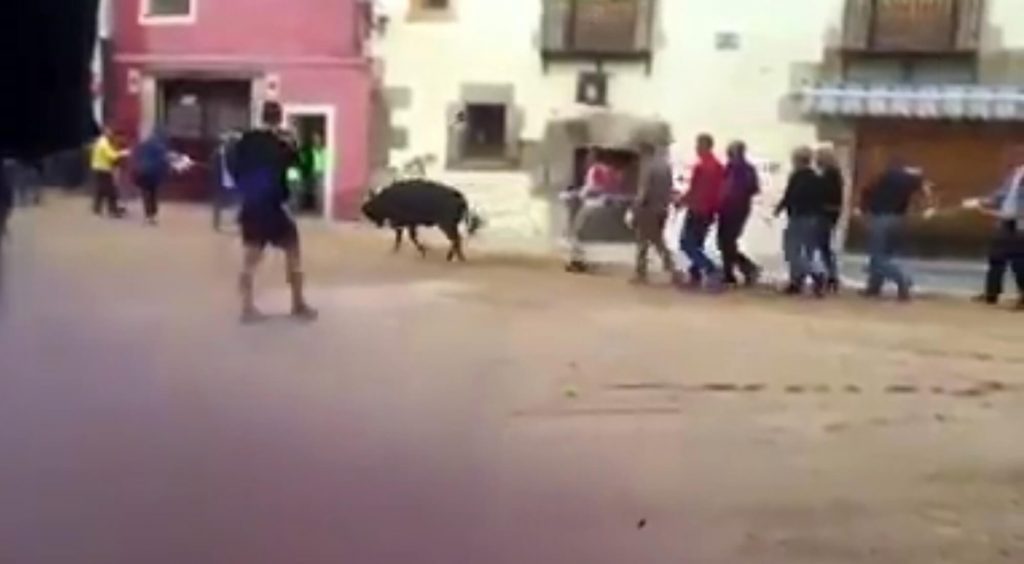 The annual tradition is known as  the “toro enmaromado” (tethered bull) in
which the animal is tied by its horns to a rope and then dragged through the
streets of the city by dozens of volunteers.

The footage was shared by the Cultural Association Against Bullfighting in
nearby Ciudad Real and has lead to formal complaints against the local
authorities.

The animal welfare association claimed that at the start of the festivities
the participants had broken municipal bylines forbidding the tethering of
animals to a fixed point. They argued that the bulls were often left tied to
a post for hours until it was their turn to be dragged.

They also alleged that many of the participants were clearly under effects
of alcohol, and that children younger than 16 had been allowed to join in.

PACMA, (The Animalist Party Against the Mistreatment of Animals) has asked
for local government funding of these types of festivities to be withdrawn,
and for people to share the video to raise awareness of the cruelty
associated with many small town and village festivities in Spain.

Recently, animal welfare activists have shifted their focus away from
professional bullfighting and instead on to the thousands of local events
throughout the country where bulls and other animals suffer in the name of
tradition.