This is the shocking moment a bull with flaming horns suddenly gores an
elderly attendee at a festival event.

The incident took place at 2am in Jerica, a small town in the Castellon
province of the eastern Spanish Valencian Community.

According to local media, 71-year-old Rogelio Rodrigo Rodrigo died from his
injuries in intensive care following the incident.

Rogelio was attending a traditional ‘toro embolado’ (‘bull with balls’), a
night-time event where spherical objects are placed on the animal’s horns
and set alight.

The flaming bull is then set loose on the streets.

In the video footage, the bull is seen entering an arena from the street
with its horns alight. 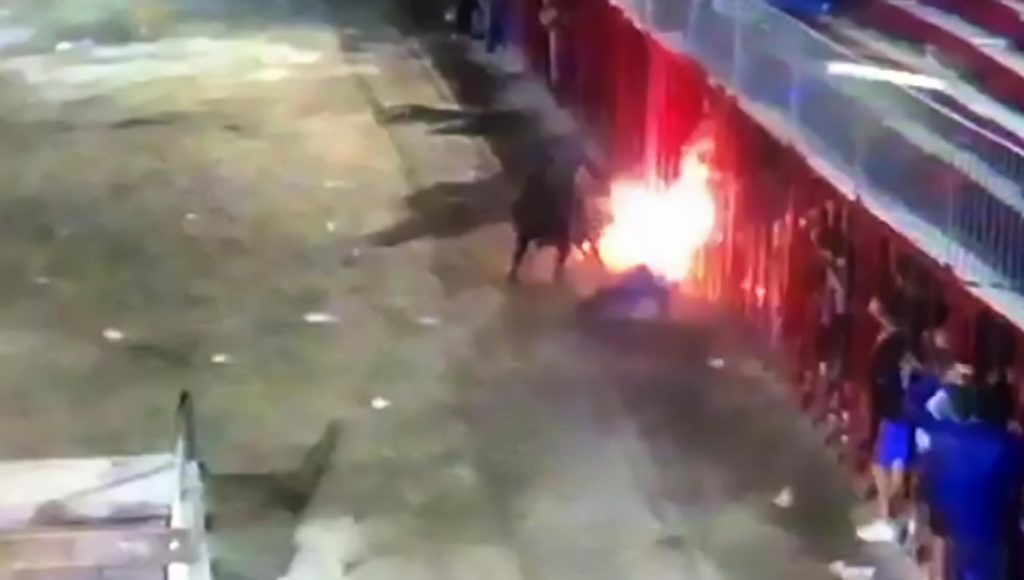 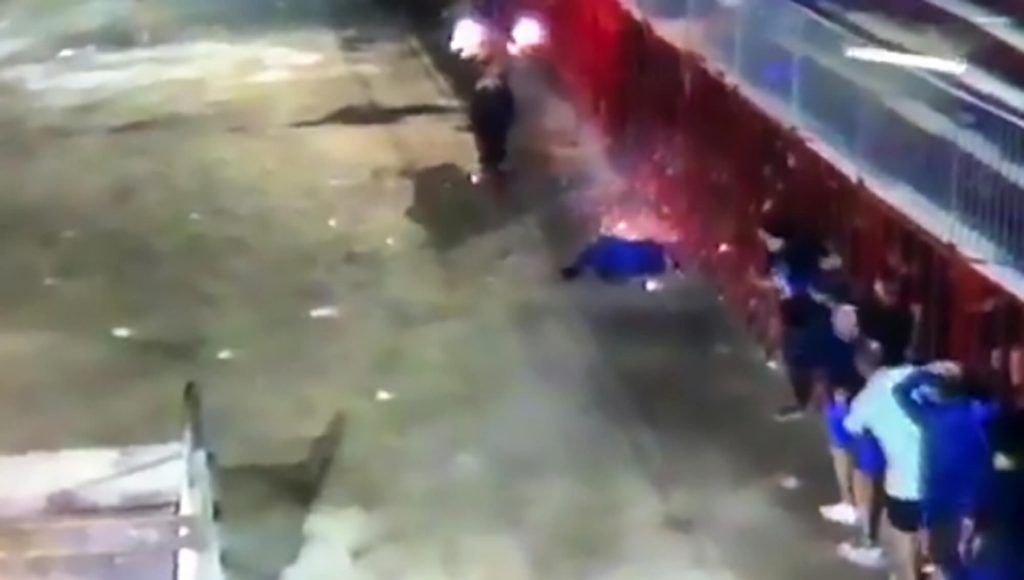 It then makes a beeline for several people standing on the outside of a
barred gate that protects spectators from the bulls in the ring.

As they rush to get behind the gates, the 71-year-old is slightly too slow
and the bull charges him, thumping him against the gate and setting the OAP
alight.

He lies motionless on the ground as the fiery animal runs to the other side
of the arena.

Scores of spectators flood out of the stands to check on the elderly victim.

According to his wife Rosa Maria Guerrero, Rogelio was carried to an
ambulance where paramedics checked his vital signs and took him to the
Sagunto Hospital.

She was then contacted and told that her husband was in danger. He was
pronounced dead at 10:30am.

He was said to be a keen fan of bull events and regularly attended them.