This is the moment a spectacular lightning strike scores a direct hit on an
18th century castle in southern Spain.

The stunning meteorological event was captured during a storm in the coastal
town of Aguilas, Murcia province, south-eastern Spain.

The Castillo de San Juan de las Aguilas, which sits on a rocky promontory
overlooking the port, received the full brunt of a stunning electrical
storm.

The video footage shows how a black sky first turns violet shortly before  a
sudden flash, and forked lightning appears in the sky. Then a thick bolt of
lightning strikes the castle directly giving it the eerie appearance of a
flaming chimney exuding a thick column of electric fire into the sky. 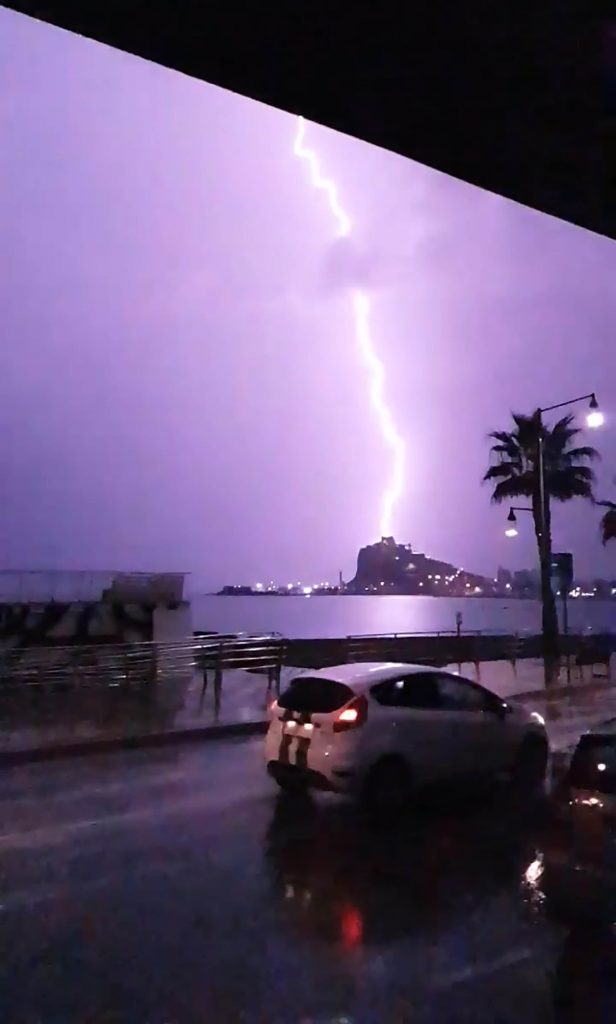 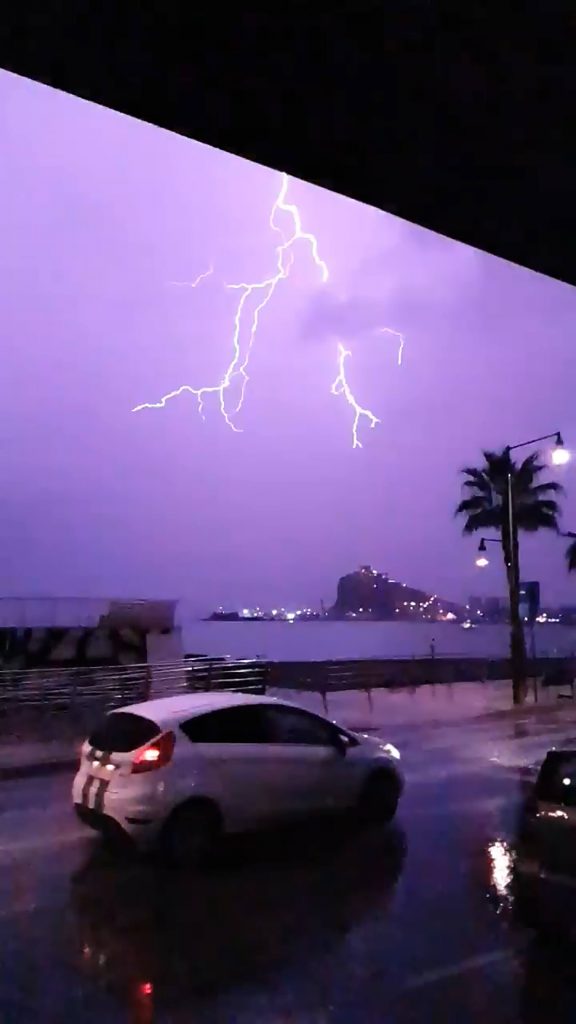 The Castle which was built on the ruins of an earlier 16th century Watch
Tower designed to look out for marauding pirates, suffered no significant
damage.

Netizens were quick to savour the footage posted on social media with over
172,000 views, and 6,000 shares. Most of the comments were along the lines
of “Wow!” and ” Amazing” although at least one commentator worried about the
possibility of anyone being hurt while another expressed the opposite view
saying: “It’s a pity it didn’t hit a few people gathered up there together.”
Another wondered what the effect would be on his car’s performance had the
lightning struck his vehicle while one commentator  suggested that the
footage would make a great Ford advert.

The region of Murcia continues to be on yellow alert for storms, following
severe flooding in Aguilas at the beginning of the month.