This is the moment a bull crashes through some wooden barriers and charges
over two women who ended up in hospital.

The incident took place in the village of Arcas, in the central Spanish
province of Cuenca, during the traditional bull running festival which is
the peak of the week’s annual festivities for the village’s 1,700
inhabitants.

According to the Mayor of Arcas, Joaquin Gonzalez Mena, the incident
happened around 9 am when the first bull participating in the event, escaped
at high speed and gored a spectator who was later treated in hospital for
mild injuries.

The bull then made light of the flimsy wooden barriers and charged through
them as a voice off camera can be heard uttering a traditional Spanish
blasphemy. 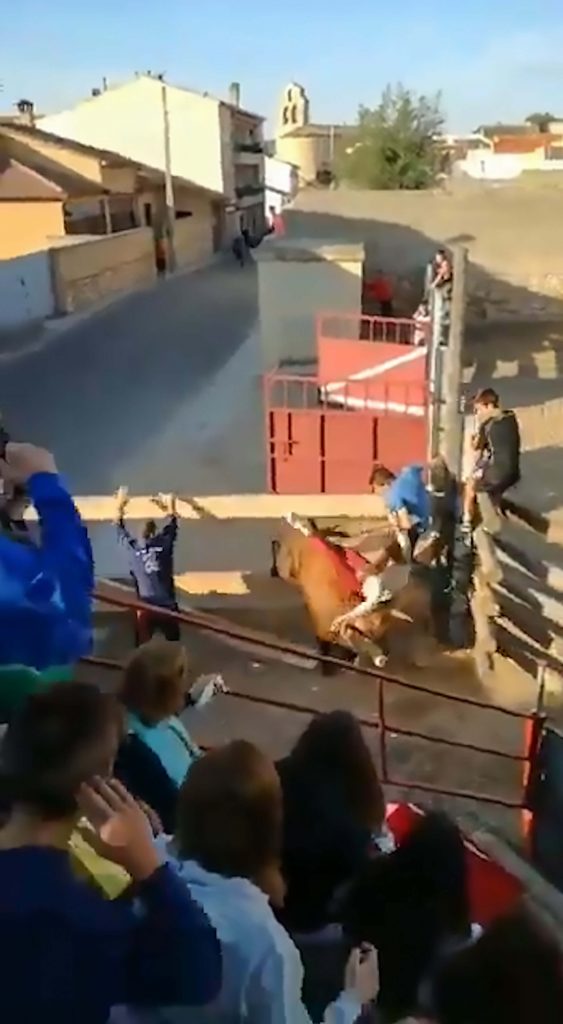 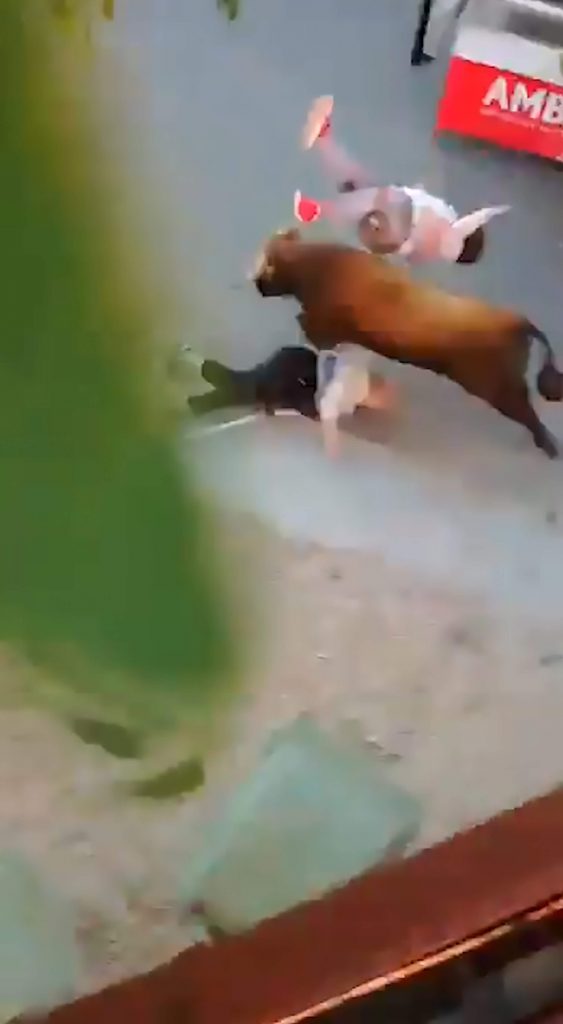 As the bull continues to charge down the street it runs over two women
leaving them motionless on the floor. Both women were attended by paramedics
at the scene before being sent to the Virgen de la Luz Hospital in the
provincial capital, Cuenca.

The bull finally ended up in a nearby field where it was shot and killed by
Spanish Civil Guard officers.

The Mayor, Gonzalez Mena, admitted that the incident “was a big shock” and
that they were still following the women’s progress in hospital closely.
Neither are thought to be in any danger.

He described the bull’s escape as “unexpected” and “exceptional” and claimed
that it was all sorted out soon and thanked local residents for their
cooperation.

“It is a one-in-a-million circumstance, he said.

The mayor confirmed that they had complied with all the requisite permits to
carry out the traditional bull running and had decided to continue with the
festivity once the fence was repaired.

Bull running in small villages in Spain, are often the focal point of the
village’s annual festivities. Every year they  lead to numerous injuries and
sometimes deaths.

Recently, animal welfare activists in Spain such as PACMA (Animalist Party
Against the Mistreatment of Animals) have shifted their campaigning away
from the big, professional bullfights, and on to the thousands of events
that take place in small towns and villages in Spain, and sometimes give
rise to incidents such as the one captured on film in Arcas.