This is the shocking moment animal carers look after a tiny kitten they
believe was attacked by someone who wanted to blind it.

The one-month-old kitten, named ‘Zeus’ in order to give it strength, was
found in Ripolles in the eastern Spanish region of Catalonia. 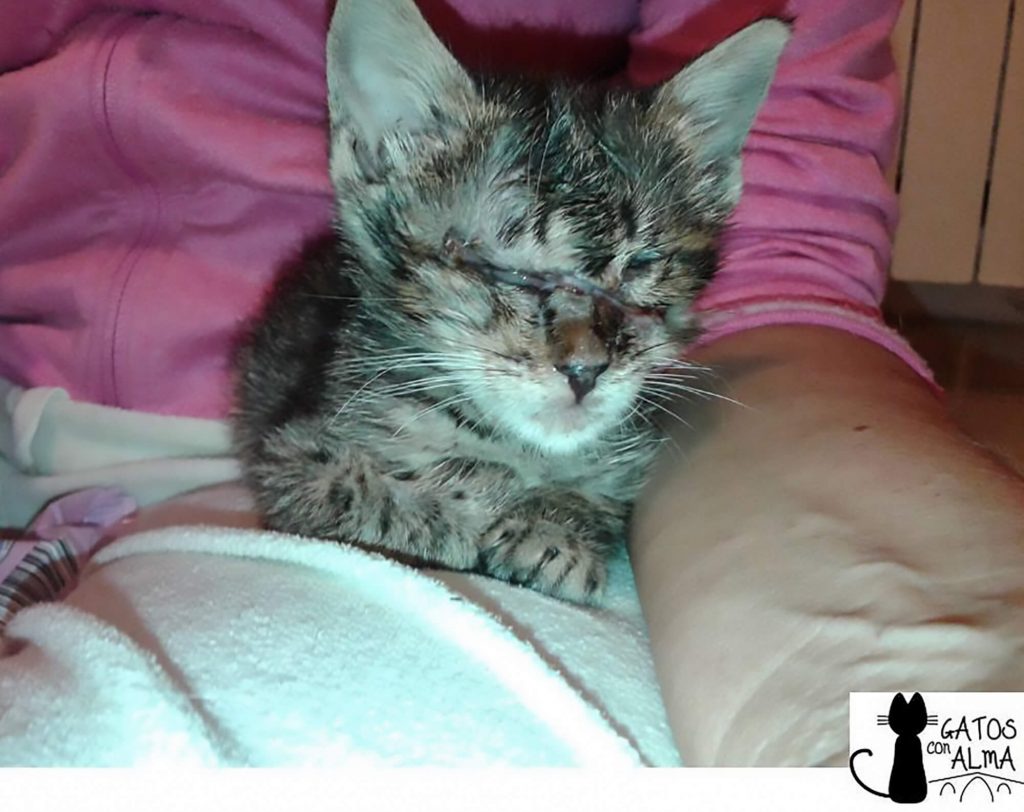 They believe a weapon was used to slash or burn the kitten to intentionally
blind it, and are fighting to save the sight in one of its eyes.

Association workers are keeping netizens up to date on the kitten’s recovery
on social media.

Vets made a small hole to help the kitten breath, and said that its recovery
is slow but Zeus is in the best possible hands now.

The association has launched an online campaign to raise money for the
maimed kitten’s medical costs and constant care that it currently requires.

Carers said on social media that veterinarians initially offered to put the
animal down, but they refused.

Even though the animal had been badly abused and was still suffering, they
wanted to give Zeus one last chance as it “tries to play and behave like a
normal cat sometimes”.

The association has reported the case to the authorities and hope to find
the culprit who maimed the one-month-old kitten.