The disturbing incident took place at a traditional bull running festival in
the town of San Antolin in Medina del Campo, in the central Spanish region
of Castile and Leon.

In the video, a large group of horse riders can be seen making their way
down a dirt track when a young bull runs from the group towards a bystander
stood near a fence. 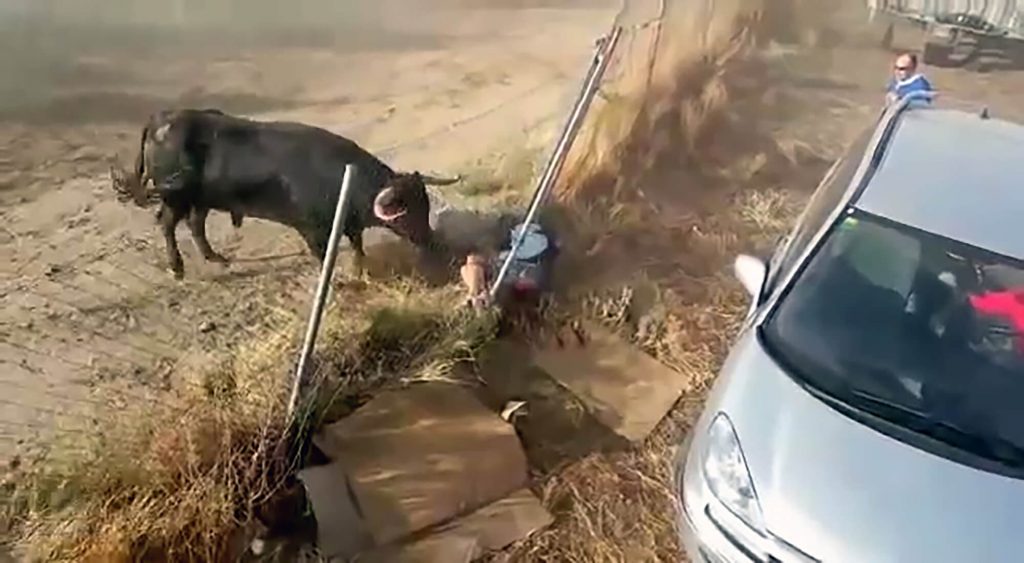 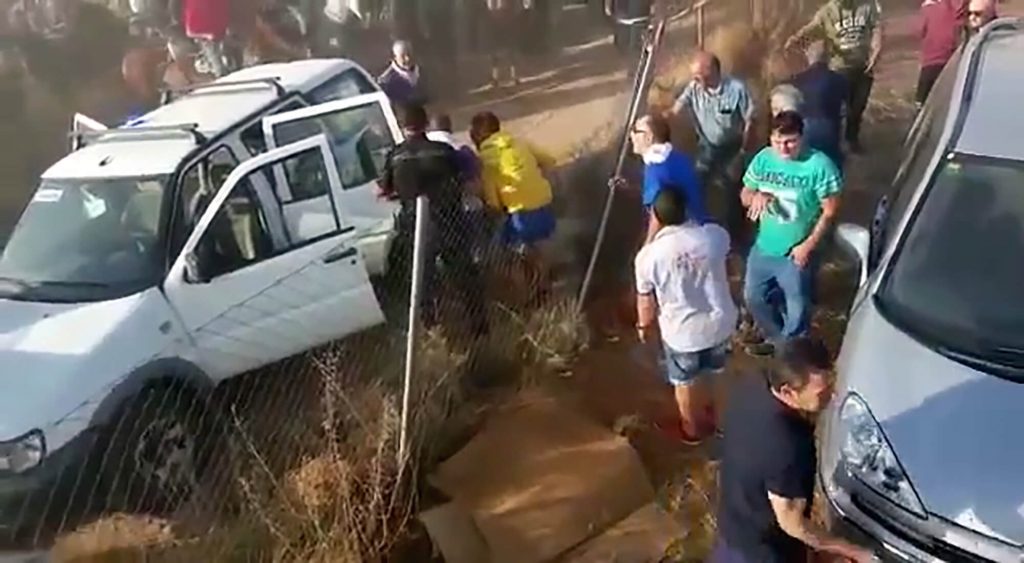 The spectator tries to run away from the bull but the animal manages to pin
the man to the fence with its horns.

The victim, identified only as J.G., 54, is knocked to the ground and the
bull then repeatedly gores him with its horns, pinning him against the
fence.

The bull continues attacking the victim, lifting him into the air before
eventually running away, apparently with its horns now bloodied, leaving the
man lying on ground before a white 4WD arrives and speeds him away.

Local media report the victim was taken to a local hospital before being
transferred to a larger hospital in the city of Valladolid, where he remains
in a serious condition in an intensive care unit.

The city council of Medina del Campo said that “it is an isolated incident”
but “we have to say it is recommended not to stand where the incident
happened, according to the rules.”

Jose Maria Magro, local councillor for tourism, said: “The municipal rules
said that participants are banned from standing in that area. The behaviour
of the horse riders was fine as it was not possible to get to the scene on a
horse without the risk of things getting worse.”