This is the dramatic moment rescuers pull a young woman out of the rubble of
her collapsed building following a devastating gas explosion.

The incident happened around 9.20am in the city of Burgos in the central
Spanish region of Castile and Leon.

The woman seen in the footage, identified as 23-year-old Naiara, was
sleeping at home when the gas explosion happened in a nearby house, damaging
the building. 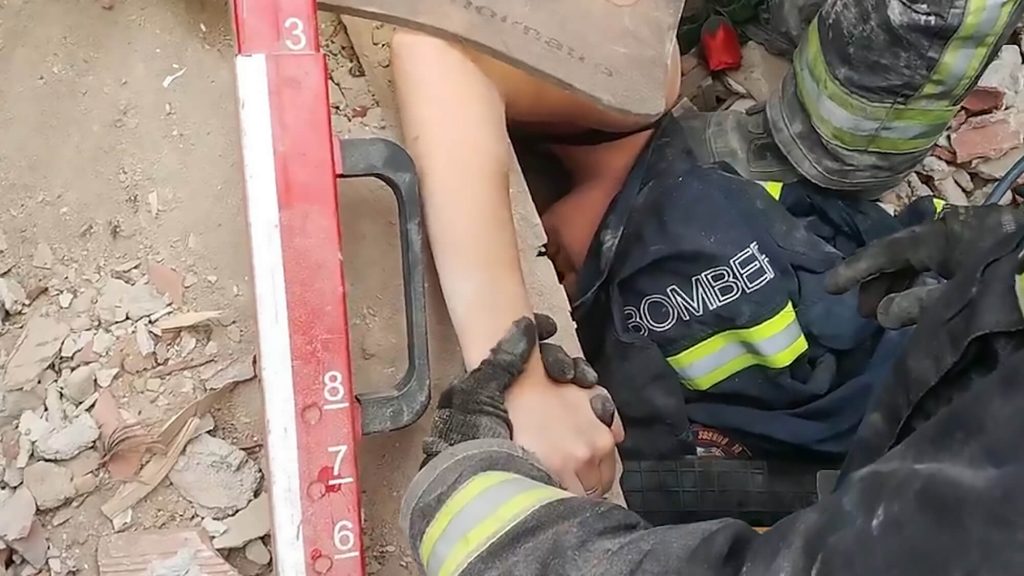 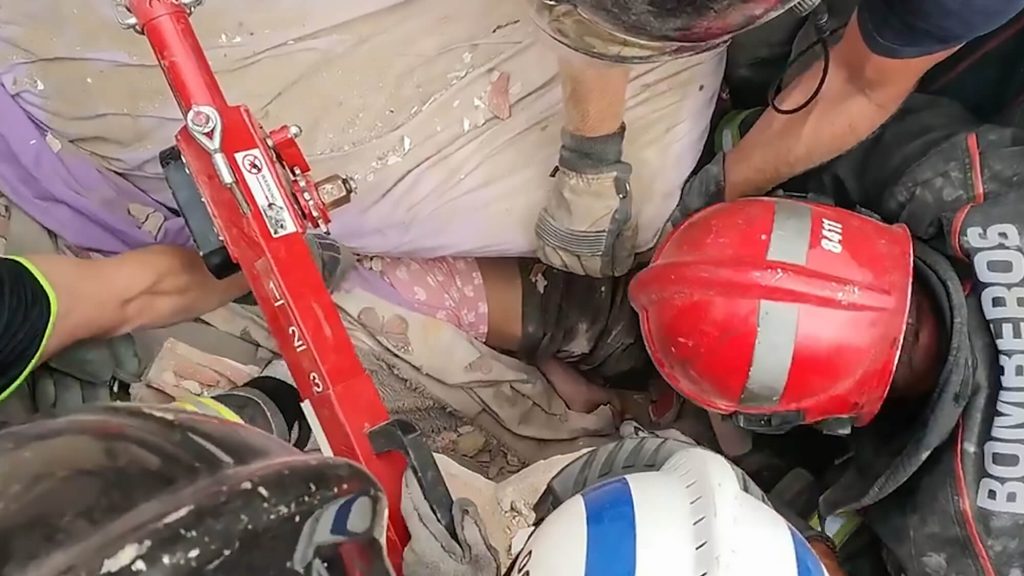 According to firefighters, she was saved by her mattress and bedroom wall
which prevented her from being crushed by the debris.

Naiara also had her mobile phone with her so she was able to contact the
emergency services.

Firefighter chief Julio Estebanez told local media: “Her legs were trapped
under the debris. She was very scared.”

The rescue operation, seen in the video footage, lasted around 90 minutes
and the victim was conscious throughout.

Naiara was rushed to hospital where she was treated for her injuries, mostly
to her legs. Reports said that she has since been released and is currently
using a wheelchair.

Police are investigating the incident, however preliminary investigations
suggest that it may have been caused by a couple arguing over two gas
bottles.

Reports said that cops were called to the residence where the explosion took
place during the night to investigate a noisy domestic dispute.

At the time of the explosion, the woman was not at home and police suspect
that the man may have been involved. He reportedly suffered burns during the
blast.