This is the dramatic moment a newborn zebra is saved from drowning by
quick-thinking zoo workers as its concerned mummy watches from the water’s
edge.

The incident took place at the Valencia Bioparc in the eastern Spanish
region of the same name.

According to reports, the mum zebra, called La Nina (The Girl), was in
labour in her enclosure and zoo workers were monitoring everything.

They were also quick to act when the newborn zebra, after the umbilical cord
was cut, fell into a water body in the enclosure and could not get out.

In video footage of the incident, the young foal is seen stumbling into the
water and making a distressing panicked sound. 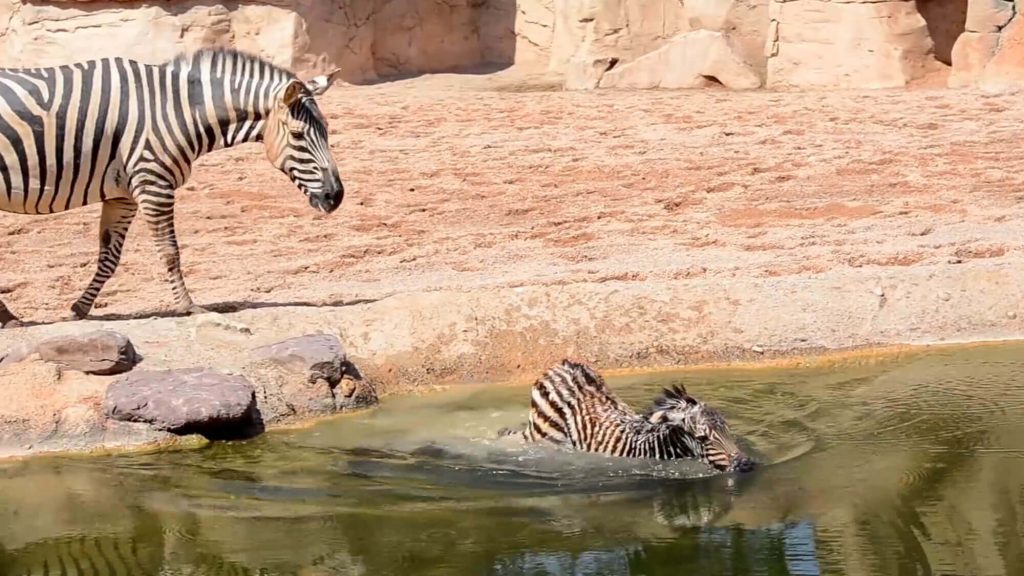 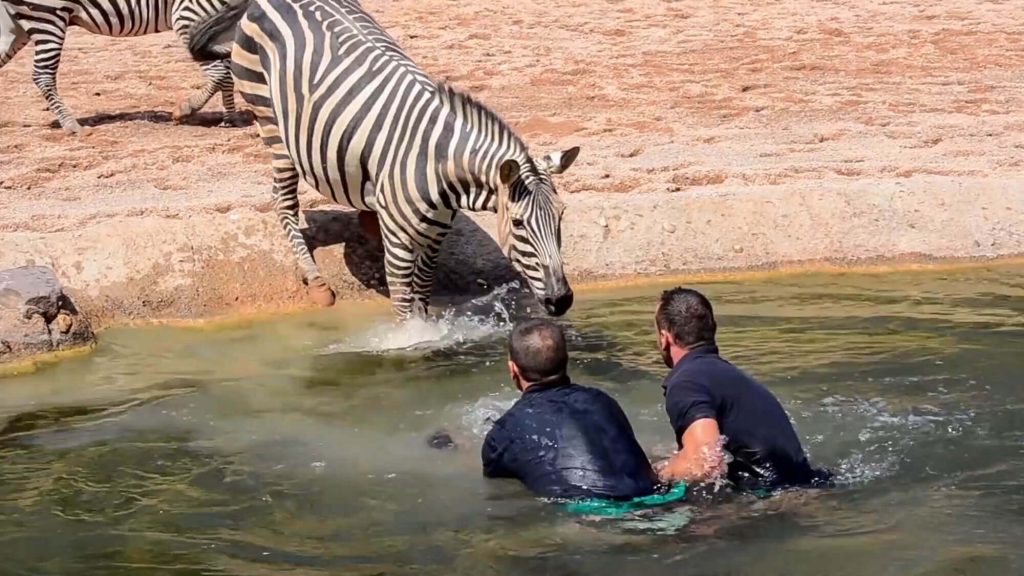 The poor animal keeps slipping under the water as two zookeepers are quick
to react and approach the newborn.

Its worried mother looks on from the water’s edge, trying to make her way
into the water body.

As the floundering animal disappears under the water, the two men wade to
her position and calmly take both ends of the foal.

At that point, the protective mum steps into the water and goes for the two
men cradling her newborn.

One of the keepers splashes water into her face to keep her away. 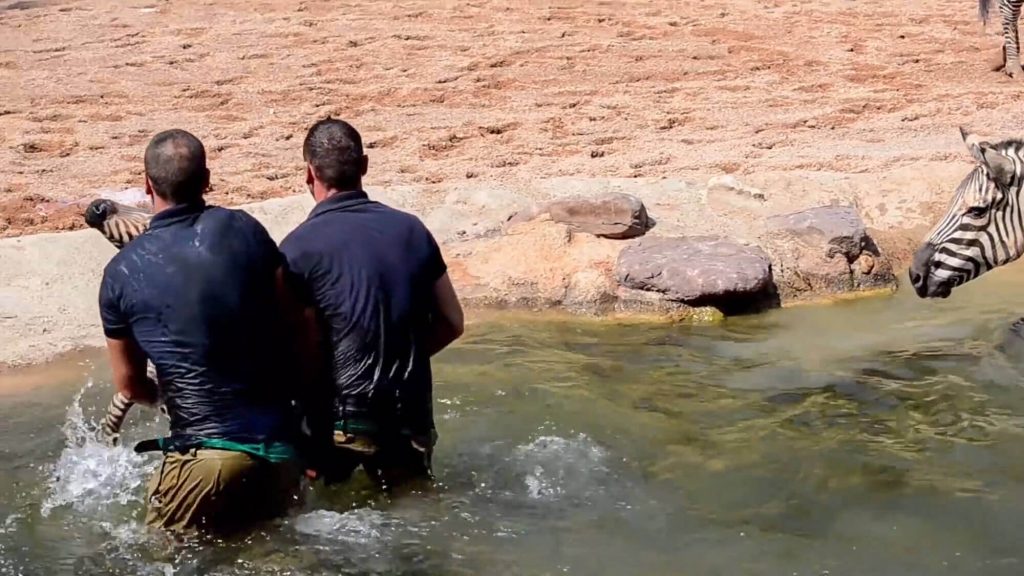 They manage to drop the foal onto dry land and quickly get away before the
panicked mum can get to them.

However, when she sees her youngster safe on the ground, she shows it
affection and the crowd of onlookers cheer. 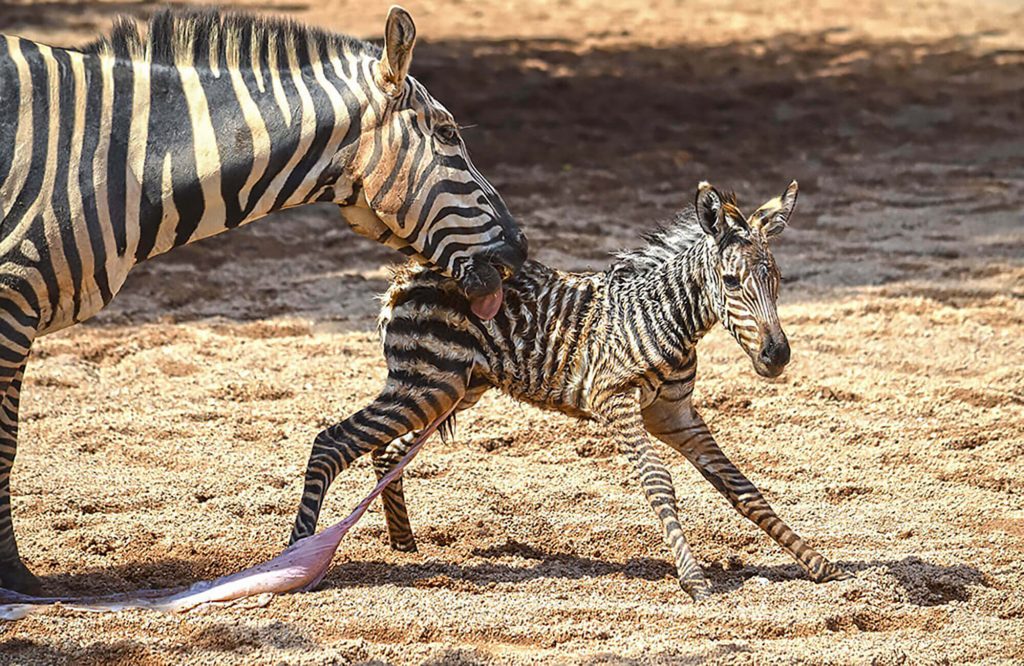 After a quiet night, the newborn male and mother are both reportedly well.

La Nina arrived to Valencia Bioparc in 2007 from Zoo Halle in Germany. The
father Zambe arrived from France in 2012.