This is the moment a bungling race official gets in the way of a winning
cyclist at the finish line and causes the runner-up to crash into his
flattened body and fly over the handlebars.

The incident took place during the 2018 Vuelta a Espana, an annual
multi-stage bicycle race held primarily in Spain and the footage shows the
official having his glasses knocked clean off his face by the winner. 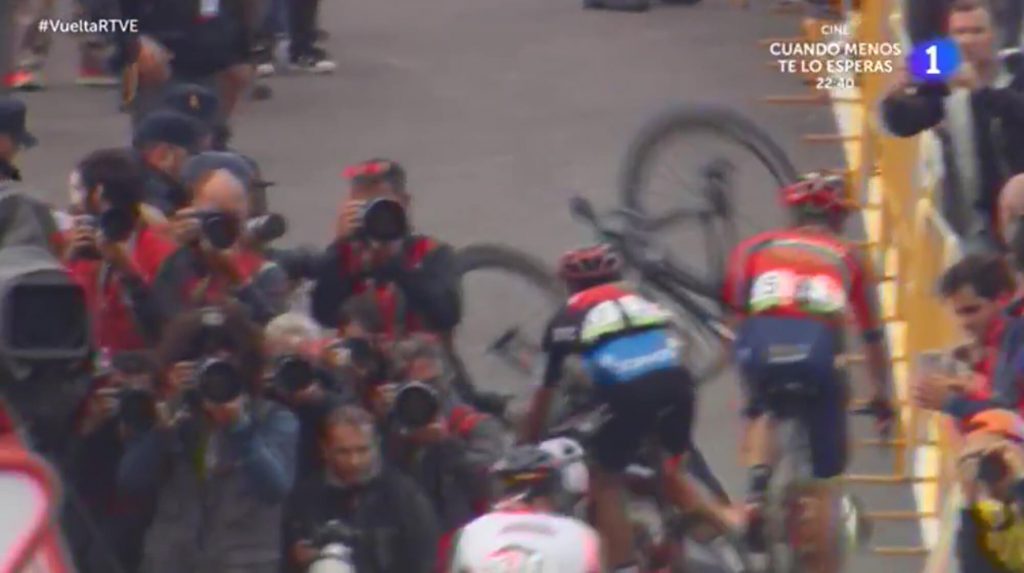 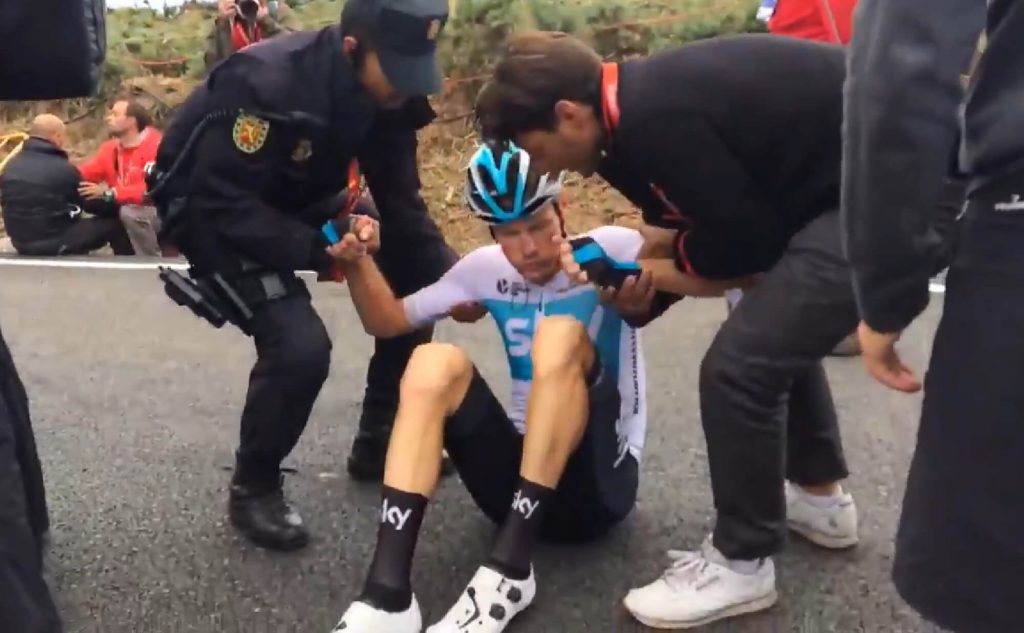 At the same moment, race official Chema Rodriguez is seen running on foot
just ahead of them.

Frenchman Geniez, 30, manages to pass the finish line in first place and he
punches the air in celebration.

Dutchman van Baarle, 26, dejectedly slumps his head while the balding
official continues to run just ahead of the cyclists.

At the moment that the winner passes Rodriguez, the official turns into his
path and Geniez smacks into his face.

The bald man’s spectacles fly into the air and he slumps to the ground,
right in van Baarle’s path.

The Dutchman can do nothing as he rides into Rodriguez’s floored frame and
goes flying over the handlebars.

One of the following cyclists hits the men on the ground, but manages to
stop himself from going over his bike.

According to local media, the race official needed to go to hospital after
the accident.

There have been no further updates on his condition.