This is the moment Spanish authorities rescue a sinking dinghy with 52
illegal immigrants trying to reach Europe from the North African coast.

The Maritime Safety and Rescue Society (Sasemar) agency shared a video of
the rescue that took place in the Alboran Sea off Spain’s southern coast.

According to local media, 52 illegal immigrants were on board the dinghy
that was just beginning to sink when it was initially spotted by Spanish
authorities. 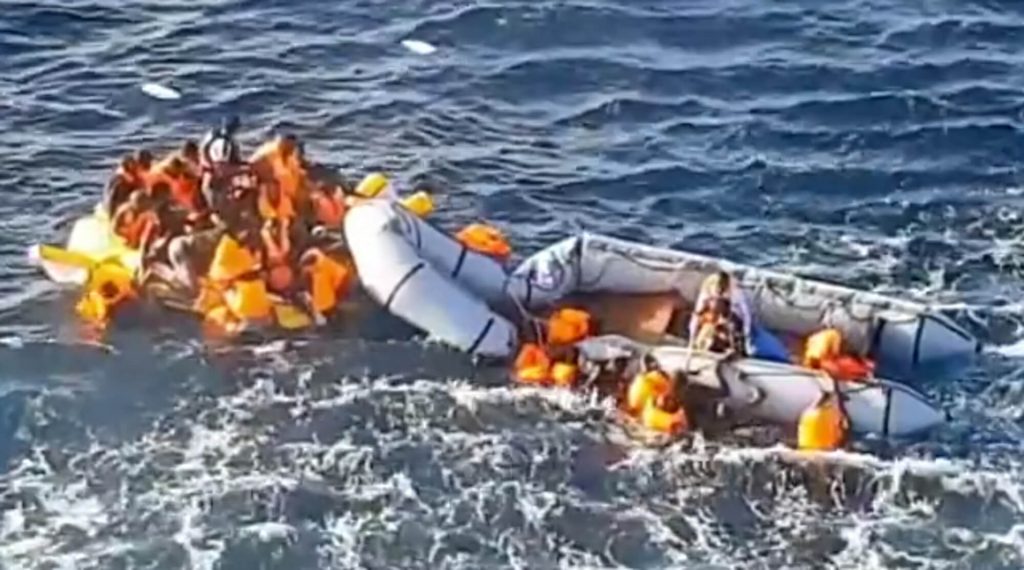 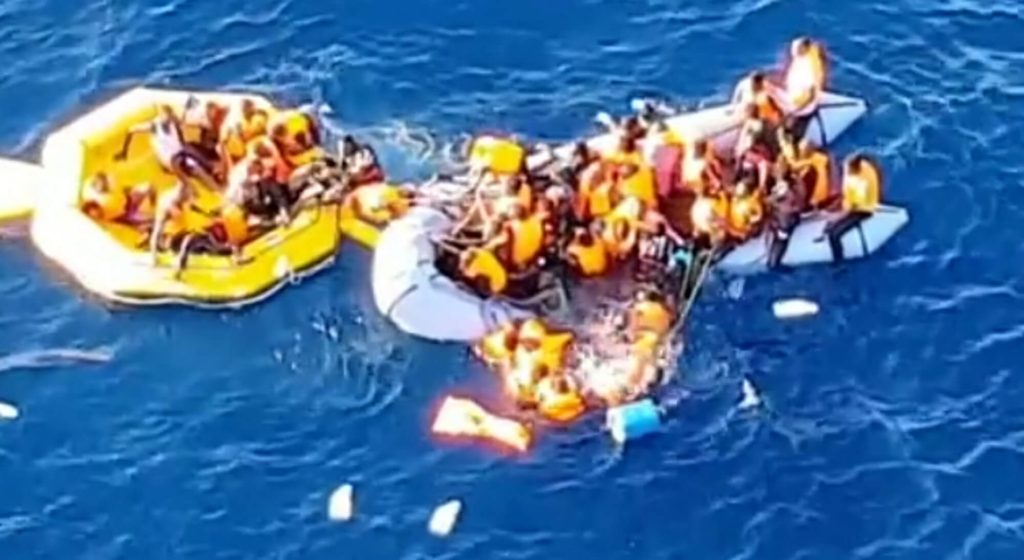 Sasemar sent a rescue boat and helicopter, which provided the yellow raft
the migrants were transferred to in the video.

According to the maritime agency, all the African immigrants they found at
sea were rescued but four people died after setting off from Morocco.

Prior to the rescue, Sasemar workers rescued a dinghy in a similar situation
with 51 migrants on board, including five dead people.

The vessel was spotted by a Sasemar aircraft and rafts were lowered to them
so that they could wait safely for a rescue boat to arrive.

The 51 illegal immigrants were taken to the Port of Motril in Andalusia.

From January until July this year, 318 migrants have died at sea trying to
reach the Spanish coast, according to official sources.

This number is three times more than recorded numbers for the same period in
2017.

Reports said that 1,500 people have died in the Mediterranean Sea in total
this year.