This is the moment a bull charges and tosses a man into the air during a
bull festival in a small Spanish town. 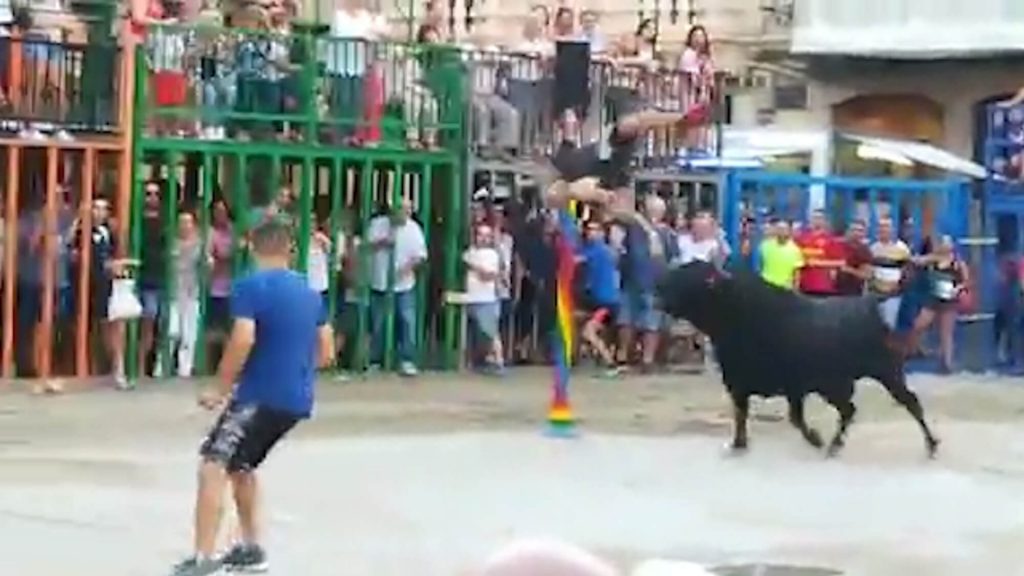 In total three people were hospitalised after being charged by bulls during
the popular annual bull festival in Burriana, in the eastern Spanish region
of Valencia.

The first man, identified by his initials as J.C.D, 24, from Burriana, was
gored in the thigh as he was caught by the bull and hurled effortlessly into
the air.

Other participants rushed to distract the bull as the young man lay bleeding
on the ground. He was taken to the La Plana Hospital where he is said to be
in a stable condition.

The second casualty was a 67-year-old man from Madrid identified as J.A.V.D.
As the bull lowers its head and charges he can be seen falling to the
ground. The injuries occurred after he had become distracted as he tried get
behind the fences surrounded the square.

Cornered by the enormous beast, he was unable to reach safety because of
overcrowding near the fence area and was gored in the leg leaving him with
serious injuries to the calf muscle.

Spectators immediately rushed to help him and carry him out of the square.
As they were waiting for an ambulance they applied a tourniquet to stem the
bleeding until he could be treated in hospital.

The third man named as J.L.V.T., 41, from Burriana was hit by the bull
repeatedly and was crushed against the barriers. He was also transferred to
the hospital with multiple injuries. 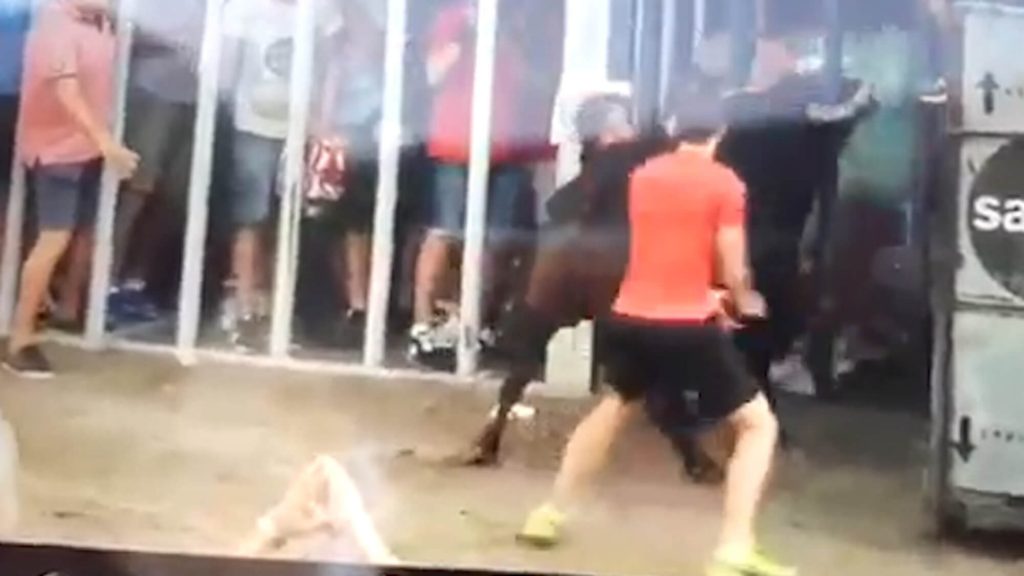 Following the three separate incidents the organisers decided to suspend the
event and requested all spectators to leave immediately.

Although professional bull fights associated with extravagantly decorated
suits and extensive ritual and pageantry are most commonly known to the
world outside Spain, most Spanish festivities involving bulls take place in
small town and village fiestas.

Injuries and sometimes deaths are common as ordinary individuals pit their
courage and athleticism against enraged animals. They are also increasingly
a focal point for tension between traditionalists and animal rights
activists seeking the prohibition of the events.