This is the moment a suspected car thief scrambles from a crashed vehicle
and then leaps from car roof to car roof to try and evade capture.

The man and another had been chased by cops because they were driving a
stolen car in Arrecife, a port city on the east coast of Lanzarote, one of
the seven Spanish Canary Islands.

But the alleged crooks, aged 35 and 44, crashed the vehicle which flipped
onto its side, allowing police to arrest one of the men who is pinned to the
ground to be handcuffed as this video shows. 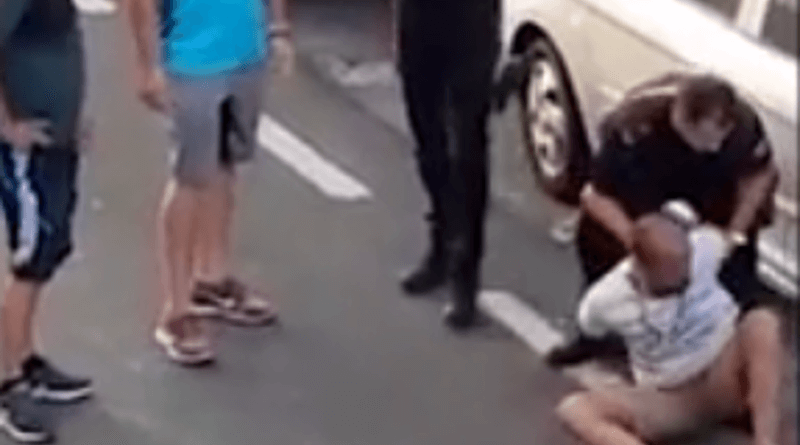 But the second man remains in the car, and as police officers deal with his
friend, he seizes the opportunity to scramble out of a window and over
nearby car roofs in order to make good his own escape.

But the two police officers are helped by three passers-by, forcing the
suspected crook to leap backwards and forwards before finally attempting to
make a run for it, and being flawed and handcuffed.

Police said they had identified the car as being stolen despite the fact
that the plates had been changed, and that the pair who were driving it had
sped off when the police officers indicated that they should pull over.
During the chase that followed, the car crashed.

The suspects have reportedly been charged with reckless driving and car
theft.