This is the moment a small crying boy and his parents were rescued from a
dinghy packed with migrants trying to enter Europe from Africa.

Spanish Civil Guard officers intercepted the small boat, with 30 people on
board, 10 miles off the town of Barbate on Cape Trafalgar in south-western
of Spain’s Cadiz Province in the Andalusia region.

They filmed the incident and the video shows officers handing a foil
survival blanket to a man holding his four-year-old son on his lap.

The father wraps the foil around the crying boy to protect him from the cold
and then stands up to hand him to a police officer who takes him onto the
Civil Guard speedboat. 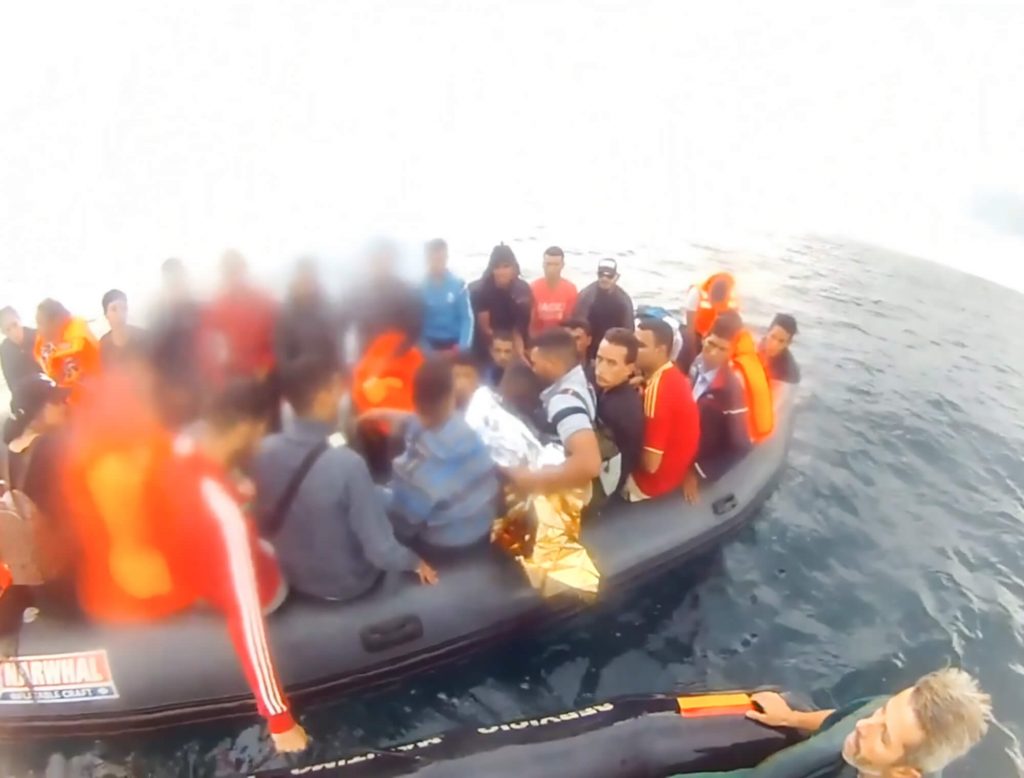 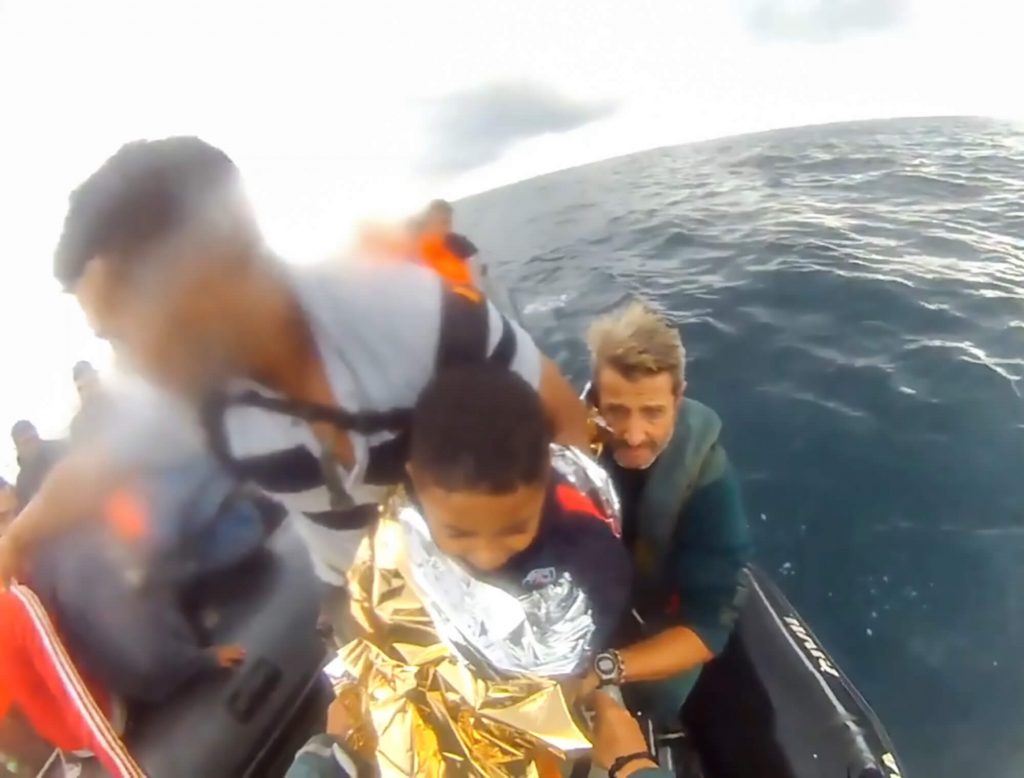 Officers then help the boy’s father, followed by his mother, onto the boat.
The video later shows the family being transferred to a larger boat.

Spanish police are calling for reinforcements to police the Strait of
Gibralter where Europe and Africa are separated by only 14.3 kilometres (8.9
miles) at its narrowest point.

The area has become a popular route for economic migrants trying to reach
Europe, as well as the largest gateway for drugs entering the continent.

Police say another eight boats, containing a total of 309 migrants, had to
be rescued in the area on the same morning as the one containing the boy.

And another boaat, containing 49 children, was intercepted by the Spanish
Civil Guard as it landed at the town of Tarifa, also in Cadiz Province.

The Battle of Trafalgar, in which the British Royal Navy, commanded by
Admiral Horatio Nelson, defeated Napoleon’s combined Spanish and French
fleet in 1805, took place off the cape.