This is the moment an armed robber jumps over a shop counter and takes a
female shop assistant hostage at knifepoint.

The man later died after repeatedly stabbing himself with the same knife
when he was cornered by cops after a police chase, according to reports.

The start of the incident was caught on CCTV cameras at a Chinese store in
the town of Torres do la Alameda near the Spanish capital city of Madrid.

The footage shows the man run into the store, jump over the counter of the
shop and take a young Chinese woman hostage. 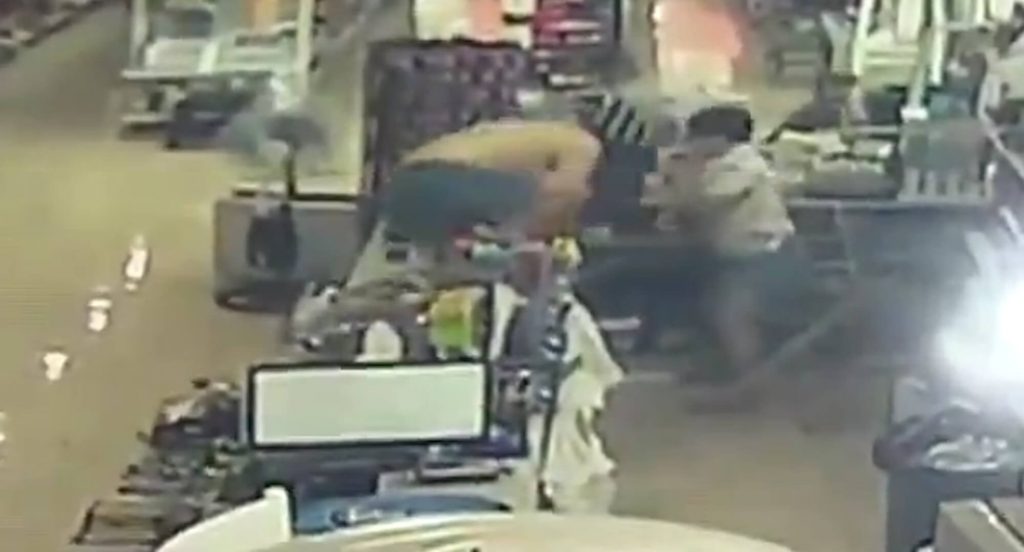 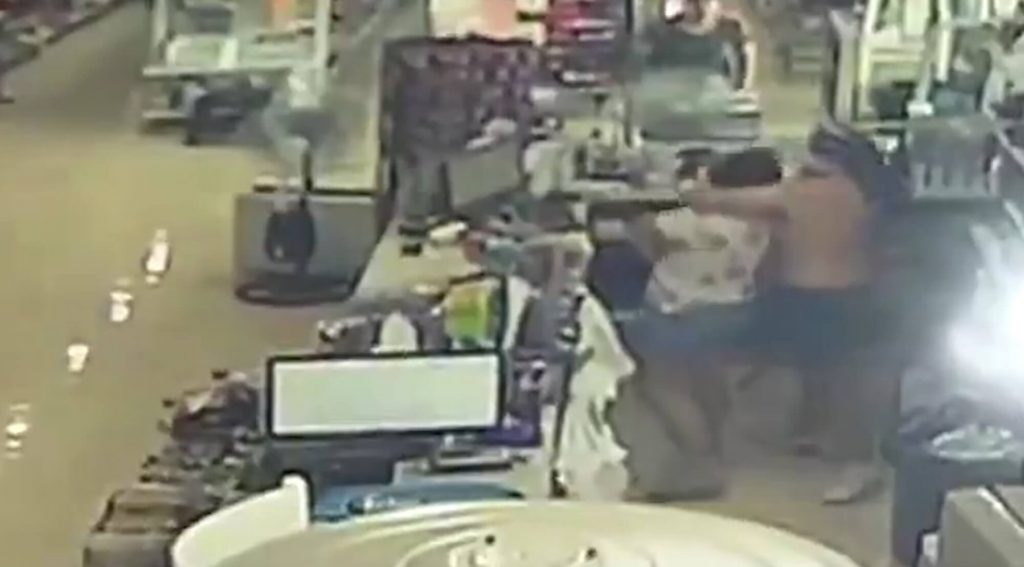 The robber, named by police only by his first name of Jesus, did not manage
to steal anything in the raid and ended up dragging the woman out into the
street.

The woman, whose name has not been released, told cops: “He told me he was
going to kill me. He asked if I knew how to drive and then dragged me into a
car.”

Jesus forced the woman to drive away from the scene and told her to pull
into a petrol station where she managed to escape.

Passersby challenged the man as he got out of the car, still holding his
knife, and ran into the nearby town cemetery with police officers now on his
tail.

He hid under some trees and tried to keep police at bay by threatening them
with the knife.

Police fired warning shots over his head but Jesus started repeatedly
stabbing himself with the knife as cops tried to calm him down.

One of the cops shot him in the leg, after he tried to stab one of his
colleagues with the knife, and he was arrested after falling to the ground.

Ambulances were called and paramedics treated the robber at the scene for
his injuries, as well as a suspected heart attack.

He was rushed to the nearby Hospital de Torrejon but died from the amount of
blood he had lost.

Eyewitnesses said the man appeared to be high on drugs and even shouted at
one point that he was going to take cocaine.

But a friend of Jesus, Israel Lojo, said he was a good man who had not lived
in the town but had been working there.

Mr Lojo said: “Jesus was not a thief. We are going to fight until the truth
is known. Everybody loved him because he was a good person.”

Jesus’s employer, who did not give her name, agreed: “He never caused any
trouble.

“He didn’t go to work after a row with his girlfriend. One of his friends
said he went partying and had take drugs.”