A man who went on a stabbing spree in the Spanish holiday hotspot of
S’Arenal and shouted in Arabic leaving a German tourist in intensive care
has been shot by police.

Officers managed to stop the deadly rampage which took place in Mision of
San Diego street, in S’Arenal, a well-known tourist area of Majorca, in the
eastern Spanish region of Balearic Island in the early hours of Monday
morning by shooting the perpetrator in the ankle, wounding him enough so
they could arrest him.

Two German tourists were attacked after being stabbed in the stomach and the
back. The men, aged 27 and 46, have not been named but were taken to the Son
Llatzer Hospital. One has been treated and released while the other remains
in intensive care with serious injuries. 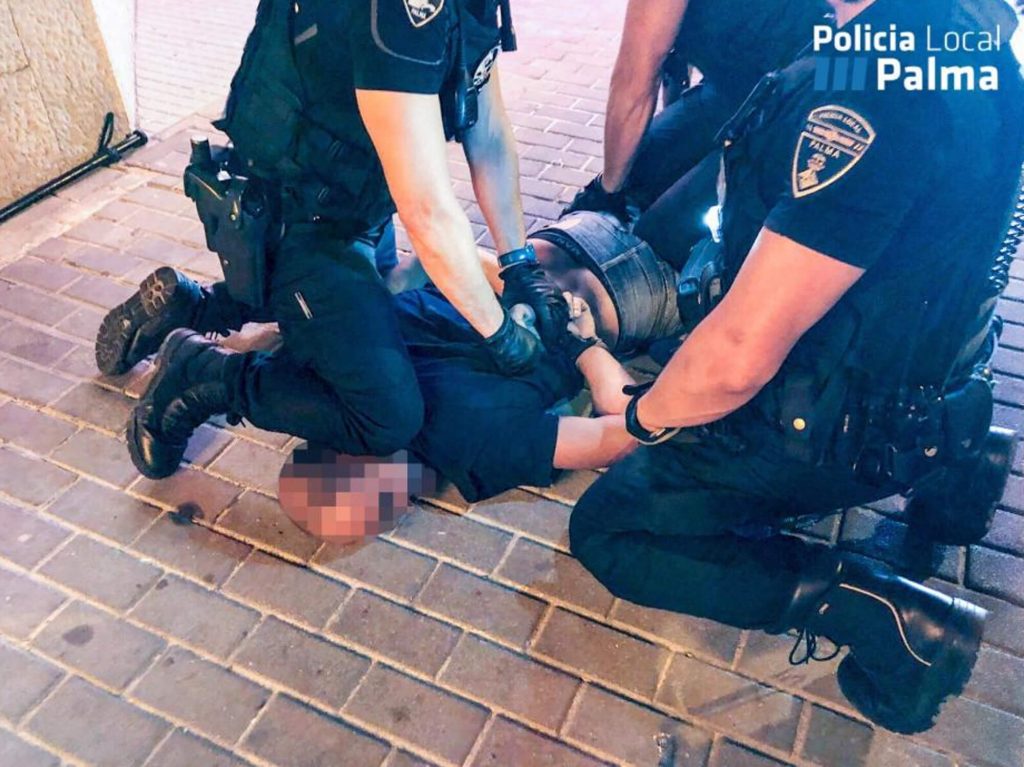 Officers say the attacker was still wielding the bloody knife when they took
him down after being called to the scene at around 1.30am.

Five officers were sent to the scene and were interviewing security guards
who had witnessed the incident when the attacker – who had previously left
the scene – returned still holding the weapon.

When officers approached him, the man reportedly threatened them with the
knife and started shouting in Arabic towards the beach.

According to reports, the attacker then lunged towards one of the officers
resulting in another shooting him in the ankle to stop him.

The attacker fell to the ground still holding the knife and a number of the
other officers managed to detain him and seize the weapon.

Onlooker Roberto, who works as a waiter in the area, said: “Two German guys
came across with Arab guy. They did not know each other. Then they started
to have an argument. The Arabic one then pulled out the knife and stabbed
one of them in the belly and the other one in the back”.

The stabbed pair then allegedly stumbled into the street, leaving a trail of
blood as they moved, and fainted on the road.

It is reported the attacker then went to the nearby beach, holding the knife
aloft, chanting: “I have killed them, I have killed them” in Spanish before
returning to the area where he was met by cops.

Another witness added: “The man was told at least five times to put the
knife down but he did not want to do what the cops said. A police officer
shot to the air and as he kept holding the knife, the other one shot him in
the leg.

“The suspect then called them Spanish racists.”

It is reported the attacker is a 31-year-old Libyan man, who has not yet
been named.

Police say he was taken to the nearby Son Espases hospital where he remains.

An investigation has been launched and is being headed by the homicide
department of the National Police.

Officers say they do not believe it was a terror attack.