This is the moment Catholic devotees jump into choppy waters to rescue a
shipwrecked Virgin Mary statue.

The incident took place in Caleta de Arriba in the northern Gran Canarian
province of Las Palmas, located in the Spanish Canary Islands.

According to reports, the Nuestra Senora del Mar (Our Lady of the Sea)
statue was being transported on board a small boat as part of a local
festival when the vessel suffered engine problems. 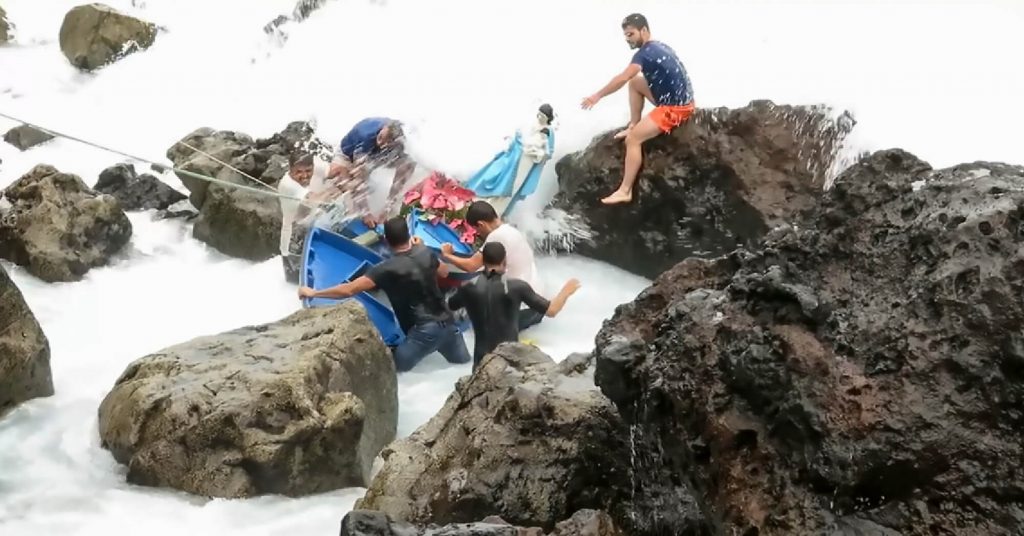 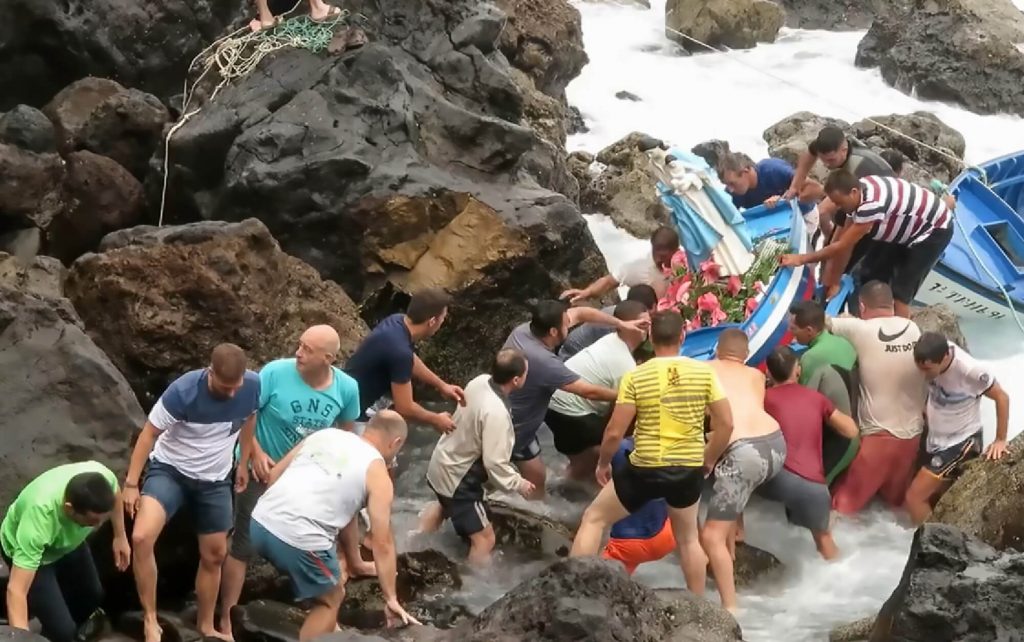 Strong waves sent the boat careering into rocks where it became trapped.

Festival goers jumped into boats and rushed to the boat’s position,
containing three men and the Virgin Mary statue.

In the video footage, a young man also jumps into the choppy waters and
tries to swim alongside the rescue boats making their way towards the three
sailors, who had abandoned the shipwrecked vessel.

When they get close to the three men, they throw them buoyancy aids and
several rescuers jump into the water to assist.

According to local media, villagers continued to brave the strong waves and
were eventually able to rescue the statue from the rocks.

It suffered only minor damage to one of the arms and the local council have
agreed to pay for the repair works.

Once the Virgin Mary was saved, the festival reportedly continued unabated
and the lively street parties lasted until the early hours.