This is the moment a woman with an English accent is heard calling a
‘drugged-up’ tourist dancing on the roof of a taxi a “d*ckhead” in Ibiza.

The incident took place around 3am in San Rafael, a village in Ibiza in the
eastern Spanish Balearic Islands.

The tourist was apparently caught on camera by English speakers who called
the young man a “d*ckhead” in the footage.

According to local media, the man had a bloodied face and had taken an
unspecified drug when he danced on the taxi’s roof in front of the
remonstrating driver. 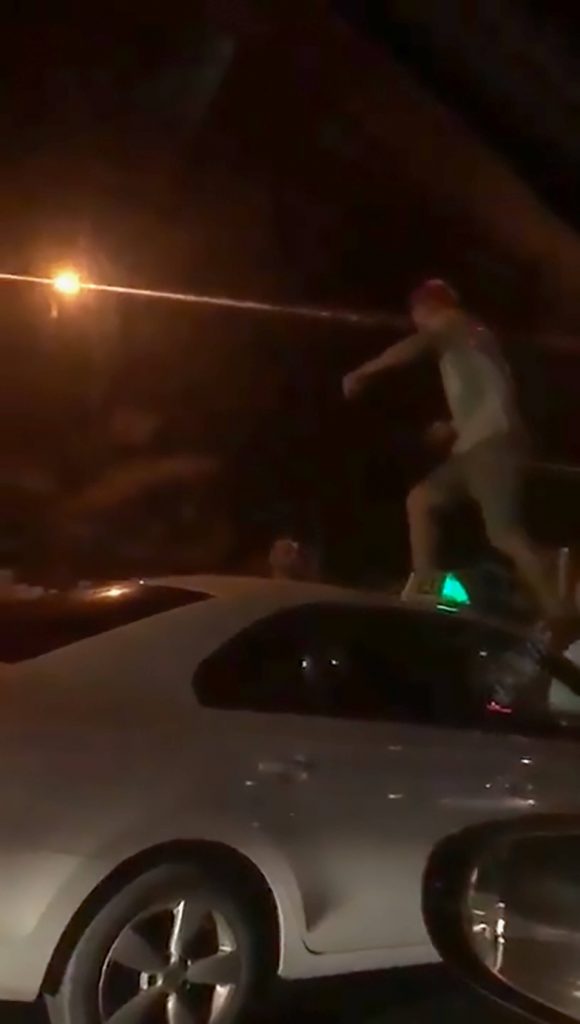 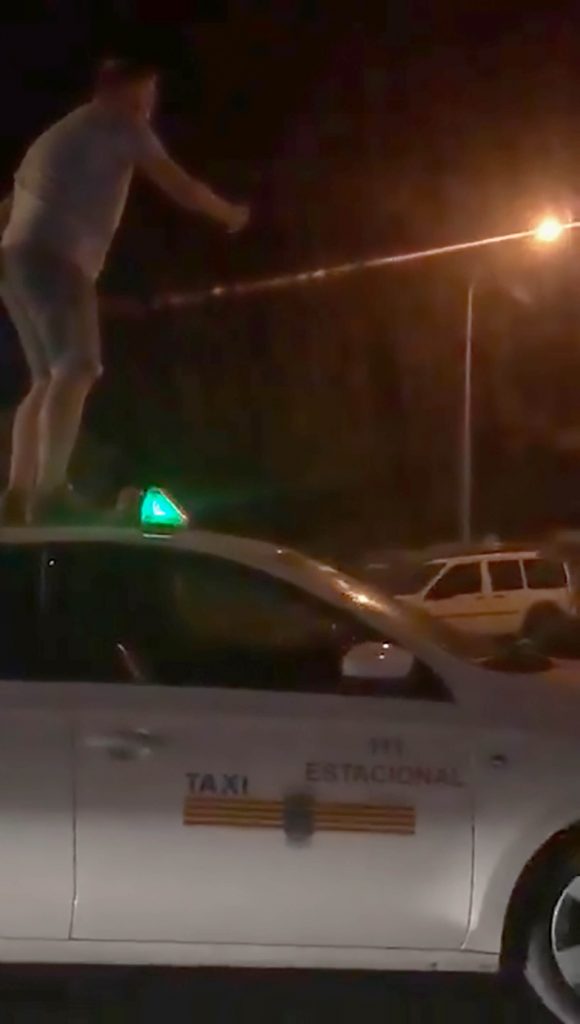 Eyewitnesses said that the tourist, whose nationality is unknown, was
clearly intoxicated and was involved in a heated row with the cab driver
moments before.

After a while, he suddenly jumped out of the taxi as it approached a
roundabout and decided to jump on top of it.

He then repeatedly walked all over it, carrying out a taunting dance in
front of the vehicle’s owner, and dented the roof in the process.

The man even apparently filmed himself damaging the car and insulting the
cabbie with his phone.

In footage of the tourist’s exploits, several English speakers pass the taxi
in another vehicle and film the allegedly drugged man as he jumps on the
taxi’s roof.

One man jokes: “Welcome to Ibiza!”

A shocked woman is heard saying: “What a d*ckhead! Oh my god.”

Reports said that the tourist left the scene shortly afterwards and has not
been identified.

Local authorities have confirmed that the incident is under investigation.