A Spanish couple who adopted an Indian girl have dumped her after
discovering she was not seven as they were told but probably more likely
around 13.

Social services of the local government of Aragon said they have now taken
over the custody of this girl whose adoptive parents, a couple from
Zaragoza, in the northern Spanish region of Aragon, dumped her after they
adopted her in January and then found out she was already a teenager instead
of being seven as her documents said. 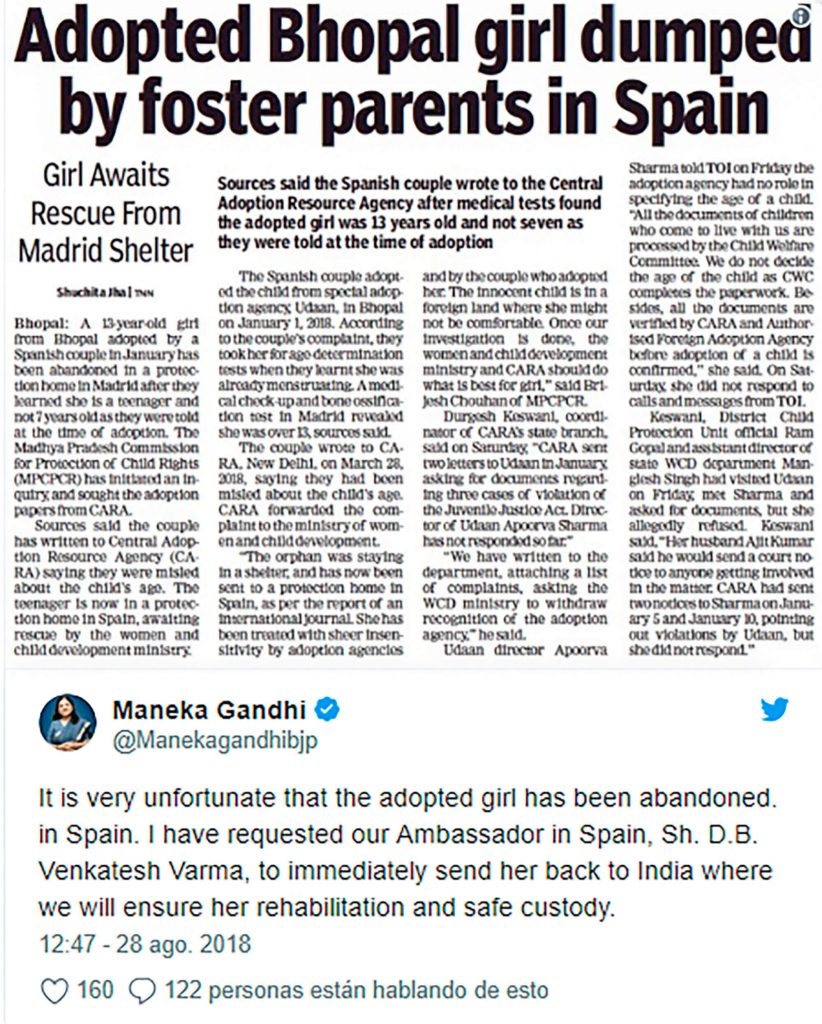 Indian authorities claimed that the girl is staying in a shelter centre
while both authorities from the two countries are working out a way to
guarantee the rights of the girl and look for alternatives for future.

Maneka Gandhi, the minister of Women and Child Development, said on Twitter:
“It is very unfortunate that the adopted girl has been abandoned in Spain. I
have requested our Ambassador in Spain, Sh. D. B. Venkatesh Varma, to
immediately send her back to India where we will ensure her rehabilitation
and safe custody.”

According to local media Heraldo, the director of the central organism of
adoption resources (Central de Recursos de Adopcion-CARA), Deepak Kumar,
said that “the parents felt they had been cheated regarding her real age as
the adoption process started with a wrong information.”

Indian authorities are trying to find out if the girl wants to come back to
her country or stay in Spain, as the girl has Spanish nationality after she
was adopted, according to the international adoption rules.

According to Kumar: “The age was established in Spain, but our agencies are
checking this out, and therefore a committee has been created.”

According to Indian government figures, between April 2016 and March 2017,
some 3,210 children were adopted, 578 of them by foreign parents.