The director of ‘Jurassic World: Fallen Kingdom’ has gifted a signed poster
to a small cinema in Spain because they did not have a printed version and
was forced to draw their own with a black marker pen.

The incident took place at the Terraza Espana cinema in the town of San
Javier in the south-eastern Spanish region of Murcia.

A photo of the hand-drawn poster for the new ‘Jurassic World’ film, sketched
by cinema employee Enrique Leante, was uploaded to social media by netizen
‘Faier’ and was widely shared online. 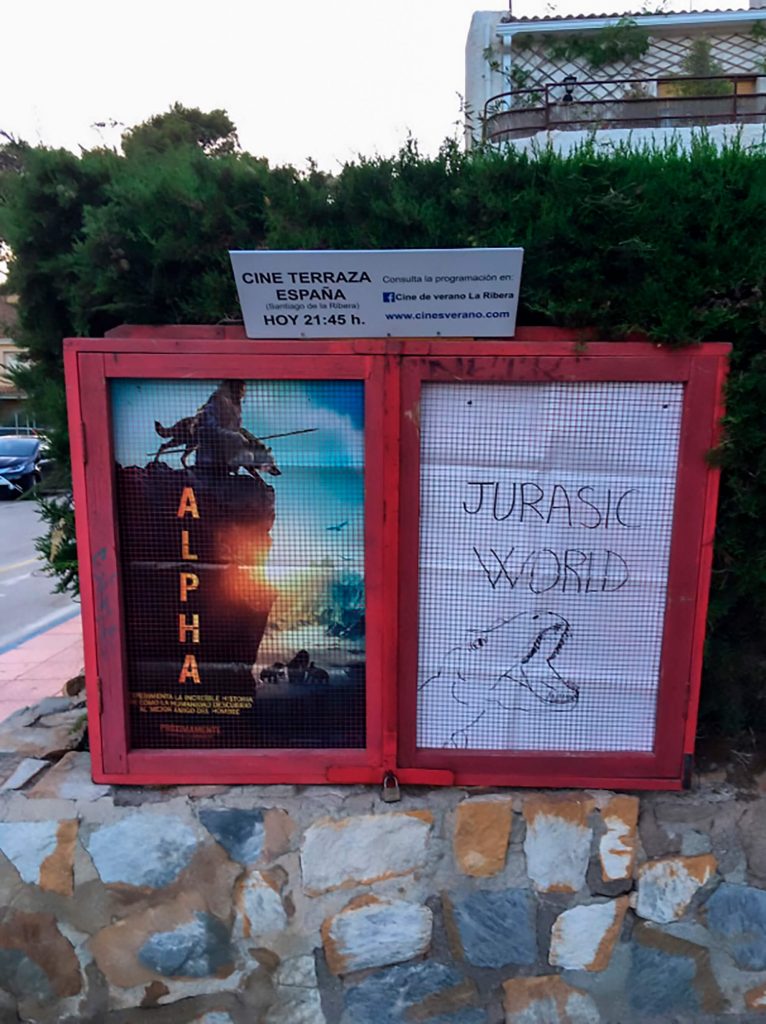 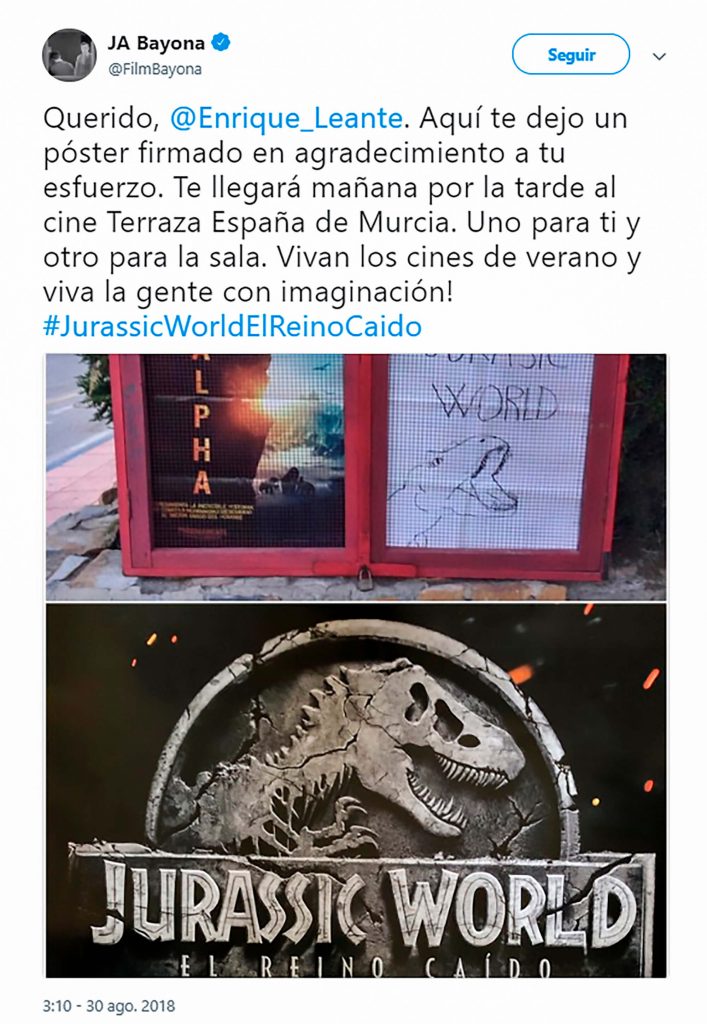 The image showed an official printed poster next to a hand-drawn T-Rex with
the film’s title sketched above it.

Leante told local media that the cinema had several posters inside and
around the town but that there were not enough, explaining: “Sometimes they
get lost or ripped.”

He added: “So I decided to draw one in a minute and a half.”

Leante’s hand-drawn poster was put on display on the town’s beachfront
promenade.

He kindly sent the cinema employee two signed posters with the message:
“Dear Enrique Leante. Here you have a signed poster thanking you for your
effort.

“It will arrive tomorrow afternoon. One for you and another for the cinema.
Long live summer cinema and people with imagination!”