Police used GPS tracking to rescue a drunk reveller who woke up in the
locked toilet of a bar without being able to remember where he was the night
before.

The partygoer, whose name was not revealed, had been drinking heavily in the
city of Pamplona in the northern Spanish province of Navarre.

According to reports, he woke up the next morning around 11am and found
himself locked in a strange public toilet. 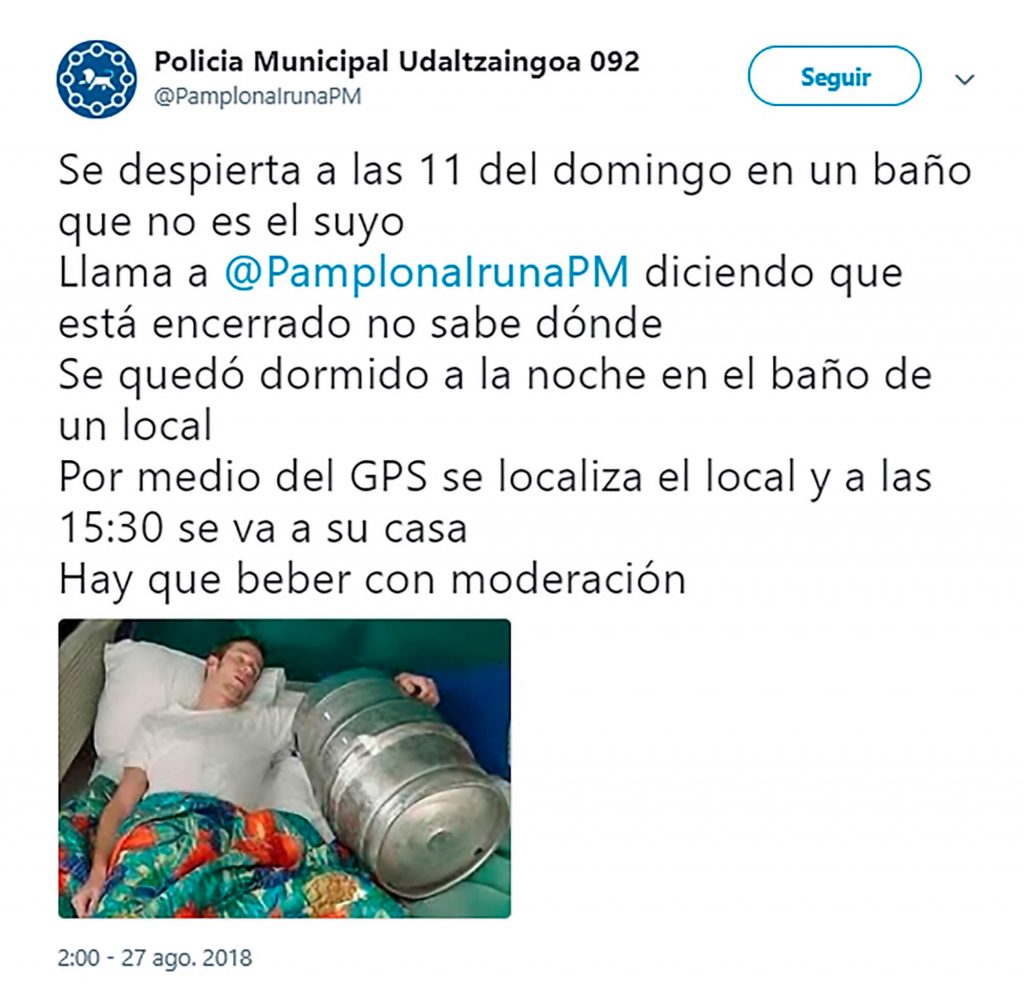 As he had no memory of the night before, he began to panic and called the
cops.

Officers used the GPS on his mobile phone to locate the frantic partygoer’s
position.

A few hours later at around 3.30pm, the man was back home nursing a savage
hangover, according to local media.

Police took advantage of the bizarre incident to advise youngsters of the
dangers of alcohol, reminding them: “You should only drink in moderation.”

Netizens had a lot to say about the man’s drunken mishap. Social media user
‘Danielborda’ wondered: “Don’t they ever clean their toilets?”

‘Moogar’ added: “What about the bar staff? Surely they check if people are
inside at the end of the night?”

‘Liszfree Lisz’ added: “What a great drinking story! I would still be
laughing if I was the police officer called out to rescue him. This is the
best thing I have read in ages!”